Bitcoin is the first-ever decentralized global digital currency. Among other things, this means that it is entirely computerized and doesn’t have a physical form. 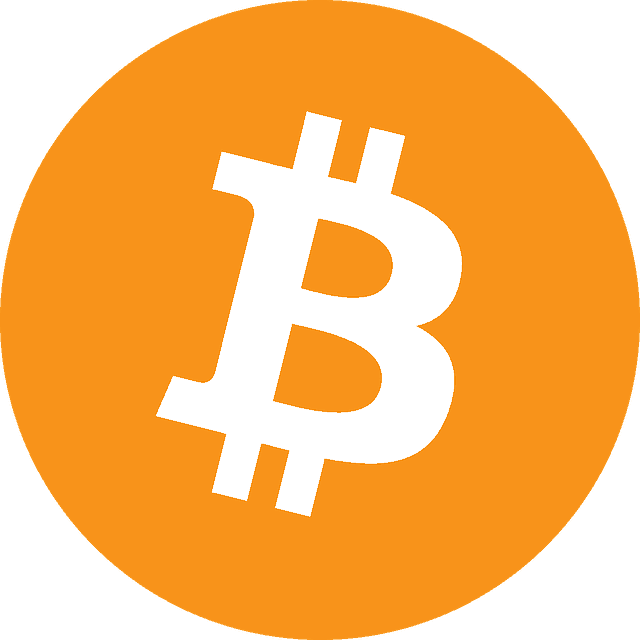 Bitcoin can be sent quickly and securely from any point in the world to another; the only need is an internet connection. Due to being a decentralized coin, the Bitcoin price is determined in the free market, subject to supply and demand.

Bitcoin is stored in digital addresses that are spread throughout the Internet, it is a cryptographic coin which is based on encrypted technology (blockchain). Because Bitcoin is decentralized, it is a currency that is not controlled by any central authority like a government or bank.

Since Bitcoin is an open-source project, many developers had contributed and continue to develop the code of Bitcoin on a daily basis.

Value of all Bitcoins:

After reading the basics, you are welcome to continue to our featured articles that will guide you through the Crypto world:

In 2008, during the global economic crisis, also known as The Sub-prime, a man or woman nicknamed Satoshi Nakamoto decided that it was the right time for the first digital decentralized currency.

On October 31, 2008, the Bitcoin idea was introduced with the release of a whitepaper titled Bitcoin, A Peer-to-Peer Electronic Cash System, written by Satoshi.

It’s worth noting that Satoshi Nakamoto is believed to be a pseudonym, and the true identity of the Bitcoin inventor remains unknown to this day. Although some people claim to be Satoshi Nakamoto, none of them have provided sufficient evidence.

In its first two years of existence, Bitcoin had almost no monetary value. Nevertheless, it soon created strong and active communities of people who continuously improve the original code.

In 2010, Satoshi left the development of Bitcoin, and their last known communication was an email from April 2011.

In the following years, however, the community became bigger and stronger, as more and more improvements and use cases for Bitcoin started to take shape.

It was once thought that an entity such as a major bank or government must stand behind a currency and ensure the stability of its economy.

Only a few decades ago, however, the Debt Economy started to take shape. It’s the era we’re in today, in which the central bank of a country can print new bills at will without linkage to any tangible asset base (e.g., gold).

This mechanism creates inflation: continued price rises and the erosion of the value of the currency over time. It should be noted that before this era, money was not controlled by governments or central banks.

Bitcoin gives us complete control over the money that we hold.

Behind the Scenes: Bitcoin’s Blockchain

The Bitcoin protocol is built on the blockchain technology. The blockchain represents a digital ledger that includes all of the transactions in Bitcoin’s history and is divided into blocks.

Bitcoin’s blockchain derives its strength from the nodes which are scattered throughout the world. Anyone can create a node and help to preserve the blockchain.

Therefore it’s said that Bitcoin is decentralized – no single entity, be it a bank, a company, or a government, can co-opt the network. Hence, Bitcoin can’t be shut down.

Unlike banks, anyone can create a Bitcoin wallet account

On its own, this brings a lot of benefits, perhaps the most important of which is accessibility and censorship-resistance.

Banks create policies to which customers must oblige; if they fail to do so, the banks have the authority to shut down their accounts. Banks can also reverse or freeze transactions and accounts. This can’t happen with Bitcoin because there’s no central authority controlling it.

In terms of accessibility, literally anyone in the world who has access to the Internet can obtain, send, store, and transact with Bitcoin. Anyone can open a ‘Bitcoin account,’ which is basically downloading a digital wallet app.

Sending large amounts of bitcoin is a lot quicker and cheaper than sending fiat currency through traditional bank transfers. When was the last time you sent $300 million for a $1 fee?

Bitcoin creation: What is Bitcoin mining?

When Joe wants to send Bitcoin to Annie, he creates a transaction and signs it with his private key and then broadcasts it to the network. Here come the miners.

Basically, the miners are the ones who validate and verify transactions, put them into the next blocks, and broadcast them to the public ledger, or the blockchain. This is where the word comes from – it’s essentially a chain of blocks.

When was the first Bitcoin mined?

On January 3rd, 2009, the first Bitcoin was mined to the world. Also known by “block number 0” or the Genesis block. The block carried a reward of 50 Bitcoins for the miners.

What is the miners’ reward?

There are two types of rewards that miners earn – the first is transaction fees for validating transactions, and the second is the block reward.

The miner who manages to solve the aforementioned cryptographic problem receives a block reward, which is the second type of miners’ reward.

As of writing these lines, every block has a reward of 12.5 bitcoins. According to the Bitcoin protocol, every four years there is a halving event, at which time the reward is cut in half. After the halving of mid-2020, the reward will become 6.25 bitcoins per block.

So why isn’t everyone mining?

Well, mining involves solving difficult mathematical cryptographic problems, based on the hash algorithm (the solution is the proof-of-work that gets added to the new block).

In the early years of Bitcoin, a personal computer could produce enough power to mine Bitcoin. But in these days, as competition grew, only huge mining companies such as Bitmain could take part in mining Bitcoin.

It’s worth noting that Bitcoin’s protocol only allows the creation of 21 million coins. Once this number is reached somewhere around the year 2140, no new bitcoins will be created, and miners will only be compensated with transaction fees.

This brings us to the next point regarding the advantages of Bitcoin over traditional FIAT currencies.

How to buy Bitcoin?

The simplest and easiest way to get Bitcoin is by buying online or at local Bitcoin ATMs that are located around the world. The most important thing is to buy only from a well-known provider.

Click here to buy Bitcoin with a credit card on CryptoPotato, via our third-party provider.

How and where to store Bitcoin?

Just as regular coins are stored in your wallet, Bitcoins are also stored in a dedicated digital wallet. Each wallet has its public digital address, to which coins can be received.

The address is a string of numbers and English letters about 30 characters long. There is no cost to create a new wallet, or a limit on the number of wallets you can have. There are several types of digital wallets, which differ mainly in their security level.

Is it safe to send Bitcoin?

A Bitcoin transaction is a digitally signed order and hence, securely encrypted. The transaction is signed by the outgoing wallet and gets broadcast to the internet, and then gets listed on the block explorer.

Where can I track my Bitcoin transaction?

The block explorer is a public ledger that keeps a live log of all Bitcoin transactions. The blockchain of Bitcoin is transparent, remember? The ledger is divided into blocks, each block contains many log commands, and once the block is closed, the actual transaction takes place.

How long does it take to send Bitcoin?

Usually, it takes an average of about 10 minutes to close a block and confirm a Bitcoin transaction. This varies and is subject to network traffic.

What is the cost to send Bitcoin?

The only cost of a Bitcoin transaction from one place to another (doesn’t matter the physical distance) is the transaction fee, which is added to each order and paid to the miner for his work to close the block.

Relative to the means of money transfers, the cost of transferring Bitcoin is significantly cheaper. The fee is not fixed, and most of the digital wallets automatically calculate the minimum necessary fee.

The higher the fee, the faster the transfer will be (i.e., your transaction will be handled by the miner, who prefers to take the higher fee transactions) As of writing this, Bitcoin’s transaction cost (fee) is even less than $1 for most of the transaction.

Is it possible to buy or send less than one Bitcoin?

Bitcoin has eight numbers after the decimal. The smallest amount is 0.00000001 Bitcoin, and this unit of measurement is called one Satoshi. It is better not to send such a small amount because the transaction fee will be higher than the amount sent.

Bitcoin use: Who accepts Bitcoin? What can I buy with Bitcoin?

Today more and more business industries are adopting Bitcoin as a valid payment method. Bitcoin’s daily use as money is still not as common as the traditional FIAT, but your Bitcoin account can be linked directly to VISA debit cards (side note: you should check regarding the taxation in such case).

What is the Guinness record for the most expensive pizza?

During the summer of 2010, when many had doubted the concept of Bitcoin, one of the early adopters named Laszlo Henitz tried very hard and succeeded in ordering pizza and paid for it with Bitcoin.

In those days, Bitcoin was worth nothing (cents), and to order two family pizzas worth $ 30, Laszlo paid 10,000 Bitcoins! What was later considered as the first-ever purchase in Bitcoin, also became the world’s most expensive pizza. 10,000 Bitcoins worth today is worth more than 25 million USD.

That has to have been the most expensive pizza: