A multitude of multi-currency digital wallets is available for cryptocurrency owners to choose from. But, which one is the best and the most secure? That’s the question that we aim to answer in the following article.

Each wallet will be rated based on its type, ease of use, and other functionalities. An important parameter that needs to be highlighted while reviewing the wallets is their security options. It is imperative that digital wallets stay secure and out of reach of hackers and other threats because they contain your valuable digital tokens.

Coinomi is the first wallet on our list. It supports more than 200 different digital tokens and several blockchains. It’s a great multi-asset cryptocurrency wallet, and at present, the wallet is only available for mobile devices.

Coinomi was opensource during the recent past and users can still download earlier versions of its code. Coinomi’s application license was changed after some hackers were found to be manipulating Coinomi’s code.

The wallet is very user-friendly and streamlines the process for sending and receiving payments from different blockchains.

Despite being the most popular and versatile digital wallet on our list, the reviews of Coinomi are mainly negative. Many users complain of lack of support and funds being stolen out of nowhere.

The majority of users agreed that Coinomi is a great wallet if you are going to use it for storing a small amount of cryptocurrency, but for more significant amounts, it is very unsafe. It only received a 3.4 rating on cryptocompare, with 120 user reviews. 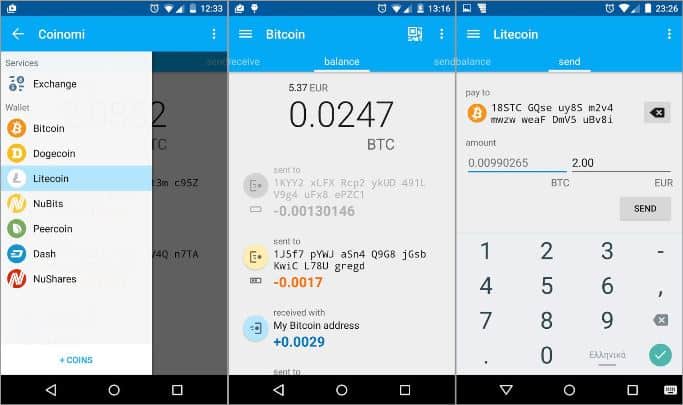 Exodus provides an excellent UI along with seamless performance. It is a desktop wallet and is not available for mobile devices. Your private keys remain secure on your device and never leave it. Exodus can even encrypt the private keys for you.

The cryptocurrency exchange, ShapeShift is integrated into Exodus, which provides you with one-click, efficient trading options. Exodus supports more than ten different cryptocurrencies and doesn’t plan on adding support for more, in the near future, because they only support the tokens that are accepted by ShapeShift. Like Coinomi, Exodus is not an open-source wallet.

Exodus might only support a handful of cryptocurrencies but is famous amongst the crypto community. The vast majority of the users reviewed it positively, mentioning the active and quick support. 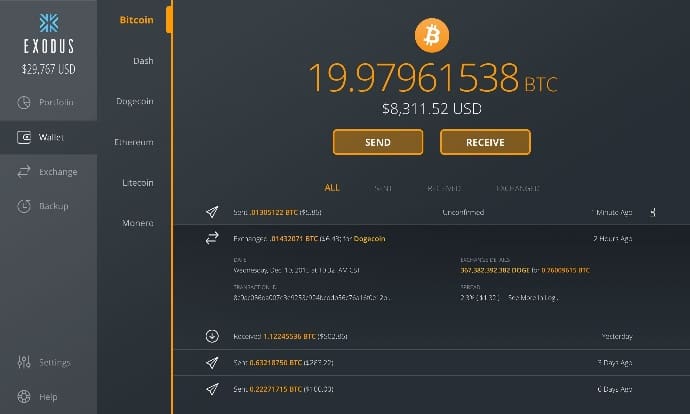 Jaxx is a multi-platform multi-asset cryptocurrency wallet. Users can install Jaxx on their desktop computers or mobile phones. Jaxx is available for Windows, Linux, Mac, Android, and iOS. You can read our Jaxx dedicated guide.

The dark UI of Jaxx wallet is really attractive, and the users can easily carry out transactions using Jaxx’s one-click approach. The private keys are stored on the user device, and Jaxx does not access them. The support team is known for its effectiveness and fast response time.

Jaxx currently supports around 12 cryptocurrency tokens. Jaxx provides a 12-word “Masterseed” phrase for ownership and control. Using this “Masterseed” phrase, users can regain access to their wallets if they lose their device. Users can also easily swap between cryptocurrencies and exchange the tokens using its “exchange” button. 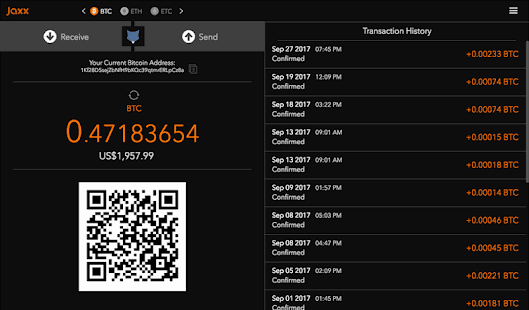 Cryptonator is the most notorious digital wallet on our list. Sounds of a scam resonate around this online cryptocurrency wallet. Unlike other wallets mentioned on this list, Cryptonator takes control of your private keys, so you’re giving control of your funds to a third party, which is a red flag for us.

However, controversial that method may be, users still genuinely use the platform. Cryptonator does take adequate steps to secure the funds of its users. They claim to offer bank-grade security measures, and all services run entirely over secure SSL connections, and all the critical data is hashed using the SHA-256 cryptographic algorithm.

Lastly, the online platform provides you with the facility of two-factor-authentication, which makes your account a little bit more secure.

Many traders use Cryptonator because it supports several altcoins that are not supported by mainstream wallets and exchanges.

On Cryptocompare, Cryptonator received a rating of 2.6 with only 31 user reviews. I would advise you to consider carefully if you plan on using Cryptonator.

AtomicDEX is a cryptocurrency wallet supporting more than 30 different tokens and coins, including KMD, as it’s integrated with Komodo. It has built-in decentralized exchange features. Thanks to the atomic swap technology, users can swap coins and tokens with other users directly from their wallet. The atomic swap as peer-to-peer, so there’s no need to make any deposits to centralized exchanges. Users are always in possession of their private keys.

This same technology functions like a cross-protocol bridge. Users can swap BTC and other BTC-based assets such as Litecoin, directly for Ethereum or other ERC20-based tokens. For instance, users can swap Bitcoin Cash for Basic Attention Token (BAT) directly through the AtomicDEX wallet. 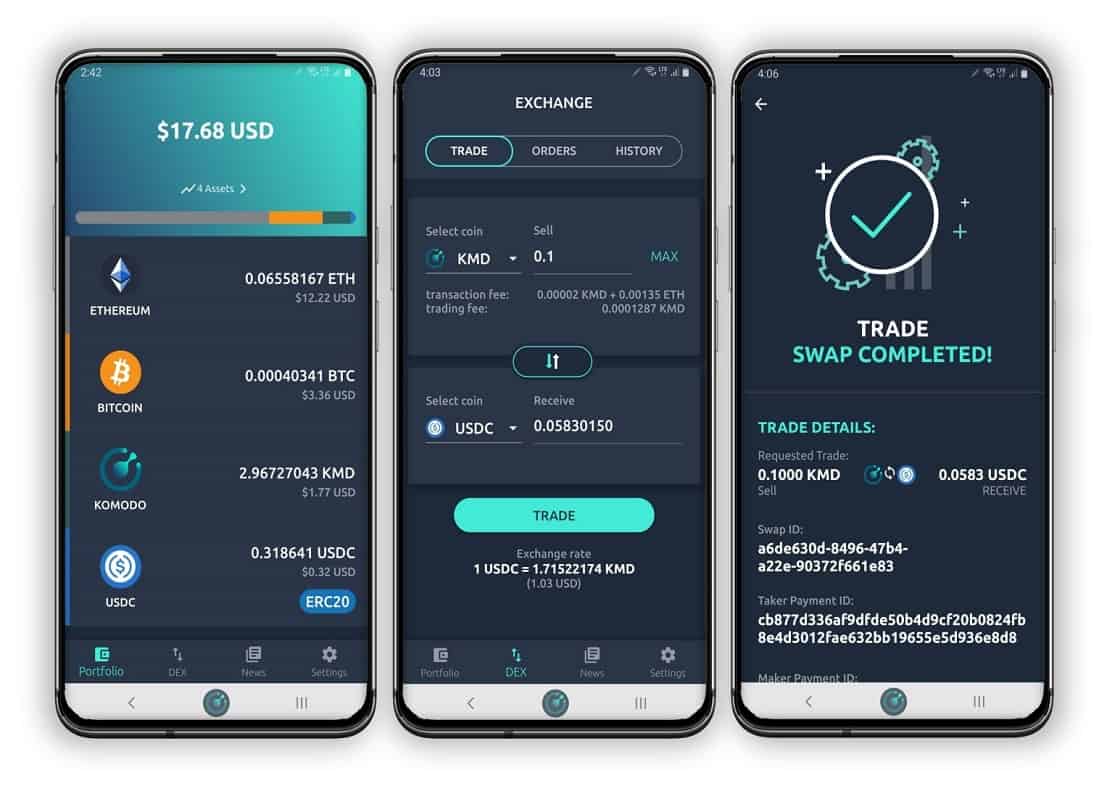 imToken is a user-friendly mobile-based digital wallet. The wallet was released in 2016 and is developed and maintained by ConsensLab, which is a Chinese company. The wallet is Ethereum blockchain-based and hence supports ERC-20 tokens, like most of the ICOs.

imToken does plan on integrating more blockchains, and currently is only focusing on Ethereum based blockchains. An exciting feature of imToken is that it allows users to decide the transaction fee, higher fees will, of course, mean faster transaction acceptance.

imToken boasts an attractive, light, and fast UI. The application is also focused on a one-click approach, bringing all the functionality one-click away from the users. This makes the applications easy to use and removes complexity often associated with cryptocurrencies. 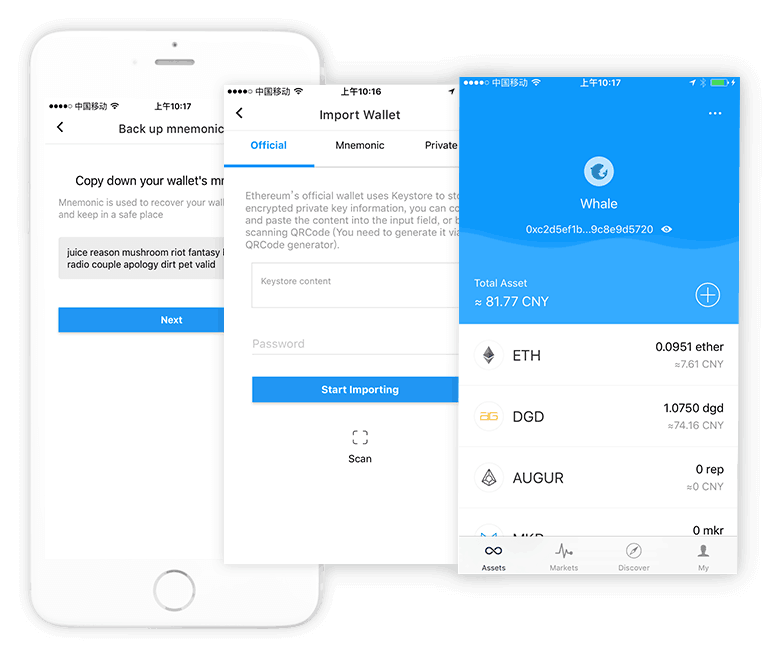 Guarda wallet brings forward a multiplatform wallet for cryptocurrencies, which is custody-free. It has a user-friendly interface, and it allows the storage, management, reception, and transfer of digital assets. Currently, the Guarda Wallet supports more than 40 of the most popular blockchains, as well as thousands of their tokens. These include BTC, BCH, ETH, XMR, ETC, ZEC, EOS, XRP, LTC, and many more. All of the cryptocurrencies can be purchased within the Guarda wallet using a credit card. Users are also able to exchange them through the integrated exchange service, while also making quick crypto transactions.

The wallets are available in Web, Desktop (Linux, macOS, Windows), Mobile (Android, iOS), as well as in a Chrome Extension version. They are accessible from each internet-connected device.

Because Guarda Wallet is non-custodial, users can rest assured that the company does not store their personal information or private keys. 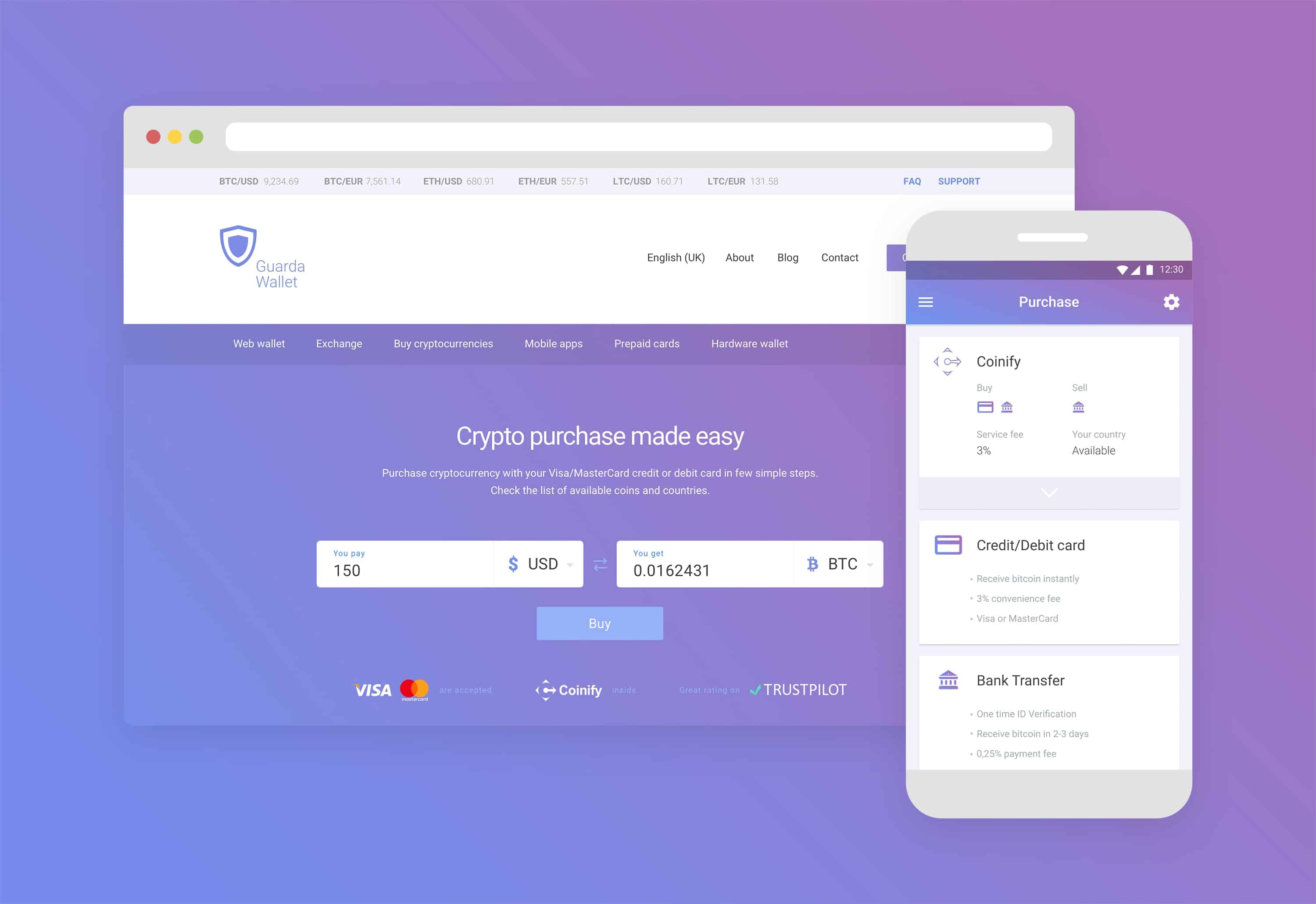 A word about hardware wallets

Regarding multi-currency wallets, we must mention hardware wallets, such as Trezor and Ledger Nano S, which have a higher security level due to their cold storage. Both have a decent and growing amount of supported cryptocurrencies. The disadvantages are the variety of supported tokens, and that hardware wallets are not free.

Going for a shady digital wallet might result in loss and theft of your valuable cryptocurrency assets. Every wallet has its pros and cons, the most important, in our opinion, is to keep your private keys in your hands. A good strategy would be to choose a wallet that has a robust online presence and where its support is known to respond quickly. As always, never send anyone your private key and create an offline backup.