Shortly before Passover, young Jesus arrived in Jerusalem. There, in the courtyards of the Temple, he saw merchants offering their wares next to money changers and his heart filled with rage. He turned their tables and scattered the market in an act that would shape Christian morals about money. In the face of the holy poor ideal of the New Testament, the Catholic theocracy has always worked to strengthen its political-economic position. However, the spirit of the Renaissance changed the rules of the game to establish a society whose values are based on rational, logical, and systematic inquiry. Meanwhile, the mathematician, Luca Pacioli, formulated an accounting system called “double bookkeeping” and laid the foundations for modern accounting. Money was no longer a form of divine reward or punishment, and its use must be studied patiently and thoroughly.

Alongside the cultural-political-economic developments of the Enlightenment, there were those who challenged Catholic hegemony and laid the foundations for the division of Christianity. On October 31, 1517, Martin Luther published the theological paper, “Ninety-five Theses“, which inspired the spirit of the Protestant Reformation. Protestant ethics left no room for confessions and prayers and replaced them with the morality of work and diligence. In the Protestant world, business success is a greater honor than a religious or aristocratic heritage and is evidence of God’s will and love. Protestant ideology spread throughout Europe and is considered a central factor in the development of capitalism and the wealth of Protestant states such as the Netherlands, Switzerland, and Scotland.

In Scotland, in 1776 the philosopher-economist Adam Smith published “The Wealth of Nations” in which he describes his theories on how economies grow and determines a number of key principles that will shape modern economics. The most important and well-known principle is the principle of the “invisible hand,” according to which a free market is a necessary condition for the economic development of a nation, and government intervention undermines the ability of the market to reach the optimal balance between supply and demand. Smith’s premise was that the aspiration of a person to promote his personal desires contributed to society as a whole. Indeed, the golden age of Europe was characterized by unprecedented growth and alongside the great revolutions of Europe Smith’s theory spread to what later became known as – capitalism.

However, along with the praise Smith received, he was also criticised. Among the many critics of Smith and capitalism, the most prominent of them, Karl Marx, provided his own political, economic theory. The history of society argues Marx is the history of class struggle. In his historical analysis, Marx diagnoses the ailments of human society and points an accusing finger at capitalism as the source of all evil. According to Marx, economic gain is a laundered word for exploitation and inevitably comes at the expense of someone else. The capitalist system, in his opinion, makes the society individualistic, competitive, stressed, and unequal. Marx also criticizes the consumer fetishism of capitalist societies and the laborious work ethic, which leaves no time for freedom of thought which, in turn, leads to alienated bureaucratic conformity. Thus, the Marxist utopia aspires to free the masses from its false consciousness within the framework of a political coup and to take over all the means of production of the economy. There is no more private property. There is no inheritance. Everything belongs to everyone. An end to oppression.

Although Marx was good at describing the ailments of modern society, its vague and baseless solutions succumbed to human nature as it is manifested in reality. Lord Acton, a British historian, and politician is best known for saying, “Power tends to corrupt, and absolute power corrupts absolutely. Big people are almost always bad people.” Indeed, the tendency of psychopaths to adopt the Marxist narrative imposed unbearable disasters upon humanity. Mussolini, Lenin, Trotsky, Stalin, Hitler, and Mao Zedong – all hid behind socialist collectivism and dropped the ground from under the romantic illusion of Marxist theory.

1907: Shortly after Stalin’s men stormed the Tbilisi bank to finance the Bolshevik socialist revolution (and killed 40 people in passing), in America the trigger was squeezed for the opening shot of the 1907 panic. A deep economic crisis pointed to the alleged irresponsible conduct of the banking system at the time, which led Uncle Sam to examine whether a central bank was needed. In late 1910, a clandestine committee of government officials, academics, and some of the greatest bankers of the period met in Jekyll Island. Three years later, in the wake of political struggles and conspiracy theories, the Federal Reserve was established – a new era in the American economy. 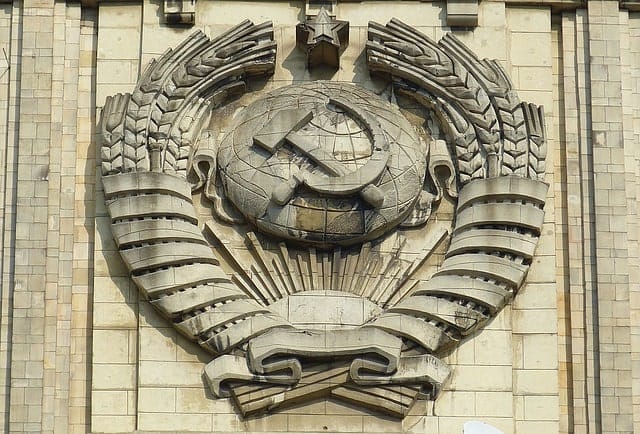 However, despite the fact that the central bank represented great hopes, economic disasters were not long in coming. The main goal of the Fed was to monitor the changes in the money supply, to maintain an inflationary target, and to prevent a recession in the economy. Nevertheless, some of the deepest crises the American economy has experienced occurred under the Federal Reserve. The most famous of which was the Great Depression which started on a black Thursday in late 1929. The story is familiar: cheap credit flowing at low interest rates without adequate securities causing an accelerated surge of growth that broke on the shores of the real economy.

In the background of the Great Depression and the recession that followed, Uncle Sam again decided to “control the situation.” This time it was John Maynard Keynes who played the role of hero in the “World economy” drama. In contrast to Smith’s “invisible hand,” Keynes believed that governments had the power to solve the so-called diseases of capitalism. Keynes’ argument was that to ensure economic growth, state institutions must be actively involved in the market economy – readability, regulation, and money printing. Although Keynes is considered to be the architect of modern capitalism, his theory is a radical change from classical capitalism, and in fact can be seen as a trailer for socialism, since government intervention is, as we know, a slippery slope. Keynesian policy was adopted and transformed into a new economic religion that corresponded perfectly with the governmental desire for power. Ironically, Keynes’ pseudo-capitalist theories were particularly appealing to the political left that strengthened its position in those years. And if that was not enough, Keynes believed not only in the local planning of economies by government intervention but also in the central management of the global economy – the World Bank and the International Monetary Fund were born, whose activities were yet to be controversial.

Keynesian economic critics, of course, dissent the market planning narrative. The basic premise of capitalism is that no person, committee or government is wise enough to know the needs, desires, aspirations, and caprices that lie in the depths of the minds of all the citizens of the free world. The Austrian school, therefore, argues that the principle of free choice of individuals is the principle that should guide the economy and that government intervention is destructive in any situation. In 1944, economist Friedrich Hayek published “The Road to Serfdom”, in which he described how the attempt to devise economic policy is a blind walk toward concentration  of power. Hayek believed that real freedom would come only from a policy that embraced market competition as a guiding principle, and his theories were rejuvenated in the 1980s by leaders such as Ronald Reagan and Margaret Thatcher, whom some see as a new stream of capitalism – neoliberalism.

However, despite privatization, reduction of regulation, reduction of welfare policies, contraction of the public sector, and the reduction of unions’ powers, the economy experienced additional crises. Criticisms were thrust from every direction at the neoliberals. At the same time, in their defense, it should be said that despite these measures, the institution of the central bank remained standing to manage matters from above the economic crises. While true capitalists such as Hayek, Milton Friedman, and others have called for the abolition of the Federal Reserve and its satellites, it appears that the genie of concent ration is already too big to return to its magical lamp.

While theorist’s debate who is right and politicians seek to justify themselves, bureaucracy continues to grow stronger. Unlike the authoritarian or charismatic political power in which the leadership has significance, in today’s bureaucracy elected officials are only the showcase of a modern plutocracy whose octopus arms delve into all – The Big Brother. In this background, it is possible to understand why anarchist groups are gaining momentum.

Unlike its perception of rioting in the streets, anarchism is a political philosophy that underlies the principle that human beings have the right to make their own decisions about their lives. While it is hard to see anarchism establishing a social consensus, one cannot ignore anarchist movements that express a natural emotional response to oppression and enslavement. Relevant to our case are the crypto-anarchists who championed the use of cryptography to protect privacy, political freedom, and economic freedom in the information age. In March 1993, Eric Hughes published the “Cypherpunks manifesto”. “We the Cypherpunks are dedicated to building anonymous systems. We are defending our privacy with cryptography, with anonymous mail forwarding systems, with digital signatures, and with electronic money.”

2008: The story is familiar. Financial crisis. Satoshi Nakamoto. Bitcoin: A Peer-to-Peer Electronic Cash System. Unlike a human decision-making model that is subject to cognitive bias, political pressures, etc., Bitcoin suggests an alternative that is wrapped in neutral mathematics based on game theory to produce an organic antitrust model that requires all players to reach agreement at the interests balance point of the various players in the network. It can be thought of as a social contract backed by a mathematical constitution determined by all players on the net and shared by everyone, regardless of religion, race, or gender. Although it is a slow model, it ensures practical use of peer-reviewed professional knowledge and prioritizes the best interests of the network as a whole over those of individuals, smart or charismatic as they might be. 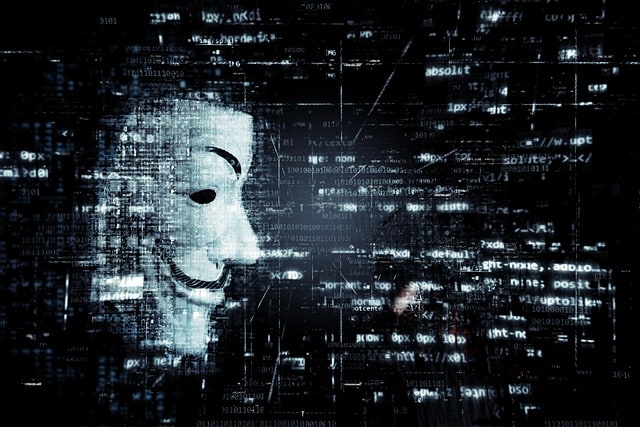 In summary, the evolution of various political theories is bound up and influenced by cultural transformations and unstoppable technologies. Therefore, there is no dogmatic and static theory that can fit the global economy. In a changing world, economic principles must also change, because when reality changes, new conclusions are required. Modern states are a mosaic of ideas that turn political terminology into a smokescreen through which politicians manipulate the crowd with populist agendas in the name of justice and equality, but the reality is that governments still spy, enslave, and oppress – that must be changed.

Bitcoin is also an idea. And like all previous ideas, it is here to stay. No matter how the establishment relates to it, Bitcoin remains a Swiss clock of blocks. It has the potential to be the pulse of the future economy. The show has just begun.

*** The above is an opinion article, it represents the author’s point of view.