For the past 30 years, scientists have published their concerns about climate change, and the negative effects greenhouse gases and C02 emissions have had on our environment.

During this time many private and publicly funded initiatives have been launched to reduce air pollution, create sustainable energy, and promote eco-friendly practices, such as recycling, driving electric cars, etc.

However, despite these initiatives, and a global awareness of the problem, there are few signs that we are making any real progress (as of 2015, only 10% of global energy consumed came from hydro, solar, and wind sources).

Current solutions are inefficient, and incentive models are difficult to track and reward effectively.

This is why Swytch is developing a blockchain-based platform that awards institutions and individuals with Swytch tokens for producing clean energy and engaging in eco-friendly practices.

The company is combining Blockchain technology with IoT to develop a ‘proof of production protocol’, which will enable energy usage to be effectively tracked on smart devices and then recorded on their decentralized public ledger.

In order to participate and receive awards in the Swytch ecosystem, users must register a smart hardware or software device that captures data on the renewable and sustainable energy being produced. Nodes are linked to devices in order to track energy production. A distributed rooftop system, integrated high-rise project, utility-scale solar farm, storage system, or wind farm that is registered on Swytch is considered its own separate node.

Once a user registers their device, a Swytch wallet is created. They then consent to share data in exchange for Swytch Tokens. The power produced by devices is then validated as a node on the Swytch blockchain network.

The Swytch platform consists of the following elements:

Users can download an app, which includes a digital wallet for storing Swytch tokens. The app also displays the nodes that are linked to the user’s wallet so that funds can be awarded based on the amount of renewable energy produced.  The app features a dashboard, heat map, tracking of asset production, and more.

Oracles are open source algorithms that calculate the amount of Swytch tokens awarded based on the quantity of energy produced by devices and how much they offset the impact of carbon emissions and pollution.  The oracle is also capable of forecasting energy production and validating smart meter data streams.

Nodes connect with smart IoT devices to track energy production data and report it to oracles in order to calculate the amount of Swytch tokens awarded.

Swytch nodes are developed in partnership with the Berkshire Cloud Evident Proof Platform. 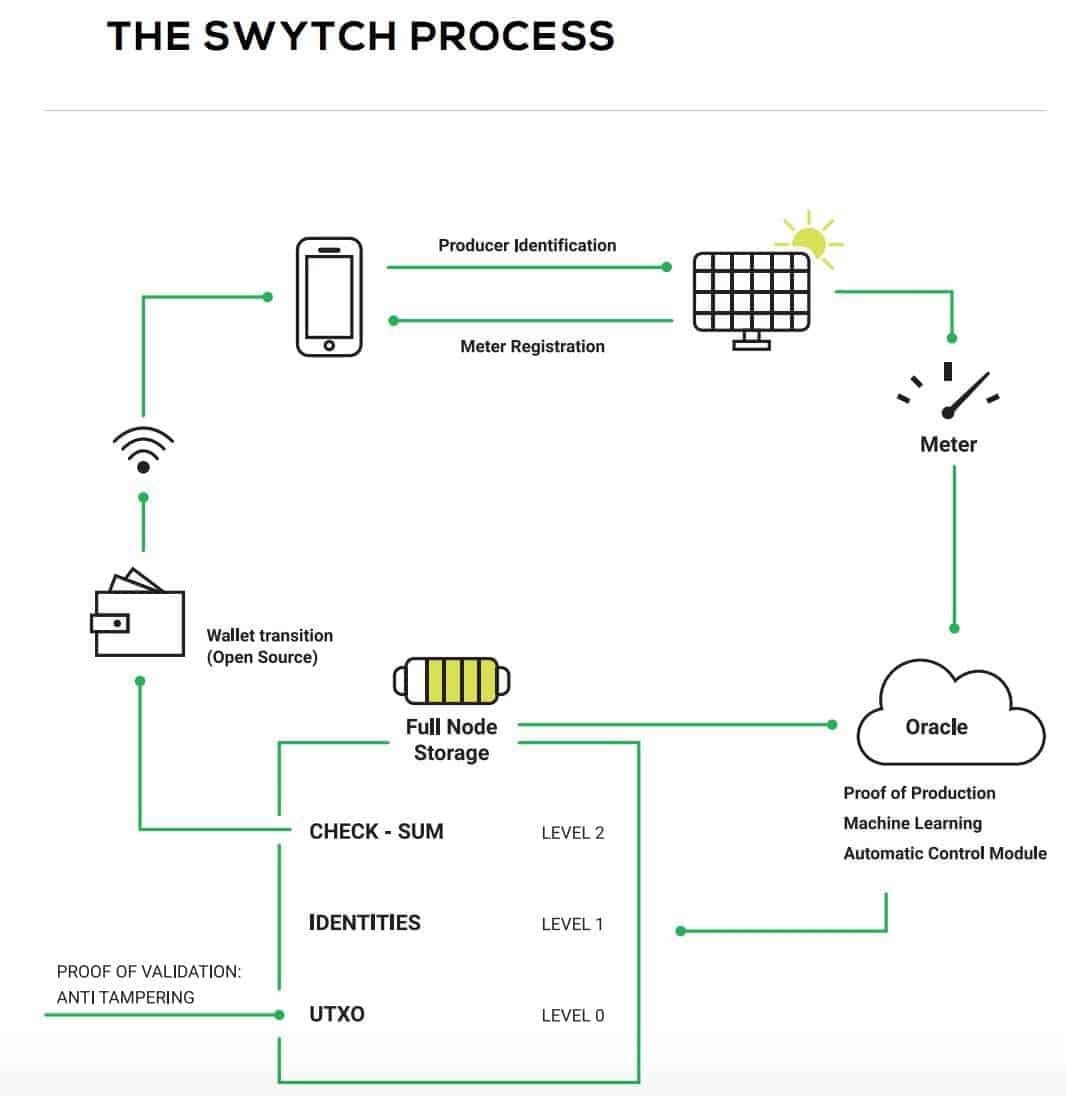 Swytch has developed a unique proof of production (POP) protocol that is based on the integration of IoT devices with blockchain databases.

The protocol makes use of nodes, oracles, smart meters, and verified installers to help the platform arrive at a consensus with regard to the validity of renewal energy consumption/production and the number of tokens that should be awarded.

The protocol also features ‘reputation staking’ as a way to weed out bad actors who try to take advantage of the system.

SET tokens are the required currency used to access the Swytch platform. They provide an incentive for users to engage in renewable energy production, storage, and sustainable actions. Swytch tokens are also used to incentivize network validators under the proof of protocol and delegated proof of stake protocols adopted by the Swytch platform.

Swytch’s advisory board also consists of more experienced and accomplished entrepreneurs in the tech and energy sector: 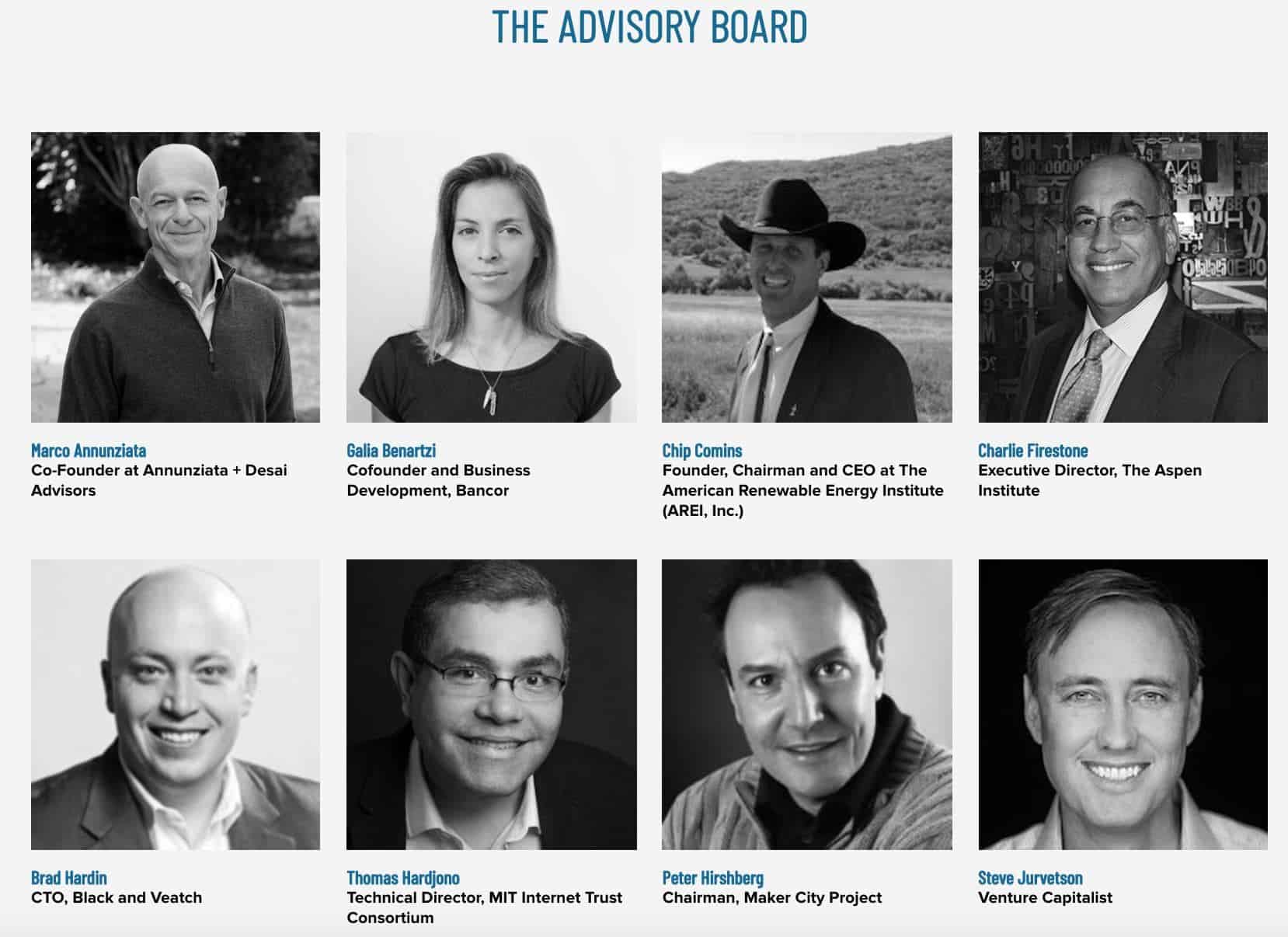 Protecting the environment is a monumental challenge that requires strong and easily administered incentive models to produce real results.

Swytch is building the necessary foundation for individuals and institutions to actively participate in a globally cohesive renewal energy initiative that could reverse the negative effects of man-made climate change.