Peter Waterland found out that the Bitcoin and Ethereum signature schemes were completely vulnerable to quantum computers. So he decided to learn more about quantum computing and signature schemes in order to develop his own signature library. This brought about the creation of QRL – quantum Resistant Ledger. QRL is an ERC20 token which will be exchanged for the actual coin at the launch of the QRL mainnet. and can be traded on major exchanges Bittrex, Tidex and Liqui.io. His goal is to be ahead of any major security risks that quantum computers might pose.

QRL released their public testnet in June 2017. They hope to mine the genesis block during September. As of writing these lines, QRL hasn’t received much media attention. This will probably change when the first block is mined.

Peter Waterland came up with the idea while he was playing with hash-based signatures. He compared the Lamport, Winternitz and Merkle signature schemes and then wrote a Python signature library for each of those.

“I had been in the blockchain world since late 2012”, says Peter, “buying bitcoin heavily in early 2013 and then straying towards Ethereum in early 2016 after losing some faith in the scaling of bitcoin.

I then started reading about quantum computers and delved into the Bitcoin and Ethereum signature schemes backing them (elliptic curve cryptography – ECDSA) and realised that they were completely vulnerable to this wonderful theoretical creation the quantum computer (QC). I looked into the QC space a little and realised that startups and funding was rising exponentially in the space and it occurred to me that cryptocurrency needed a quantum resistant ledger to act as a testbed for post-quantum innovation and security – and the QRL was born.

So development continued and the white paper was written towards the end of 2016 and since then the project has grown in size and complexity with a move towards post-quantum secure proof-of-stake.” 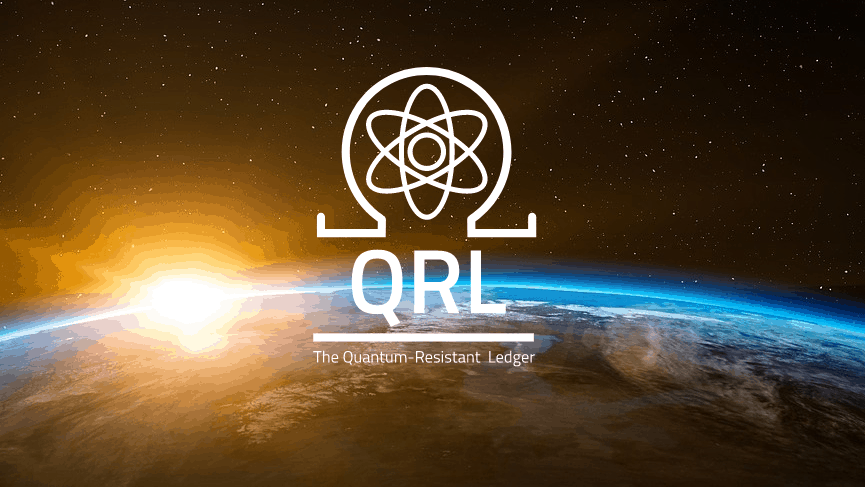 How did the team arise?

“Like all these things it started with me talking to others on crypto forums and then became far more. After I published the white paper skilled people who saw the potential of the project found me! We now have professional developers, a post-quantum cryptographer, a technical architect and some business brains in the team. It has grown far more quickly than I originally thought possible.”

Culture within company: The QRL community aims to be approachable, personable and polite in all our interactions with the user base, as well as being inclusive to new ideas and suggestions. The QRL team is small and is made up of great enthusiastic guys who joined when the idea had no monetary value at all. A lot of the team members are already successful outside of this project and so they bring that professionalism into the team.

Which vision best describes the project?

“We view this project as providing ultra-secure monetary applications, which are unparalleled in the space, with a strong emphasis on complete post-quantum security going forward. I see our project being the first completely secure post-quantum ledger in the space and our hope is that we are able to leverage that by offering enhanced cybersecurity services for functions like corporate messenger services, post-quantum secure ID, post-quantum VOIP etc”, according to Peter Waterland, founder of the QRL project.

Token sale: “We held a seed funding round to generate funds to make our development process even more professional and up to security grade and build a chain worthy of sitting in the top 10 in the space.

I felt personally (and so did the team) that we are in a unique position in the blockchain world. We use hash-based XMSS PQ-CRYPTO recommended digital signatures to protect accounts. Our protocol is a custom POS algorithm which is post-quantum secure using a novel source of randomness (iterative hash-chains) and we have some very exciting second layer protocol enhancements being built now (our Ephemeral messaging layer which uses lattice-based crypto to enable completely private, cryptographically authenticated end-end post-quantum secure data channels).”

Major competitors: There are other startups with similar ideas although I believe we pre-date them. A Russian firm has tested a blockchain using QKD and special quantum entanglement hardware which is pretty cool but not really applicable for public blockchains like the QRL will be. There are a couple of projects in the space which purport to be ‘quantum resistant’ but really aren’t with the exception of longer ECDSA keys.

Ethereum of course has planned QC-safe addresses in their roadmap in the future, too.”

What are the biggest challenges and opportunities you are facing right now?

“Our challenge right now is transitioning to full time development and trying to hit our development targets and build security grade, excellent node software ready for our main net launch later this year.

Another challenge which we underestimated is the sheer amount of admin and time taken for interaction with the community for a project as exciting as the QRL, especially after distributing ERC20 tokens which are now trading on various exchanges. I am fortunate that other members of the team, JP Lomas and Jomari Peterson have taken the brunt of the latter work!”

What are your expectations for the coming 30 days?

“Well, crypto is moving so fast even 30 hours seems a lifetime away! Later this month the QRL has been invited to a Blueyard Google Quantum event in Germany (Munich June 22nd) which we will be attending and hope to network with some key players in industry and discuss our project further.

We hope to announce at least one partnership in that time period as well as some exciting additions to the ranks of the dev. team. Obviously at this stage I cannot be more specific than this.

Finally the technical members of the team are hoping to meet up physically to discuss our POS protocol in excruciating detail together.”