Yesterday, a large sum of XRP (1 billion) was moved. The transaction was recorded on Bithumb exchange, and the fee was a minuscule 0.000012 XRP.

Though not the first time that large quantities of XRP have been moved, it was claimed that this was evidence to point out why XRP may, in fact, have no value. 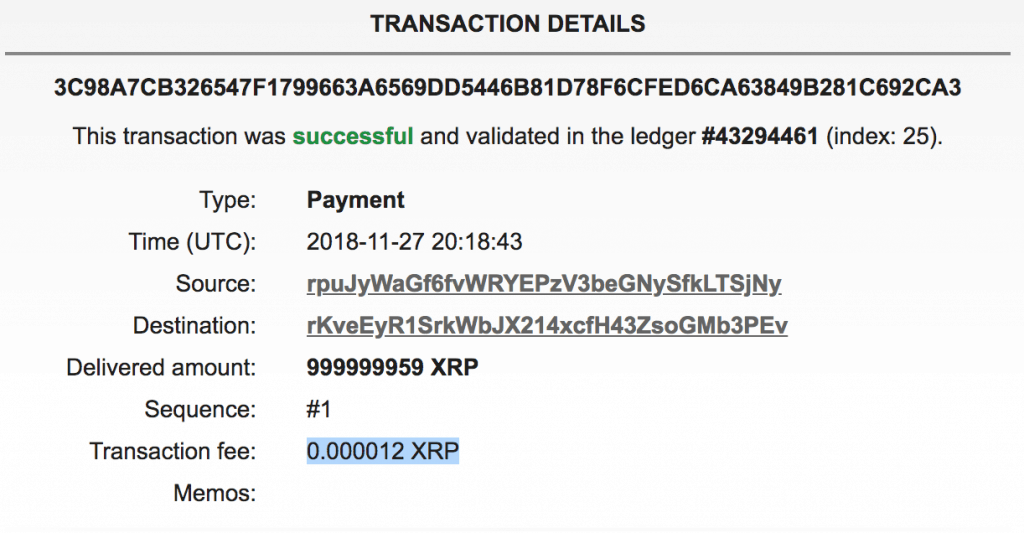 It was revealed by Flibbr on Tweeter, that also posted a link to XRP’s executive summary, which describes the intended purpose of the token. 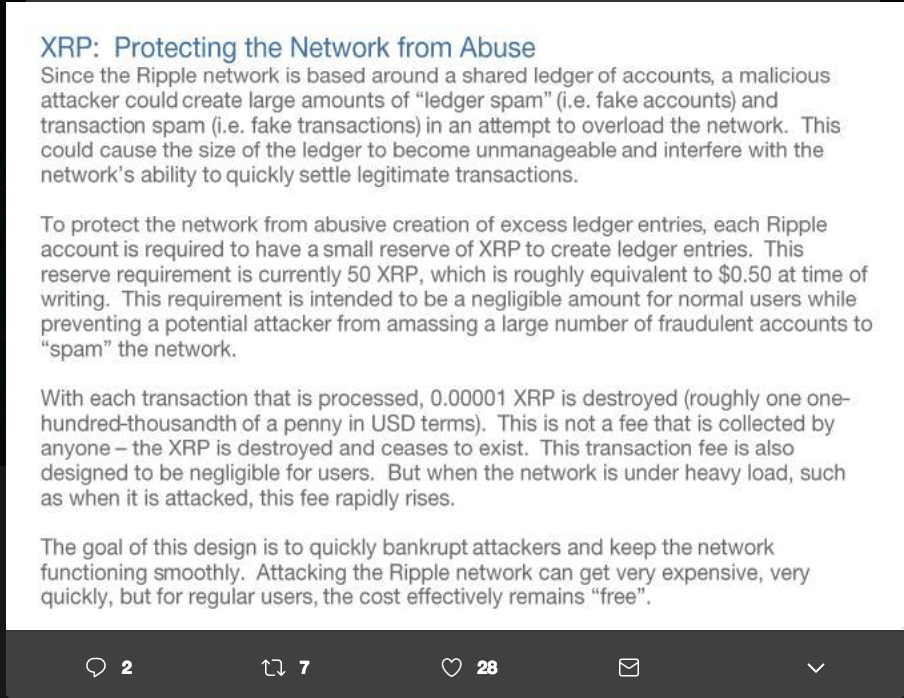 The fee for the 1bn XRP is just 0.000012, meaning it would cost that much XRP to move any {X} amount of USD. The conclusion he draws from this is that “XRP has no value and was always intended to have no value”.

The topic of XRP value has been hotly debated for a while. The primary reason most consider it valueless is that the banks have the option to transfer funds in fiat or other cryptocurrencies using Ripples’ XRapid shared ledger system. Therefore, this invalidated the utility of XRP, because it doesn’t even function as the primary currency for the system that was set up to use it in the first place.

Similarly, they argue that people have misconceived the notion that banks have to buy lots of XRP to transfer value in XRP. This is false and therefore adds to the argument that XRP functions as nothing more than a money-raising tool for Ripple and its founders.

Despite the skepticism around the value of XRP, the token has managed to eclipse ETH on the Market Cap list and now stands at number two behind Bitcoin. Ultimately, it’s no surprise that two cryptocurrencies, one which represents Satoshi’s vision and supports the movement towards decentralized peer to peer payments, and another that supports the traditional centralized banking system, should be positioned at #1 and #2 respectively. This ultimately demonstrates how the crypto space is currently divided into two main camps, those looking to completely disrupt the system from the outside, and those looking to make profits through minor modifications from within the current system. Only time will tell which camps succeed.