I’m sure you have seen headlines on mainstream media such as “It’s the end for Bitcoin,” “Bitcoin is a bubble,” or “Bitcoin is a Ponzi scheme.” If not, you are a fortunate person. We crypto enthusiasts don’t like to read such headlines. We all know that these articles are not precise nor could we call this professional journalism.

The crypto market has crashed several times, which have resulted in price drops over 50, 60,  and even 80 percent.  However, it has always recovered. So, we know that it’s not the end for Bitcoin, crypto is indeed not a bubble, and we laugh at those who call it a Ponzi scheme.

When talking about Bitcoin, the mainstream media is incompetent. Firstly, they always arrive late to the party after the crypto market is either in the skies or has crashed. And they react differently to the upsides and downsides.

So differently, that their opinions and predictions about Bitcoin are conflicting. When the crypto market is trending upwards, they tell us that Bitcoin is a bubble, waiting to explode. On the other hand, when the market has just crashed, journalists at mainstream media outlets state that the bubble has just blown – saying it’s the end for cryptocurrencies and calling Bitcoin a scam that has just conned its users.

One interesting fact is that while the mainstream media doesn’t like to praise Bitcoin – they love to do the opposite – shill Ripple. During XRP’s bull run in 2017, multiple mainstream media outlets published positive news connected to the coin’s price surge. They wouldn’t do that with Bitcoin.

We have collected some recent headlines where the mainstream media has had a controversial stand on  Bitcoin: 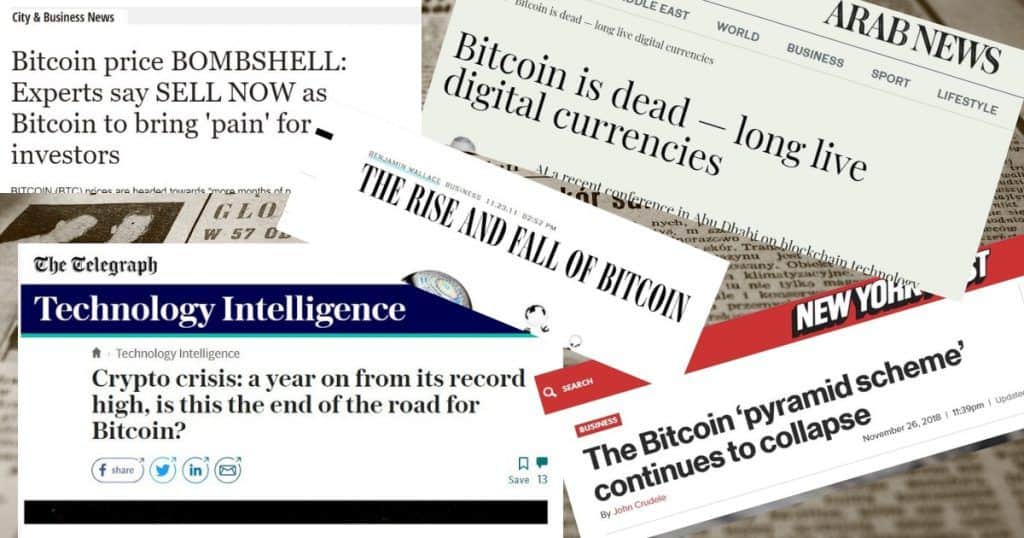 The possible reasons behind this

After seeing a headline mentioned in the last section, you would wonder why the mainstream media is acting so weird when publishing articles about cryptocurrencies.

Firstly, most of the in-house journalists at mainstream media outlets are not well-informed about cryptocurrencies nor do they want to do thorough research on the topic to understand it better. This is detrimental as it results in low-quality information about Bitcoin, publishing articles on crypto with misleading headlines and news.

Even though their journalists don’t have sufficient knowledge on the crypto world, which is required to write an article about Bitcoin, mainstream media outlets want to publish stories on crypto as it is a trending topic either when BTC’s price is in the skies or when it has just experienced a huge drop. When either of these events happens, they want to grab every chance to publish multiple articles on how the crypto market is doing.

There’s also another possible reason, which could sound like a conspiracy theory. Reading these headlines, one would wonder: are these new outlets deliberately misleading people to discourage them from buying Bitcoin? It could be the case, correct me if I’m wrong. If mainstream media (or some of the news outlets) is owned or influenced by governments, large corporations, and banks – who we know see Bitcoin as their competitor – want to do everything they can to convince people not to buy the cryptocurrency.

As mentioned before in this article, when Bitcoin’s price is soaring, traditional media like to call it a bubble. But not every crypto is like this. I already mentioned Ripple, which has received a high level of hype from these media outlets.

Just check out this headline on the Express: “Forget bitcoin and ripple: Next cryptocurrency BOOM uncovered as ‘Verge’ as rivals plunge.”  If you have knowledge about crypto, could you take them seriously? The whole article is a massive hype about  Verge without getting any facts straight.

We laugh – or are horrified – at this. However, newbie crypto users or people without any knowledge about the crypto space can take such stories as an advice. Some may even invest in a coin that has been praised after reading such an article.

To visualize this, check out these two snapshots which were taken from CNBC, where the media outlet is teaching people how to buy XRP at $2.57, near the all-time high, the current price is $0.38: 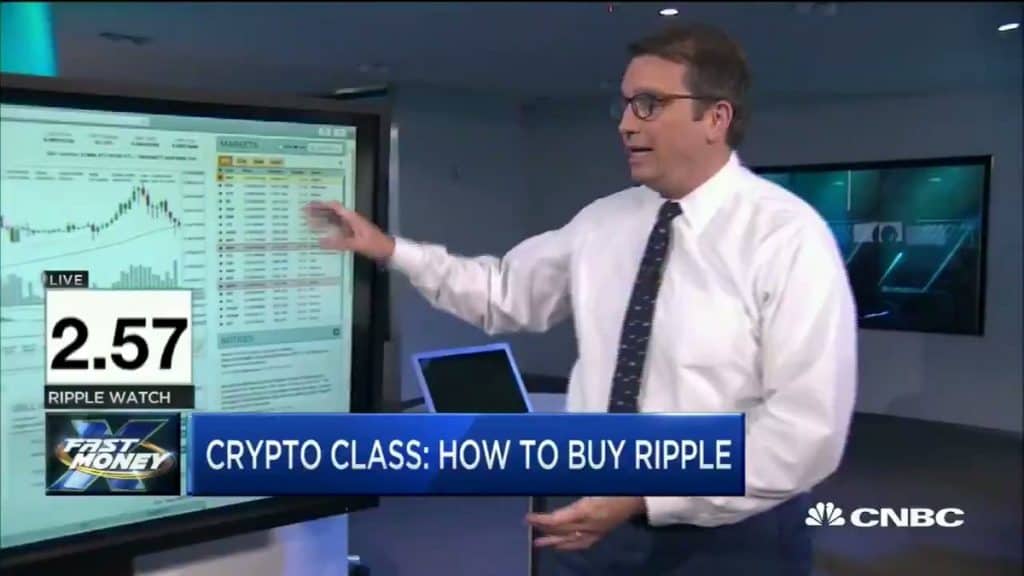