The following is an objective review of Hedge ICO. The review is based on the criteria that we think are important for an ICO project to succeed. We measure a successful ICO by estimating short and long-term ROI. The following is not financial advice.

In today’s capital markets, traders are faced with a large number of unforeseen factors that make forecasting where the price of a stock or token will go more challenging than ever. The digital age gives everyone access to vast amounts of market information that is often unsubstantiated and hard to decipher, making conventional trading methods difficult to implement.

Hedge is developing a digital solution for the modern trader. Using blockchain technology, Hedge provides a networking hub for financial and cryptocurrency trading experts, and for newcomers seeking trading forecasts for cryptocurrencies, stocks, options, commodities, or any other tradable product.

The Hedge ecosystem uses HEDG tokens as a reward mechanism to incentivize investors who offer accurate price forecasts. All funds are exchanged through smart contracts.

The company has 14 employees and is based in Singapore with offices in Calgary, Canada. Hedge recently completed a private sale of $9m and is planning to launch a public sale of an additional $1m on October 17th.

On Hedge, traders submit their price forecasts for certain assets through a smart contract driven ‘Blueprint’. A blueprint is a set of parameters for a trading forecast that is entered into a smart contract using Hedges’ web application.

The trader creates the blueprint, and then audience members can buy it using Hedge Tokens. The smart contract will execute true or false results based on the information it gathers from the real markets. 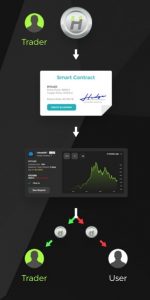 Traders are rewarded with the audience members’ Hedge tokens when they make successful forecasts according to the blueprint. If their forecasts are wrong, the tokens are returned to the purchaser. Over time this Blueprint staking mechanism helps to build a track record for traders by showcasing their ranking and HEDG earnings. All information regarding a trader’s reputation is put through a Proof-of-Rank algorithm, which effectively quantifies the forecasting performance of each Blueprint creator based on their track record. The blockchain’s immutable ledger ensures maximum transparency and security of this data.

The smart contracts ensure that audience members only pay for trading recommendations when they are true. If they are false, then the HEDG tokens are returned to the audience member.

Hedge users will be incentivized to use their tokens through a tiered payout model. The payout model will be based on each user’s Proof of Rank calculation, HEDG token staking in each Blueprint and the number of HEDG tokens currently held in their wallet.

Hedge plans to partner with stable coin companies to tap into their network. As people trade, they will need to trade back into one of the stable coin partners.

The company already has 200 traders who are signed on to test the platform once the beta is ready for release.

Furthermore, Hedge is reaching out to influential traders to get them to sign on to the platform. The main value proposition to influencers is that they can bring their followers onto the platform and monetize them via tokens when they make correct forecasts. Lastly, Hedge has partnered with popular blockchains like Ziliqa, AION, and POA with plans to launch on their network.

Although other community-based trading platforms like Hedge exist, there are none that use blockchain technology to establish a trustless network that allows users to stake tokens in exchange for the ability to replicate trades. Etoro is a trading platform that allows influencers to set up profiles so that others can copy their trades. However, the downside of Etoro is that the details of a trader’s position are not as transparent (for example, you can’t see the sell price that the trader sets). With Hedge, users can see the traders username, the gain or loss over a period do time, how much it costs to unlock it, and their trading history. Etoro does not have any staking, meaning that users incur all the liability if they copy a trade that goes wrong. With Hedge, your tokens are only sent to the trader if the trade goes right.

If the trading position goes wrong, it will show how close the trader was to their prediction, which can give users more confidence to trust the trader’s future forecasts.

The idea for Hedge was originally conceived when David wanted to see if he could replicate his co-founder Pete’s options trades. They quickly realized that there could be an opportunity for people online to replicate the trades of other users who had a successful track record. David and his team sought to use the blockchain because it would provide a decentralized and immutable database for users to exchange tokens fairly when trades went well, and to hang on to their tokens when they didn’t.

The company raised $9million in private funding around August, and are now looking to raise an additional $1m through their ICO. Early investors include private hedge fund managers and long-time cryptocurrency holders who have experience in the finance and blockchain space.

Hedge is the first project developed under Rublix, the parent company which focuses on blockchain research and development in the area of finance. 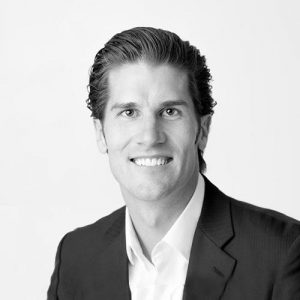 Peter is a natural entrepreneur, self-taught programmer, and a high-risk derivatives trader. He has extensive experience with startups and bootstrapping businesses to success. 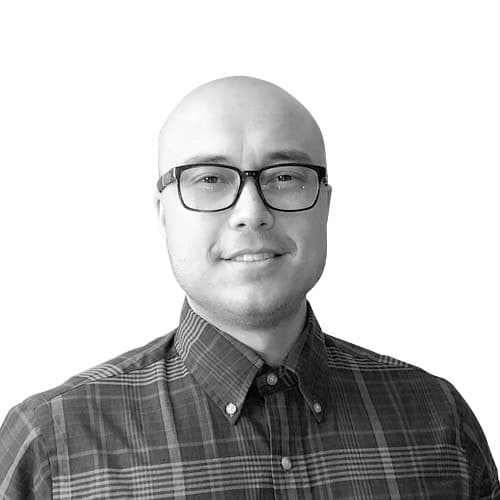 Frank has over 10 years of dedicated involvement in the oil and gas software sector, facilitating solutions for energy producers, governments and regulators, banks, and educational institutions.

Hedge plans to release their platform in several phases based on development milestones:

Private Sale ($9m): Successfully completed. Investors are not to be disclosed. No bonus. No lockup.

20% Hedge team. These tokens will be locked for 36 months after the completion of the TGE with a 12-month cliff.

3% Advisors. These tokens will be locked for 36 months after the completion of the token generation event with a 12-month cliff

12% Partnerships and the Community. These tokens will be locked for 12 months after the completion of the token generation event with a 1-month cliff

5% will go to the company and be held in reserve

Win-Win situation for all parties involved in the platform

Hedge is offering traders the opportunity:

Hedge is offering all users of the platform the ability to copy trades of successful traders. Unlike other platforms, the trade includes the enter and exit position of the trade.

Hedge is to raise a total of $10m for 50% of their tokens, in current market conditions, it is a reasonable hard cap. Also, the token price for the public sale is the same price as sold in the private sale (which raised $9m). The fact that the majority of the tokens are sold at the same price should help the price once the token is listed on exchanges.

The success of the platform = Rise in token price

The Hedge token is used as the only mean of payment in the platform. This creates a high correlation between the success of the platform and the rise in token demand. As more users join the platform and pay to unlock trades or to stake tokens, the more tokens will be bought from the market.

Hedge needs to attract a significant number of users to their platform. User adoption might be the hardest challenge for the team. To-date, no strategic partnership that could help to attract users has been publicly announced as of yet. Hedge will try to penetrate the market using a few tactics. One of them is to attract crypto influencers to their platform, and hopefully, their followers will follow. Those influencers will have a chance to prove to their followers that they are indeed successful traders and to earn Hedge tokens on their successful trades.

With the help of a decentralized, smart contract platform, Hedge is introducing a new level of transparency and connectivity to the forecasting market. Users are able to benefit from the accurate forecasts of sophisticated traders, while traders are able to build up a strong reputation for their ability to analyze the markets and correctly pick stocks, tokens or other tradable assets.

As capital markets become increasingly automated and difficult to forecast, Hedge ensures that investors and traders alike can benefit from a community of supportive peers who are all aligned in their goal to develop accurate price forecasts and achieve profitability.

Team & Advisory board:  Team has experience in blockchain development and financial markets. The advisory board is not public but consists of experienced hedge fund managers, traders and crypto project CEOs. No involvement of respected crypto VCs. Score 8.

Stage of the project: Working prototype is available and currently being beta tested. Version 1 product should be ready when the token sale ends. Score 8.

ICO: A hard cap of $10m, no bonuses are given to private investors. Team and advisors tokens are locked for 36 months with a 12 month cliff. Score 8.

Whitepaper: Detailed white paper explaining both the business and technical aspects of the project. Score 7.5.

Backend and Technology: Right use of smart contracts and blockchain technology in order to create a transparent environment in the platform. Score 8. 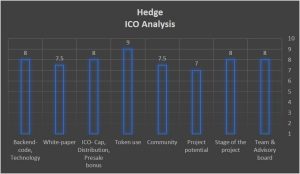