Following the first mini-rally of 2020, Bitcoin had quickly reached our mentioned target of $8400 before getting rejected.

From there, the cryptocurrency saw a steep drop towards the 38.2% Fibonacci level (~$7850) of the last spike. As of writing these lines, Bitcoin is trading around $7900 – $8000 for the past hours, preparing for its next move.

The turning point of Bitcoin is not a coincidence. It happened just as the uncertainty around Iran’s revenge had disappeared, as President Trump was speaking. On the contrary, Wall Street surged to new highs.

In one aspect Bitcoin won: it proved its correlation to Gold, maybe as the new safe-haven asset of the new decade.

So far, it looks like a healthy correction to a short-term rising trend, until proven else.

Key Levels To Watch & Next Targets

– Support/Resistance levels: Following yesterday’s blow-off top, Bitcoin is now facing $7850 as the first level of support. This is the 38.2% Fib level, together with an ascending trend-line on the 4-hour chart.

– The RSI Indicator: The momentum was real. The RSI almost reached the 70 levels, and anyways, it was the highest RSI level over the past six months.

One bearish sign might be coming on behalf of the Stochastic RSI oscillator: The last had gone through a bearish crossover and is about to enter the neutral territory.

– Trading volume: Finally some volume. The past two days were the highest volume days of the past 30 days. Still, not the volume levels of June and July 2019, but this is improving. 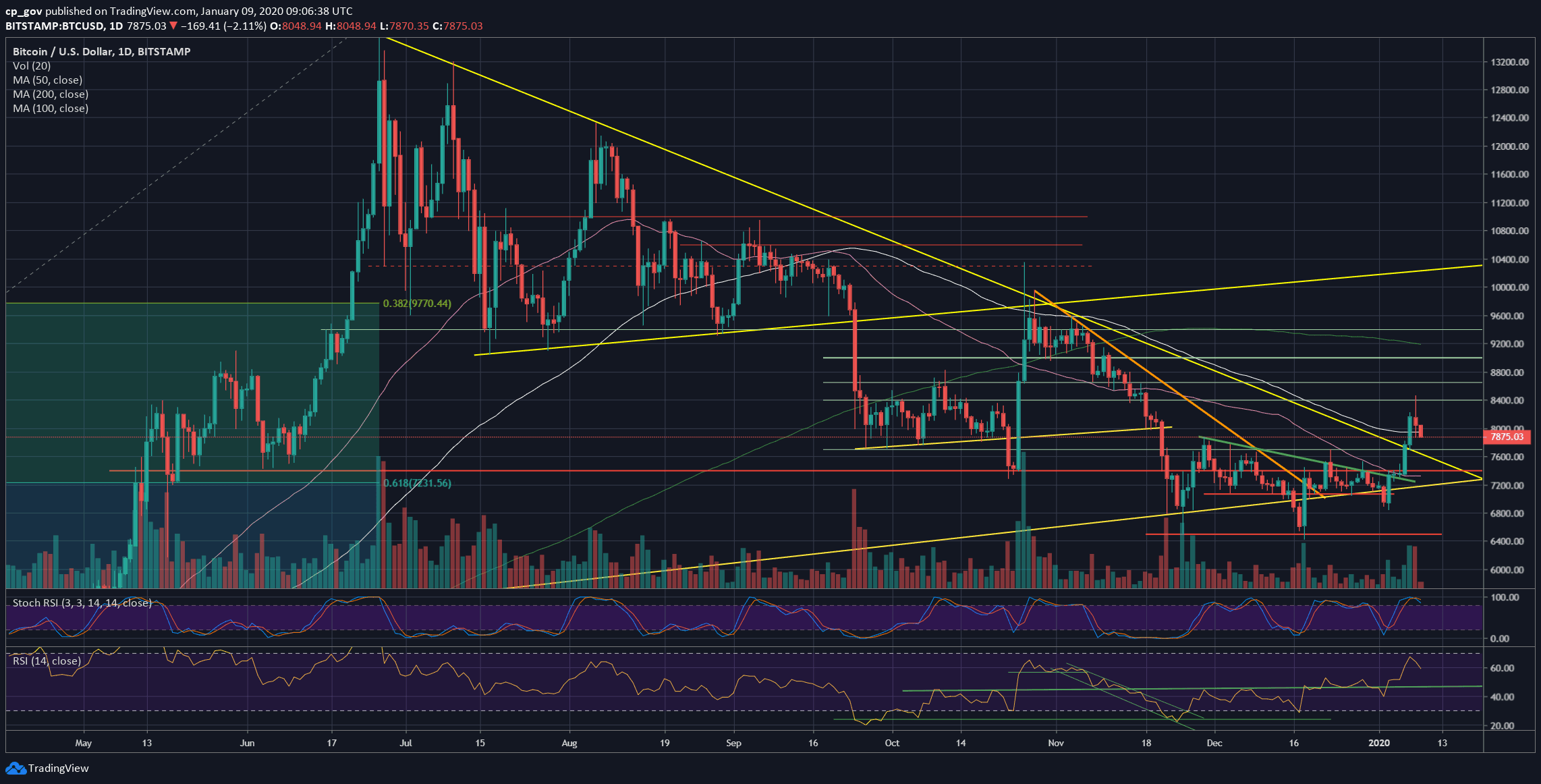