Ever since Bitcoin first arrived 10 years ago, investors have learned just how volatile the crypto market can be. Over the years, bull and bear trends have constantly replaced each other, with no way of predicting them or preventing them. Even the smallest detail has been enough to change the situation completely, and, this has happened numerous times.

The biggest growth that cryptos have ever seen came about a year ago when the Bull Run brought coins to entirely new heights. Those who invested prior to the Bull Run made a fortune. Those who invested while the prices were up — lost it. This was due to a massive market crash that came in early 2018, and the trend continued throughout the year, up till these days.

Now, experts predict that a new bull run is due, as they believe that cryptos follow an established market cycle. However, up to now, this has not happened. Considering the situation, investors needed to develop various strategies that allow them to survive the bear market, and either make some profit or at least not lose money, even in these unfriendly conditions. There are four strategies that have might work in such a situation, and these are as follows:

Short selling, or “shorting”, is when traders predict that a market is going to decline. If their prediction is correct, they benefit from it. This is a method that works in many different markets and is not just limited to crypto markets. The best-known example of this happened in 1992 when an investor called George Soros made nearly $1 billion in profit by predicting the drop of the British pound.

Shorting can be quite an effective way of making a profit, and it is possible through CFDs (Contracts For Difference), or derivatives, as well as crypto margin exchanges. By employing them, traders can sell assets that they do not even truly own. Instead, borrowed assets are sold at current prices, which is what a short trade really is.

If the market moves, and the asset price goes down, their position goes up, and traders can then buy the asset (which is now much cheaper), and make a profit. One example of a social trading and investing platform is eToro, which offers around 1,200 instruments, and has over 10 million active members. eToro offers CFDs. Unlike eToro, exchanges such as Bitmex offers its users shorting options based on their Bitcoin balance.

Shorting can also be used for hedging purposes. If you are holding large amounts of an asset, such as Bitcoin, you can open a short position to decrease its volatility. For example, traders who had an open short position for 25% of their Bitcoin holdings would only lose the equivalent of 50% in dollars following the recent Bitcoin crash.

The second strategy is HODLing, which is often a confusing term for a lot of newcomers, as everyone’s original thought is that it is a misspelling. While this was true back in the day when the term was created, these days it is a fully accepted word in the world of crypto investments. Interestingly enough, “HODL” also became an acronym for “Hold On for Dear Life”, meaning that investors will not sell their coins even if the market goes deeply into the red. 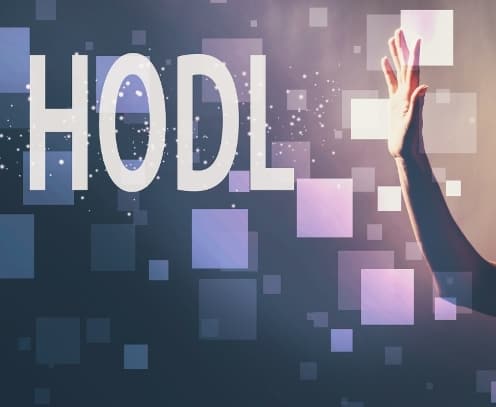 Simply put, the term represents a trading strategy that is used by those who are willing to wait. It is a long-term strategy, but also the philosophy of numerous investors. Since the crypto market is still considered to be young and new, it is believed that the current volatility, low prices, and market crashes are just attempts at stabilization and maturity. HODLers believe that the key is to stick to their coins and endure the pressure. Someday, when the market stabilizes, and cryptos get adopted, it is expected that they will be rewarded for trusting in their coins.

HODLing became a huge part of the crypto culture, and the strategy has gained a lot of support from investors all around the world. Considering that the overall opinion is that cryptocurrencies will not go away, HODLing has a big potential. In fact, this is a strategy that can work in other markets as well. The best example of failing to HODL and realizing it was mistake happened in 1970, when Apple’s third co-founder, Ronald Wayne, decided to sell his shares of the company. Back then, he made $800 due to that decision. If he had waited a few decades, that $800 would have become $100 billion.

Of course, predicting the future is impossible. However, popular investors such as Jay Smith believe that HODLing is always the best option. He even commented on this belief by stating that he is convinced that cryptocurrencies will replace old stock markets, and will change the world. They will power machines, the IoT, governance, and voting systems, and maybe even the internet itself. While he recognizes that it will be years, maybe even decades before this comes to pass, he is still convinced that cryptos are the future.

Naturally, investors always aim to make a profit. Therefore, when the value of cryptocurrencies goes down, a lot of them decide to withdraw. Only a rare few are willing to take a risk and keep buying, even if their prices are low. Most of the people are buying near the top and selling near the bottom. This is not limited only to crypto, but coming from a human nature of risk hate.

As many investors seek to panic sell the coins they have bought near the top, others are seeking to average down the price and have bought thought the bloody markets of 2018. As always, any investor must do a proper deep research before buying any coin.

Finally, the last piece of advice for aspiring investors is to remember that diversity is always the right way to go. Predicting the future of crypto is impossible, and any investment is a risk. However, investing in several different projects increases the chances of making a right call.