The 2018 NYC Consensus is unarguably the biggest crypto event of the year. The number of attendees is just incredible even with the usual logistical challenges that come with such outstanding events as these.

The conference, currently underway in New York, is a three-day event that is focused on cryptocurrencies and blockchain industry. Consensus started on Monday 14 and will end on Wednesday 16, May 2018. Of course, there was a trail of Lamborghini’s outside. 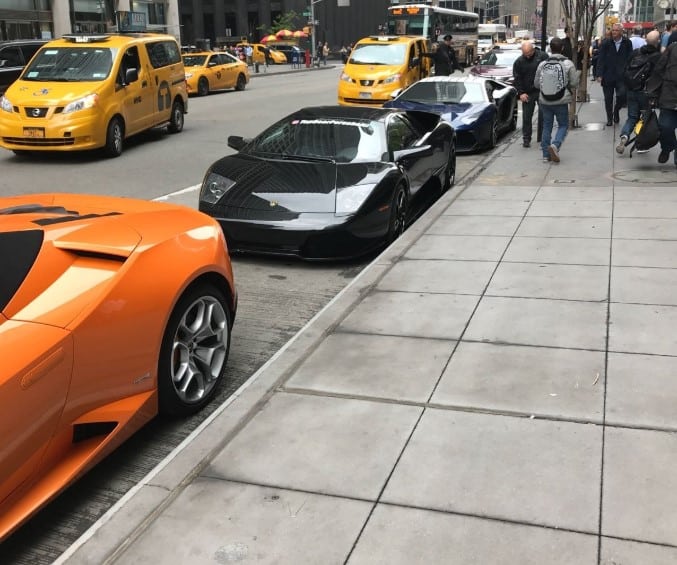 According to Barry Silbert, CEO and Founder of CoinDesk’s parent company Digital Currency Group, about 8500 people are present in Consensus 2018. CoinDesk sold each ticket for $2000 and last minute admission was fixed at $3000. When you do the math, you realize that the organizer generated at least $17 million as revenue from sales of tickets.

Below are some of the important highlights of Consensus 2018 so far.

Consensus 2018 rolls with the Winklevoss twins announcing that Gemini now supports Zcash, Bitcoin Cash, and Litecoin. The exchange is the first licensed crypto exchange in the world to trade Zcash, and it looks forward to providing a safe environment for trading Zcash.

“We’re a global leader in finance, real estate, media, and tech – all industries seeing incredible innovation from this new technology. The city is putting a big focus into blockchain to find out how we can grow the industry and make sure it’s creating great opportunities for New Yorkers.”

The event saw an impressive number of protesters but what captured the interest of many was a parody demonstration which took place outside the conference venue.

The protest was staged by individuals who identified themselves as members of the movement dubbed “Bankers Against Bitcoin.” They were seen with placards and banners, but ironically, the group isn’t actually against cryptocurrencies. They were out to create awareness of the dominance of Blockchain in the future and how it would look like.

On Tuesday, day 2, Amazon Web Service announced that they would collaborate with ConsenSys on a project called “Kaledio” which aims to improve a faster deployment of enterprise blockchains.

“We have been following Ethereum closely as it’s what many of our customers have been exploring, especially for enterprise use cases. Working with ConsenSys will allow us to further understand customer needs and help accelerate their blockchain efforts,” Matt Yanchyshyn, the global technical lead for AWS’ partner program, told CoinDesk during the conference.

Joe Lubin, the founder of Ethereum based startup, ConsenSys (not the CoinDesk’s Consensus), and Jimmy Song, an investor at Blockchain Capital, had an interesting debate yesterday. The discussion was so fierce that they had to put their money where their mouths are, betting on the future of blockchain technology.

Song wasn’t swayed by the many potential benefits of the blockchain tech that were mentioned at the event, and he likened them to a “magical blockchain dust.”

But not every is happy about the event…

While many experts, investors and high profile cryptocurrency personalities were bullish about the event, some saw it as outrageous. Vitalik Buterin, co-founder of Ethereum, is one of them.

Buterin was bittered about the prices of the ticket before the event, stating: “I refuse to personally contribute to that level of rent-seeking.”

3. Their reporting policies are designed to trap you with gotchas. Did you know that if you send them a reply, and you explicitly say that some part is off the record, that’s explicitly on the record unless you go through a request/approve dance first? pic.twitter.com/8in6ZYSPbR 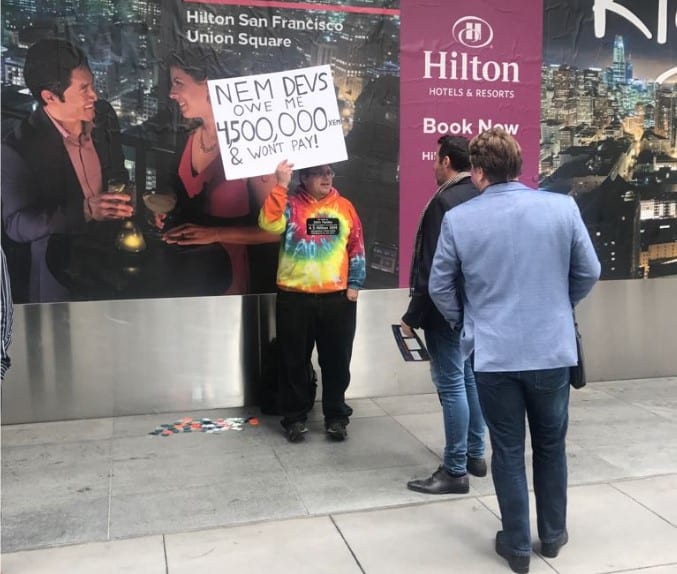