Opinion – It has long been known that the financial world is highly interconnected with politics. Decisions made between countries can often have a large ripple effect on the prices of stocks, commodities or other assets.

Cryptocurrencies are no exception, and as the upcoming trade war between US and China begins to take hold, many wonder whether Bitcoin prices could be affected by stricter tariffs imposed on Chinese imported goods to the US, particularly as we consider the correlation between fiat currency values and crypto prices, in addition to China’s massive influence over Bitcoins mining operations.

Entangled in this deficit/surplus back and forth is the aspect of price manipulation, whereby a country like China may intentionally be devaluing their currency in order to make goods that they sell appear cheaper, thereby increasing their surplus to the US.

How does this all affect crypto-currencies? Cryptocurrencies are considered an asset class (like gold or stocks). Money is often moved to, or from cryptocurrencies depending on how stable citizens feel their nation’s currency is at the time.

For example, we can see that in Venezuela, there has been a massive demand for Bitcoin as the Venezuelan Bolivar continues to spike in inflation.

The inflation causes currency holders to lose the value of their money, leading many to switch over to a different asset class that is either more stable or appreciating in value.

The correlation between depreciating fiat currency value and increased demand for Bitcoin can be observed in the period between October to November 2016.

During this time, Bitcoin rose from $600 to $780 right as the Chinese Renminbi depreciated against the US Dollar.

Concentration of mining pools in China.

Of course, it’s simply not enough to assume that a depreciating Chinese Renminbi would have such a large influence on Bitcoin prices. That is why we have to look for additional supporting evidence for why China is critical to Bitcoins value.

The answer has to do with the concentration of mining pools in China.

Currently, about 81% of Bitcoin mining operations are located in China. Antpool and BTC.com (2 mining pools owned by Chinese company Bitmain) account for 32% of all the processing power on the global Bitcoin network. 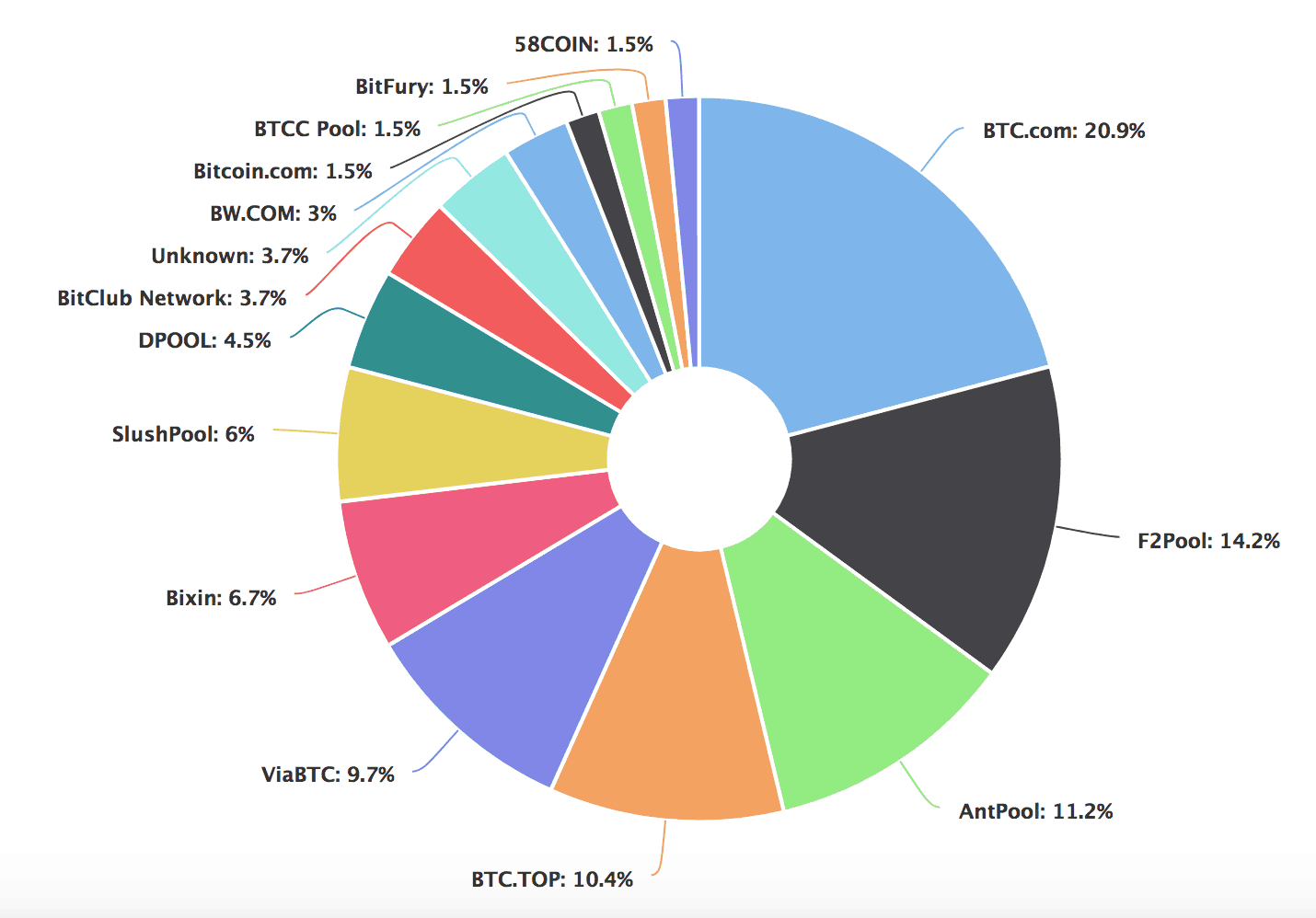 This concentration of Bitcoin mining means that the majority of Bitcoin traded around the world at one point or another was originated from Chinese minors. This further increases the influence of Bitcoin supply and demand from Chinese investors and Renminbi currency holders.

Depreciating Renminbi due to increased Tariffs

Last week it was reported that the US would be putting tariffs on $34 billion worth of Chinese goods, citing China’s years of price manipulation to make exports cheaper and increase trade surplus to the US as the primary reason. China subsequently responded with penalties of an equal scale.

These tariffs could potentially lead to the Chinese Renminbi losing value, forcing Renminbi currency holders to look for alternative asset classes (like crypto) to allocate their funds.  We can already see that experts are predicting the trade war to have a negative impact on Chinese stock prices, which have performed very poorly since the start of this year.

Ultimately, it’s clear that these events are contributing to growing uncertainty in the Chinese economy.  With money potentially moving out of the Chinese Renminbi and also out of Chinese stocks, the next best place for investors and currency holders to allocate their funds could very well be cryptocurrencies.