Amid the constant price fluctuations, project updates and news about regulations, it’s hard to tell exactly how well the process of bitcoin adoption is going. A recent report published on Chainalysis.com revealed data about the activity of bitcoin wallet users.

“Between August and October 2018, some $41 billion of transactions were executed — and only $9 billion had real economic value.” 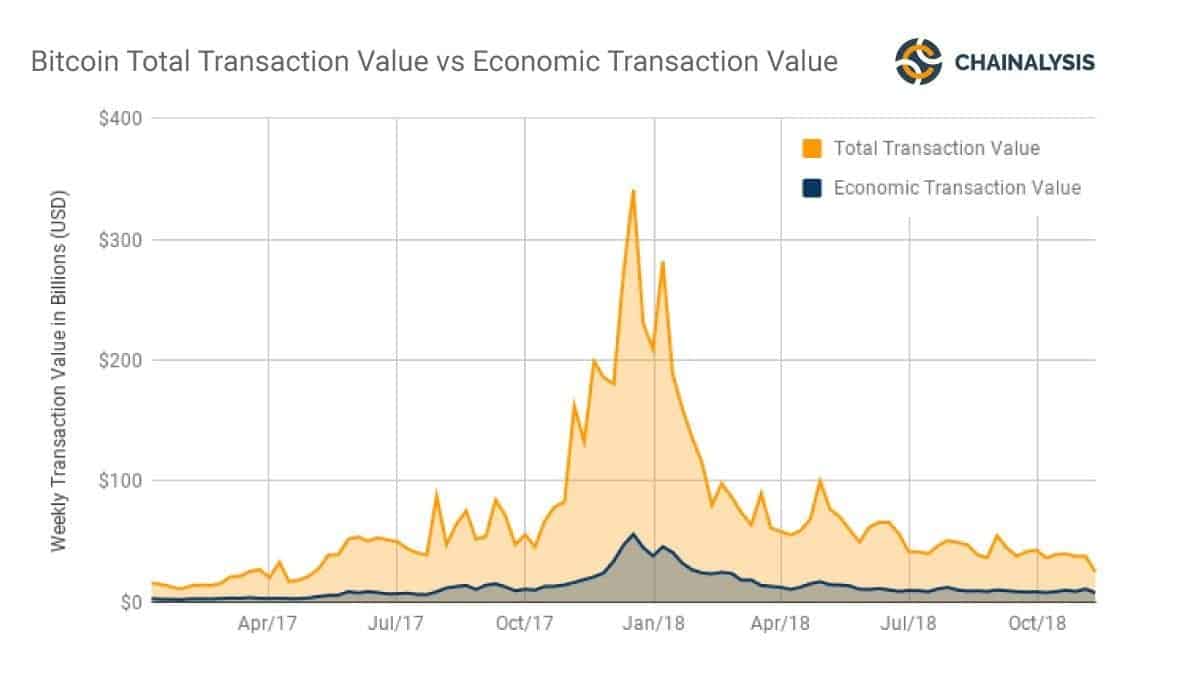 What this data reveals is that we still have a long way to go until true adoption of bitcoin occurs. Outside factors, such as high volatility and lack of implemented scalability solutions have had the most significant impact on Bitcoins inability to achieve more substantial adoption as a form of payment:

Ultimately, if these three key factors can be improved (volatility, scalability and merchant adoption), then we will be sure to see not only more bitcoin addresses but also a more significant percentage of bitcoin addresses being economically relevant.