The first dApp created on TRON’s (TRX) blockchain has just hit a major milestone, according to the recent announcement posted by the coin’s creator, Justin Sun. The dApp is called TRONbet, and it has just seen more than 1 billion TRX coins won through user interaction.

The dApp was officially launched around two weeks ago, in mid-October. Since then, it has seen a 200 million TRX-large payout within a week. Now, around two weeks since the app’s launch, that amount has exceeded 1 billion.

According to recent statistics, the app runs about 180,000 transactions per day, which represents around 20% of TRON’s total transactions on a daily basis. However, the dApp’s contribution allowed TRX to surpass Ethereum’s own daily trading volume.

While TRONbet is TRON blockchain’s first dApp, it is not the only one. The coin’s team and community have been focusing on dApp development with great dedication recently. Despite the fact that TRON’s MainNet was only launched several months ago, there are already seven dApps on this cryptocurrency’s platform.

Not only that, but they cover different things, such as tipping, payment solutions, music content, e-sports, a communication app, and even a wallet.

Following this achievement, TRONbet team decided to issue an open letter to Justin Sun and TRON Foundation, thanking them for their backing and support.

This is an open letter to @justinsuntron @Tronfoundation without the vast capabilities of #TRON https://t.co/42Akm2sncN would not have happened. We are very grateful. For everyone to grow with #TRON we believe changes need to be made. @sesameseed_SR @BitGuildPLAT @GoSeedit pic.twitter.com/pKAtUo1u1N

In addition, the letter addresses two key points  — the token used, and energy consumption. Energy consumption is as large as 10 trillion due to the large daily transaction volume. However, the team behind the dApp is already working on reducing it in the near future. As for the token that the dApp is using, it is called ANTE and is one of TRX20 tokens.

Also, the letter provided support and belief in TRON’s final goal, which is decentralizing the internet and revolutionizing the entertainment industry.

At the time of writing, TRON’s trading volume is at $56.6 million, and its current price is $0.022008 per coin. TRON has had a lot of successful projects in 2018, arguably more than any other altcoin. While it remains one of the coins that the crypto community talks the most about, its price has yet to reach its full potential. 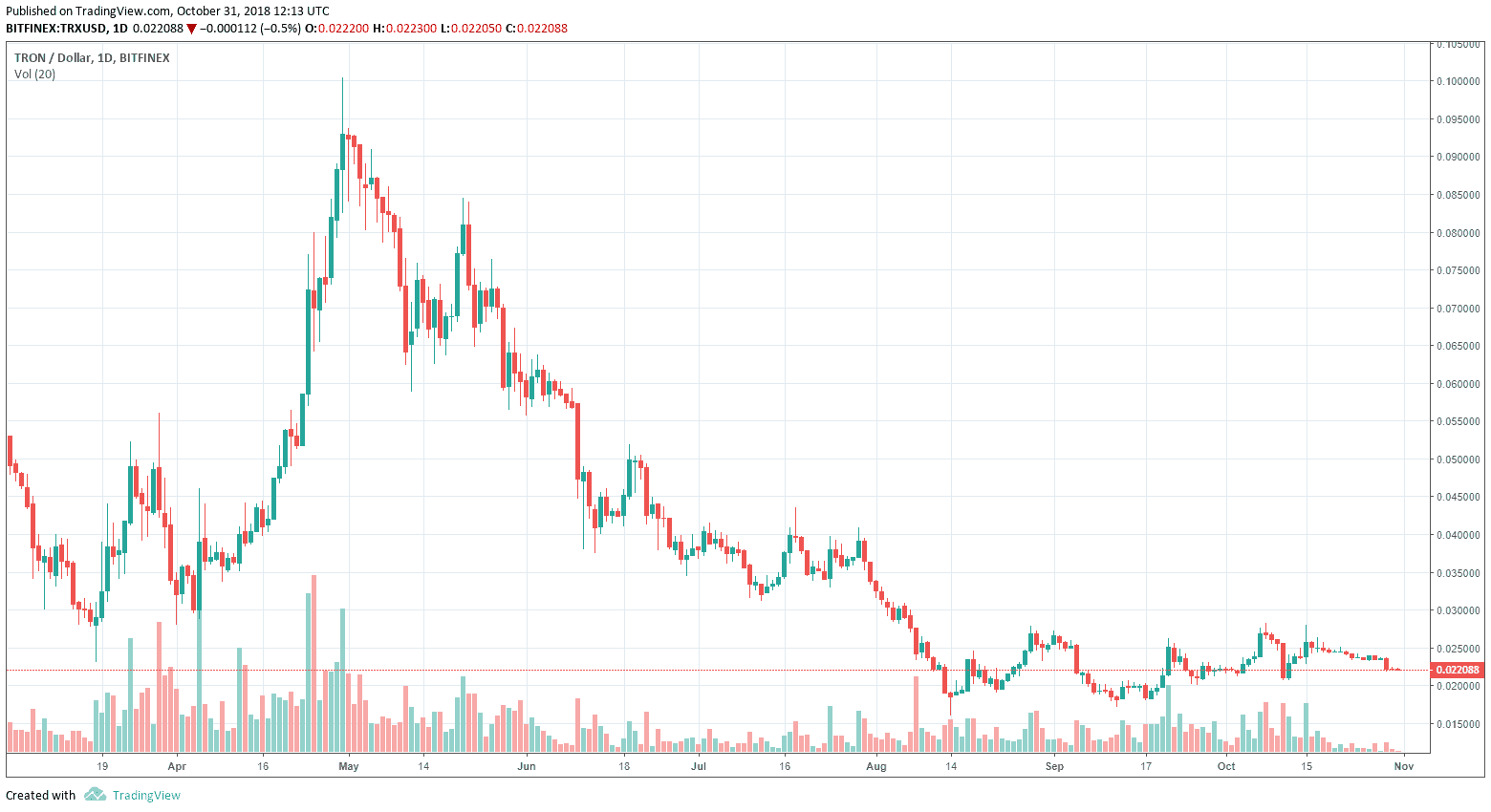 However, while the coin has achieved much, it still shows no signs of stopping, and even its latest successes are only the first step in a larger plan. Until then, the coin continues to enter various partnerships, develop projects, and grow in popularity and usage. Because of this, TRONbet is only the first successful dApp to roll out of TRON’s blockchain, with many more expected to follow soon.