Vit Jedlicka is on a mission to establish every libertarian’s biggest wish; a sovereign country guided by the principles of liberty and little or no Government intervention. This country is called ‘Liberland.’ It is located in seven square kilometers of land between the borders of Croatia and Serbia. On this unclaimed piece of land, Vit has ambitions to establish the very first “tax-free cryptocurrency-producing capital of the world.”

We sat down to interview the man to understand his motivations for establishing a new country, how his libertarian political philosophy guides his worldview, and what challenges await him along the way to accomplishing this monumental task.

What initially attracted you to the libertarian political philosophy?

What was eye-opening for me was the book I read in high school by Frederic Bastiat: The Law  “The law becomes the tool of every kind of greed, instead of being its check!” I realized that this had become a fact implemented by the state. And, also how unfair and inefficient their redistribution is. I then started dreaming of an ideal state based on voluntary taxes.

What led you to the idea that you wanted to establish Liberland? How did you go about finding the right location and then claiming it?

After struggling for a couple of years with Czech politics, I realized that real change could not be made from the inside using democracy. I realized that to do that, we need to build a new system of governance that will make the existing system obsolete. So, I found a place on Wikipedia and studied the detail of the border dispute between Croatia and Serbia. Liberland was very special because neither country claimed it and still haven’t. That is why Liberland has attracted so much interest. 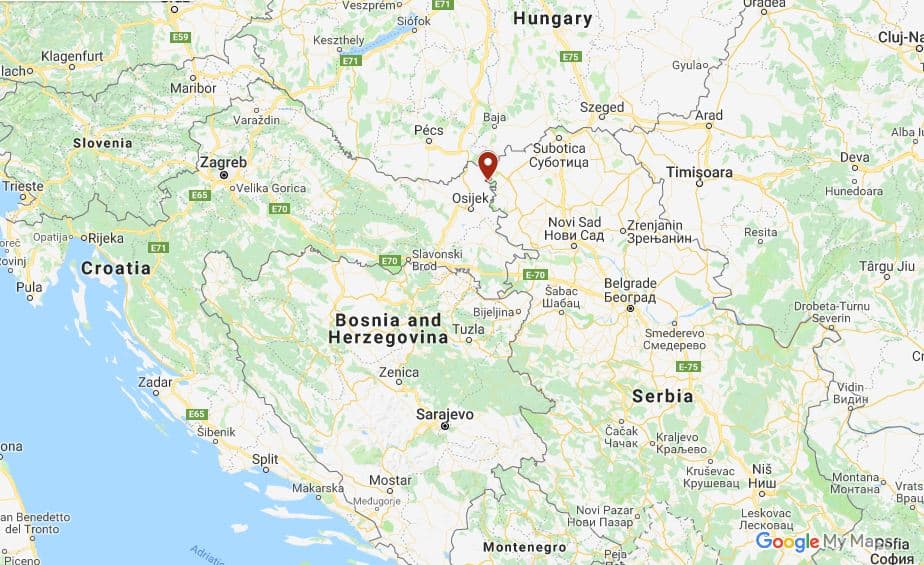 Could you describe the relationships of the new libertarian country to her existing neighboring countries?

Liberland has brought in a multitude of revolutionary ideas of a state government that will bring an extreme amount of benefit to Croatia – being our closest neighbor. However, the challenge is convincing them of that first. Right now we appreciate the fact that Croatia has voluntarily protected Liberland against any intruders all these years. Of course, when they do decide that they cannot afford to protect Liberland anymore – because let’s face it, this costs them a lot of taxpayers’ money – we are ready to take care of the security ourselves.

Once Liberland becomes an established country, what do you anticipate the reception will be from other countries? Are you planning to open Liberland to allow trading and tourism?

Liberland is already open for business and trade. Recently, the Chamber of Commerce was opened (Commerce.ll.land), in preparation for some events next year; we expect a large number of tourists will come to Liberland.

With 500,000 people interested in entering Liberland, how do you plan to handle immigration? At this time are you only accepting residents who can contribute specific skills to developing the country?

Our immigration policy will be very liberal. However, at the present time, citizenship is reserved for those who actively contribute to the creation of Liberland. We have just launched the website Liberland Jobs a platform where anyone can offer and apply for jobs of any kind including volunteering. So if you want to help, that is where we will find you.

What are the main goals you hope to accomplish with your upcoming ‘state celebration’ event?

Every year, on our anniversary, the 13th of April, there is always a significant event going on. This date is also the birthday of Thomas Jefferson. We invite many important foreign guests to Liberland. This coming year, we will launch the grand opening of our Bitcoin Freedom vessel that will also be the first permanent hotel in Liberland.

You’ve stated that your intention is to make Liberland “the tax-free cryptocurrency-producing capital of the world.” How important will the role of cryptocurrencies (and blockchain technology) be in creating your new country?

Cryptocurrencies are already the core of Liberland’s economy. All state activities will be on the blockchain. We are also the first country that welcomes Daos (Decentralized autonomous organization). We are likewise thankful to Spacemesh for hosting a Hackathon in Israel called Liberthon.org which should boost and create a massive amount of the Liberland smart contract ecosystem.

Smart contract technology provides great potential to create secure, decentralized systems based on codified laws. How do you plan to use smart contracts in your new government?

Yes. The key is most definitely a system of decentralized justice. We have teamed up with Kleros.io and Daostack to build a state-of-the-art solution for Liberland.

Do you plan to work with leading developers and executives in the crypto space (Vitalik Buterin, Vinny Lingham, etc.) to help develop your national cryptocurrency based economy?

Vitalik is one of our most important supporters. I hope to meet him in person in Prague in a couple of weeks. I hope he will be able to advise us on our merit and governance system.

Vit has plenty of challenges ahead of him, most notably the issue of immigration and getting around the restrictions currently being placed on the land by Croatia and Serbia. It remains to be seen whether Liberland will emerge as a true libertarian paradise. However, by wisely choosing to adopt the blockchain as a focal point of Liberland’s economy, Vit has already succeeded in galvanizing influential members of the crypto space towards his cause, an accomplishment that may very well prove to be vital to Liberland’s long-term success.

The cover image was brought by ab2l.org.br