Bitcoin mania has gone viral in recent months. However, most of the discourse surrounding the currency revolves around the question of whether it will rise or fall? Many new investors see the rise of crypto currencies and buy whatever comes with or without fees, logic, fundamental analysis or previous investing background. Speculation, like any other field of expertise, requires skill, discipline, and tools for market analysis. When so much money is at stake one needs to know how to moderate the excitement, and before running with cash on the streets, examination is needed to determine what stands behind these coins and whether their price reflects their value.

Following unprecedented media exposure over the last year, we have seen the biggest onrush yet to be seen in crypto-markets around the world. However, some investors have discovered what the Bitcoiners have long known. The world’s financial system is trying to control the crypto gates, even though this is a legitimate activity and it is our natural right to invest our money in whatever we desire. The uncompromising authority of the banking system demonstrates how “our” money is not in our hands to do as we please. In fact, we are subject to the whims of policymakers who decide what we can do with it. This is only a reminder of how a central decision-making authority can determine and enforce policies according to its own interests while disregarding the desire of the individuals it is supposed to serve. 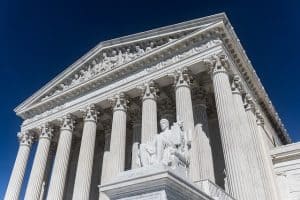 Bitcoin changes the rules of the game. Bitcoin is a mutation that originates in the genome of a free economy found in a fast-developing techno-global liberal environment. Unlike the classical financial system, where a board of directors is subject to political pressure and allows corruption, Bitcoin is not controlled by a central entity but by all the network players (developers, miners, money changers, wallets, and users). Each player in the network has the right to decide whether he is willing to accept the rules of a known and transparent protocol and no one can impose new laws without the broad consent of the rest of the users.

Bitcoin’s consensus algorithm is based on neutral, interest-free mathematics which assumes that each of the network players wants to maximize their profits in the harshest manner. This assumption is based on the mathematical study of game theory, according to which Bitcoin created a restrictive organic model that requires all players to reach an agreement at the interests balance point of the various players. It can be thought of as a social contract backed by a mathematical constitution that is determined by all the players in the network, and all those who wish to can take part, and not only an unelected minority. A constitutional amendment (changing protocol rules) requires a very difficult and broad consensus that cannot be imposed from above. Although this model is slower than a dictatorial decision-making model, it ensures the practical use of professional knowledge that is carefully screened and prioritizes the wisdom of the network as a whole over the limited knowledge of individuals. Also, the rules are defined in such a way that players are maximized when playing accordingly. When network players choose not to play according to these rules, the entire network can reject their “contribution,” and the rule-breakers then have the right to split into a separate network with different rules. If you were looking for an alternative to modern democracy, Bitcoin is here to inspire.

Winston Churchill once said, “Democracy is the worst form of government, except for all the others that have been tried.” Democracy fits small communities. However, the exponential expansion of human beings on the planet alongside the explosion of information left the world with a bureaucracy with a “top” decision-making center that cannot cope with the amount of knowledge required to make informed decisions. The nature of the decision makers in large organizations is to be cut off from the roots of the organization and its demands, and to gain more power and authority, thereby opening a hatch to organizational corruption. Bitcoin’s decision-making model presents an alternative to governance in the modern world.

However, there is a deliberate attempt to sweep the Bitcoin gospel under the stairs and reduce it to Blockchain technology. This attempt is led by interest groups, and it misses out the essence of the ideology that Bitcoin came to serve. The Blockchain is only one of the building blocks that enables the decentralization of the currency, and private control of a private Blockchain is less valuable than the aura surrounding it. Therefore, the spotlight on Blockchain technology dazzles the audience and prevents it from seeing the other factors that make Bitcoin unique in the digital currency landscape, enabling it to maintain the consensus algorithm on which it is based and the resulting decentralization of power. New investors entering the crypto field should ask themselves whether the currency they are investing in brings value to the table that does not exist in Bitcoin or that Bitcoin cannot assimilate at a later stage.

In conclusion, although Bitcoin makes it impossible to prepare a golden calf, and although it is impossible to print the portrait of the king of Thailand or of the statesman Benjamin Franklin, the intellectual-technological value of Bitcoin is invaluable. What began as an economic experiment in late 2008 has become the biggest threat the banking system has known since its inception. Revolutions in the modern era no longer occur by a proletariat that rattles the streets of the city, but by elite technologies that are two steps ahead of the old world. Banks and legislators who do not internalize the new reality and are not able to assimilate the currency will simply remain behind and may drag with them the population they are supposed to serve. Bitcoin’s price does not matter now – Bitcoin comes to limit government intervention in the economy. 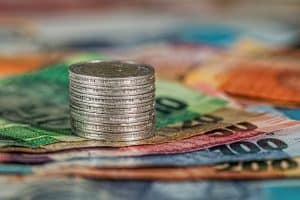