After nearly two months of a sharp increase in the Bitcoin’s value and a tremendous increase of the crypto market cap, the significant major correction has begun. The trigger was the Chinese government’s announcement about new investing restrictions. China citizens will not be allowed to invest in ICOs, as well as investigation of Chinese based ICOs and exchanges.
The announcement had affected the entire crypto market: starting with a sharp correction of Bitcoin, which lost almost $ 1,000 from its all-time high that was reached last Friday. Most of the Altcoins dropped even more, losing their Bitcoin value (and losing more dollarwise). The announcement effects are not clear yet, and we don’t know how it will affect the market and the ICOs in particular.

Lots of weak hands are selling in panic. Looking at the bitcoin’s graph, so far the correction seems healthy. From here it is important to see that the support level holds in order to achieve stabilization.

The direct impact of the Chinese issue was absorbed mostly by projects and ICOs related to NEO platform, the “Chinese Ethereum”. Some of them were postponed to an unknown date, while others were canceled. Some even refunded investors who had already invested in their project. The negative news caused NEO to lose much of its value, the future is unclear.

During recent hours there has been a remarkable stabilization in Bitcoin’s value, but it is still too early to announce the end of the down trend. 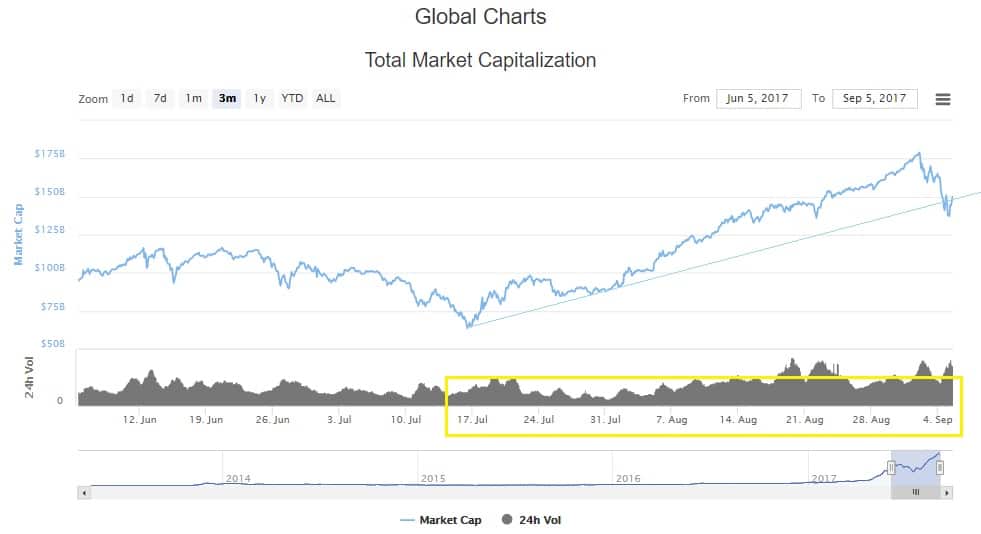 The $ 5000 area was reached sooner than expected. The all-time time high is at $ 4979 (Bitstamp) and in some exchanges over $ 5000. From there we got a sharp correction of 15% back to the support levels at $ 4000. In our previous update report we mentioned the support level around $ 3,600. In the long term, we are still on an up trend, as long as these support areas hold.

Fundamental news – We are approaching November. The New York’s SegWit x2 agreement is supposed to be executed – upgrade to a 2 mega block. This may create a large demand for Bitcoin, based on what happened with Bicash. As always, there is going to be a lot of action in the near future. The politics surrounding bitcoin have not yet ended, we are just relaxing a bit. 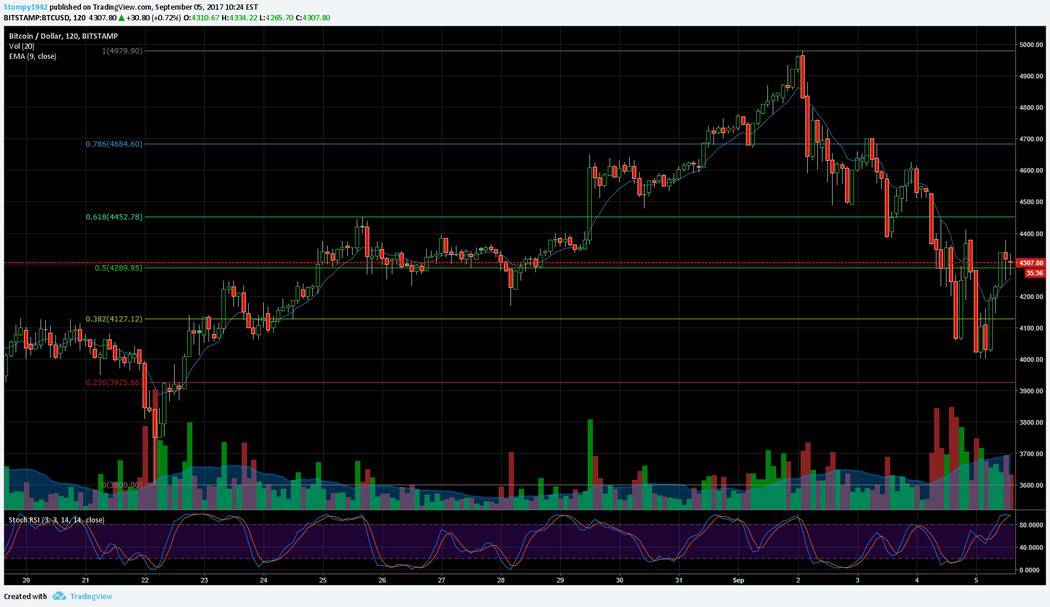 ETH – Bitcoin: The ETH value was also affected by the sentiment and dropped from the support level of 0.08BTC to the low at 0.066BTC. Currently, after correction, ETH is trading around 0.071BTC. it is very likely that Ethereum will get supported here. 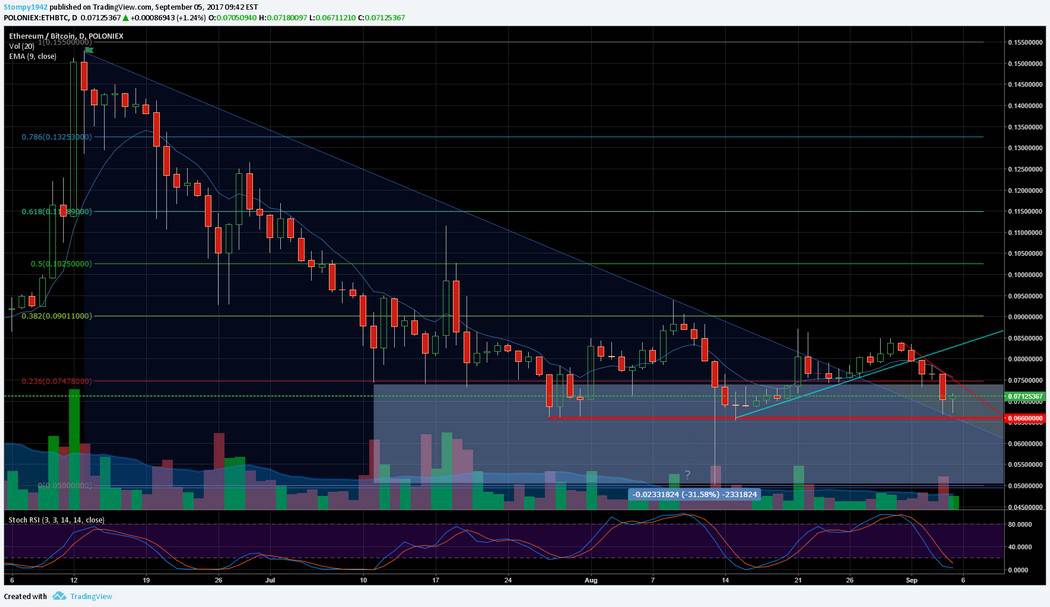 ETH – USD: a double top was formed at the resistance level around $ 400 (a bearish pattern). The correction reached at its low the level of $ 260 and currently ETH is trading around $ 300. In fact, we returned to the support areas of mid-August 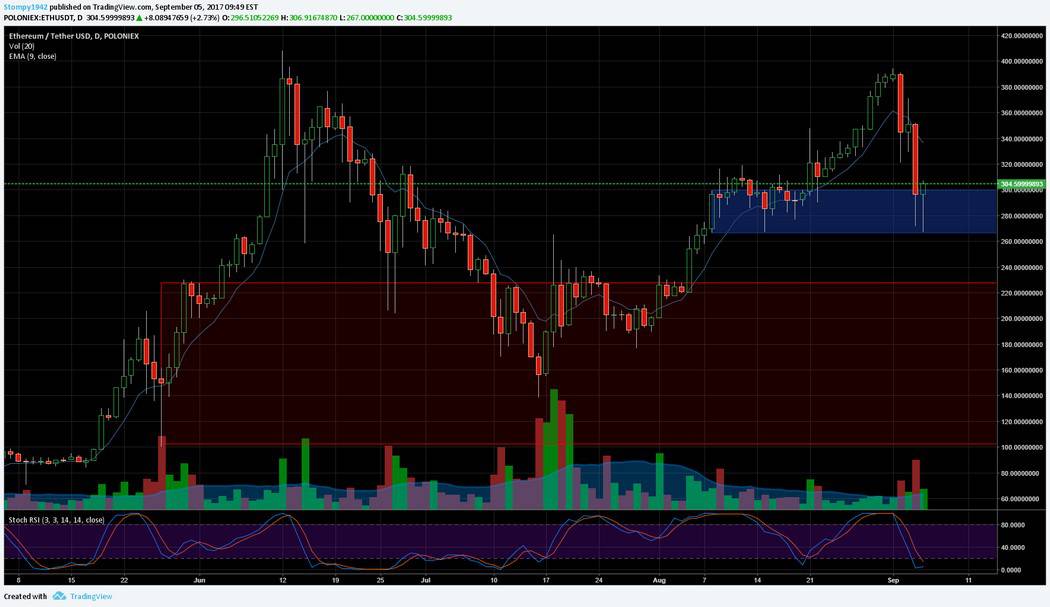 LTC – Bitcoin: the value of Litecoin is rising, it’s clear from looking at LTC’s daily graph. Chances that a W is forming (a bullish pattern). As reported in our previous updates, Litecoin has a high demand. Whether it is for trading LTC or hedging against the Bitcoin.

The LTC had reached a high of 0.0189BTC, where lies a resistance level. From there, and together with the negative sentiment in the market, LTC suffered from a correction back to 0.0151BTC. Overall this is a healthy correction after a rapid increase. 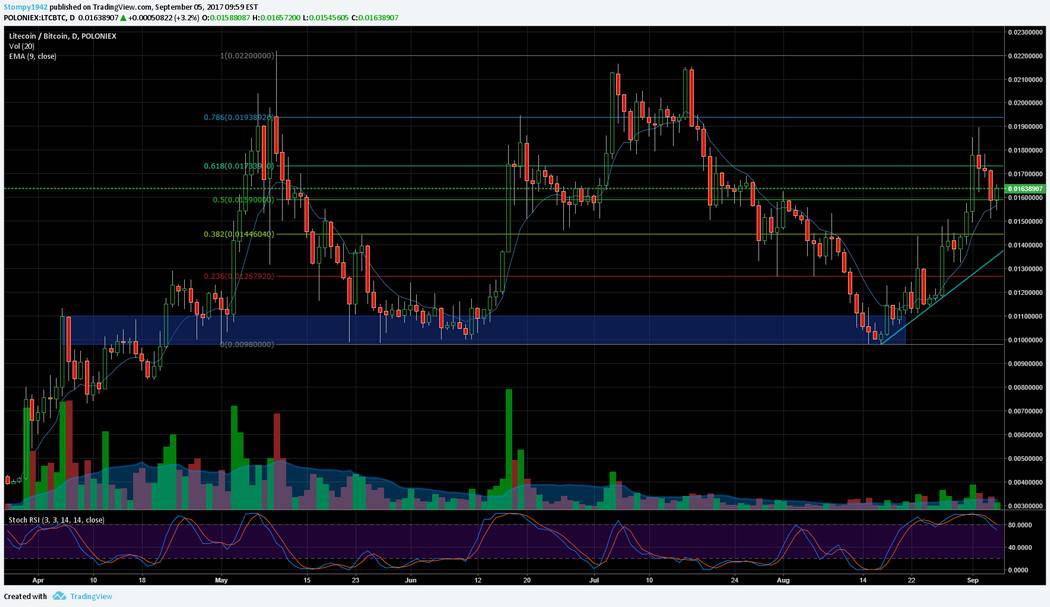 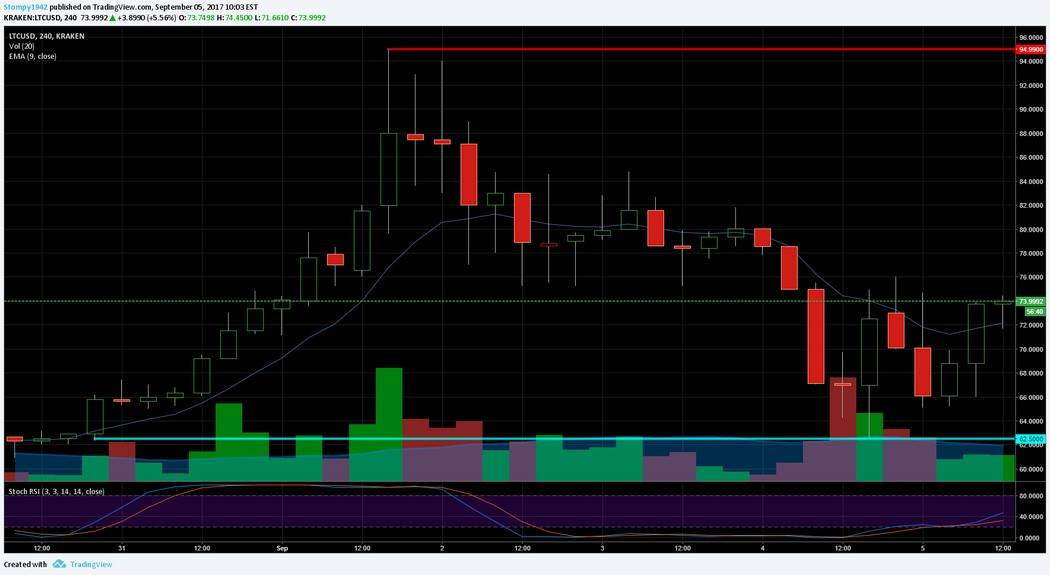 After an ongoing correction and a negative momentum (especially during the days when Bitcoin broke its records). The BCH value had been stabilized around 0.12BTC. Looking at the graph, BCH looks fairly stable.

BCH dollar value was affected together with the market, reaching a $ 460 low. Since then, the value had been stabilized over 500 USD. 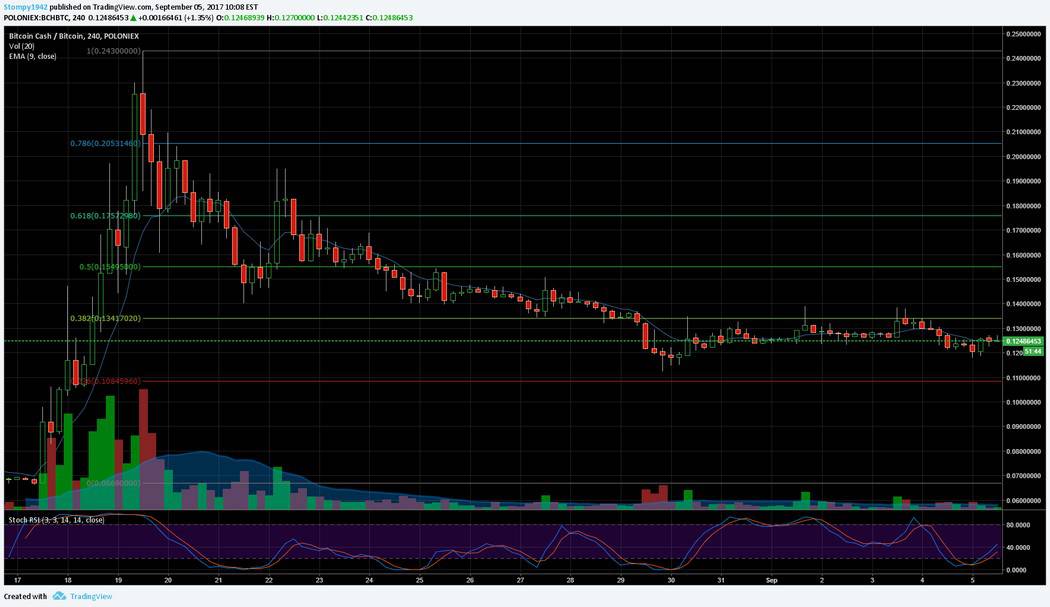 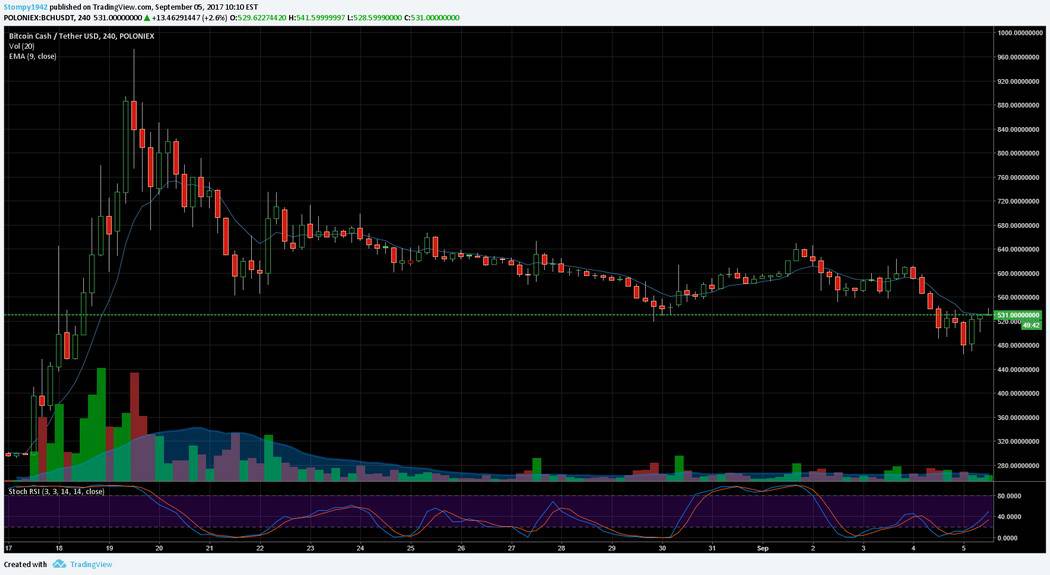