Bitcoin had a very nice rally the past two days, climbing up to a new all-time high during recent hours. This week, we had a new record high in terms of trading volumes. The Crypto market is now at a $164 billion market cap.
Segwit had become an integral part of Bitcoin, now we can expect developments that will improve the protocol. In almost every media we hear about Bitcoin, Blockchain and record breaking ICOs. The political situation around North Korea adds, even more, fuel to the fire.
The market continues to grow and nothing seems to stop the pary. The advantage is that Bitcoin is a limited resource – today there are just over 16 million coins out of the 21 million total.

Relatives to Vladimir Putin have proposed raising $ 100 million for the establishment of a huge Russian Bitcoing mining pool. This kind of move could change orders in the miners’ market, an area which is dominated almost entirely by Chinese miners.

regarding ICOs: the US SEC’s recent announcement did not really affect the demand for ICOs. Keep in mind, investing in ICOs is very speculative, you should research carefully before investing.

In China, the government announced that it would review the ICO idea. This announcement caused panic, we could tell it by the “Chinese Ethereum” – Neo, that suffered from a severe 25% drop in its value within a few hours. Some of the ICOs on top of Neo platform are posponed for now.

These announcements remind us of some similar in the past. The announcement created panic in the short term, and turned out to be cheap manipulation afterwards. It will be interesting to see how the market will deal with Neo’s current situation.

The daily graph shows a sharp increase with corrections that create a lot of confusion and volatility for the day trade investors. For example, last week we witnessed a strong support around $ 4000 despite the short V bottom down to $ 3600. This V bottom gave the market confidence for the record breaking, up to a new high of $ 4649. Recent hours trading looks very bullish and it is possible that we will see the $ 4,800 level very soon. 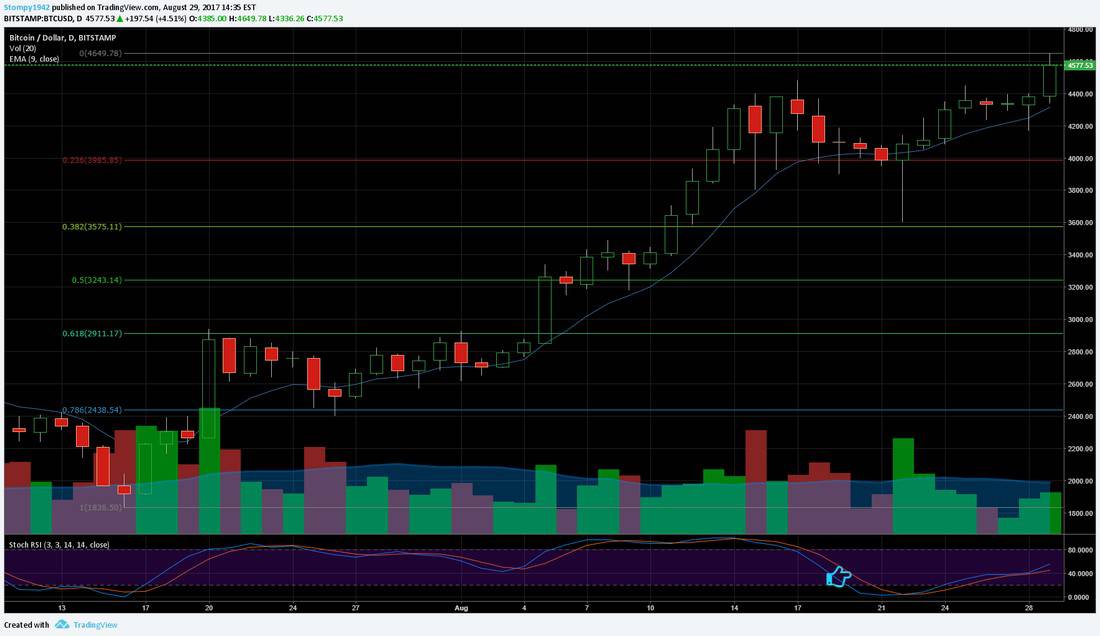 Traded vs. Bitcoin, as we reported in the previous market update, we tested support around the 0.07 BTC level. Now ETH is traded around 0.08 BTC.
ETH – USD: the story is different. The momentum is very positive and is slowly climbing towards the all-time dollar high. 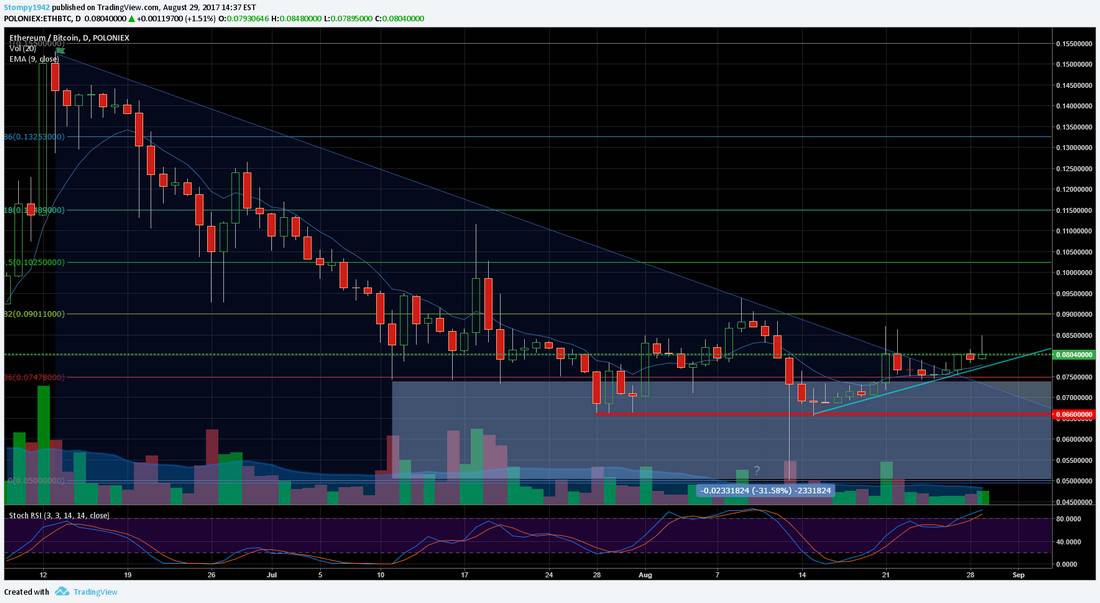 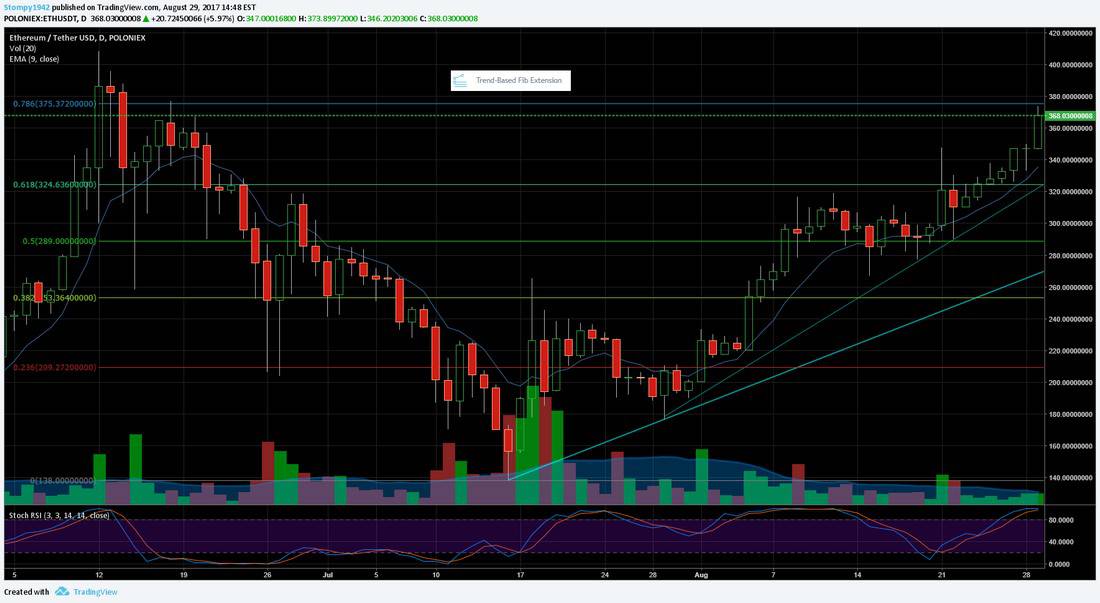 XMR is one of our favorites. This week XMR had broke the all-time high vs. the US dollar and also vs. Bitcoin, with very high volumes. The value has soared up to 0.0355 BTC, this move had started around 0.012 level.
XMR – USD: Value had reached $ 150 during past week, seems like it will stay over 100$. 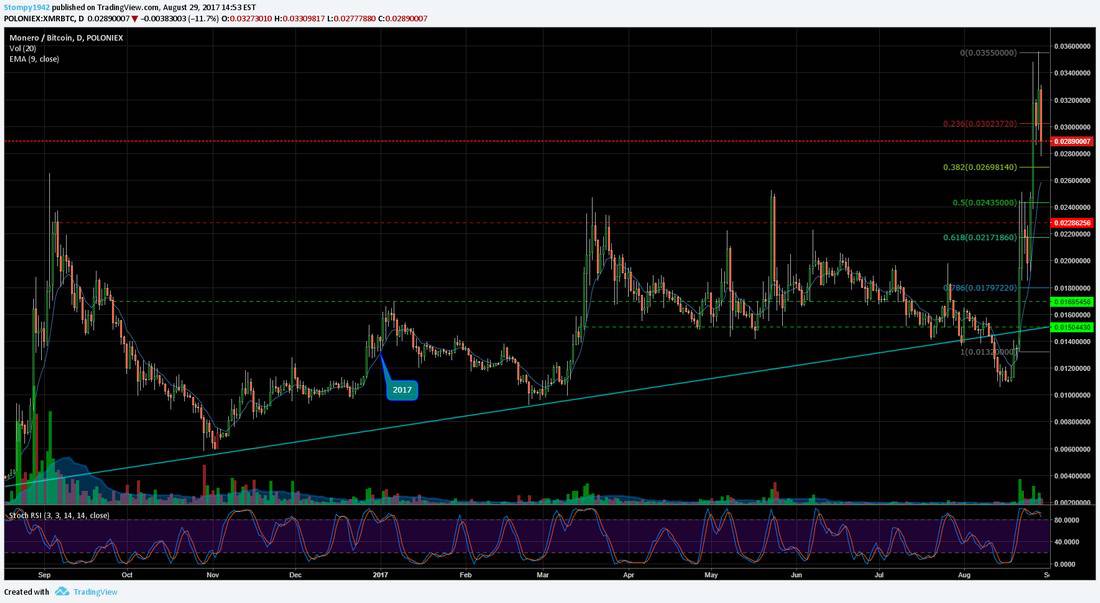 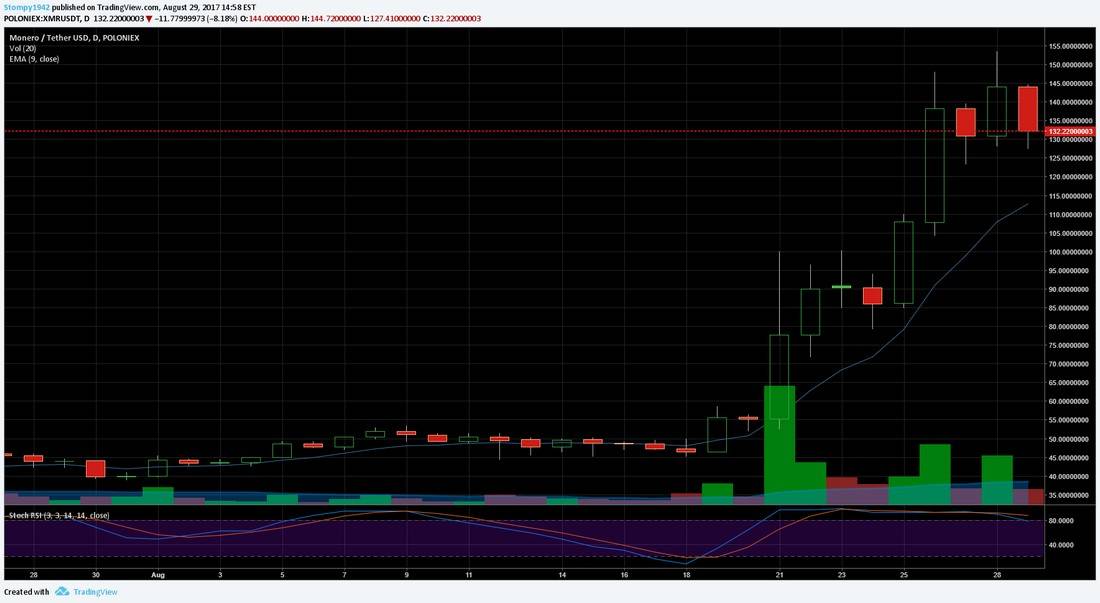 As been reported in the previous update report just a week ago., LTC rose from the 0.011BTC level, up to the strong resistance in the area of ​​0.015BTC. If we break out it will be very interesting.
LTC – USD: New Record highs. Trades over $ 60. 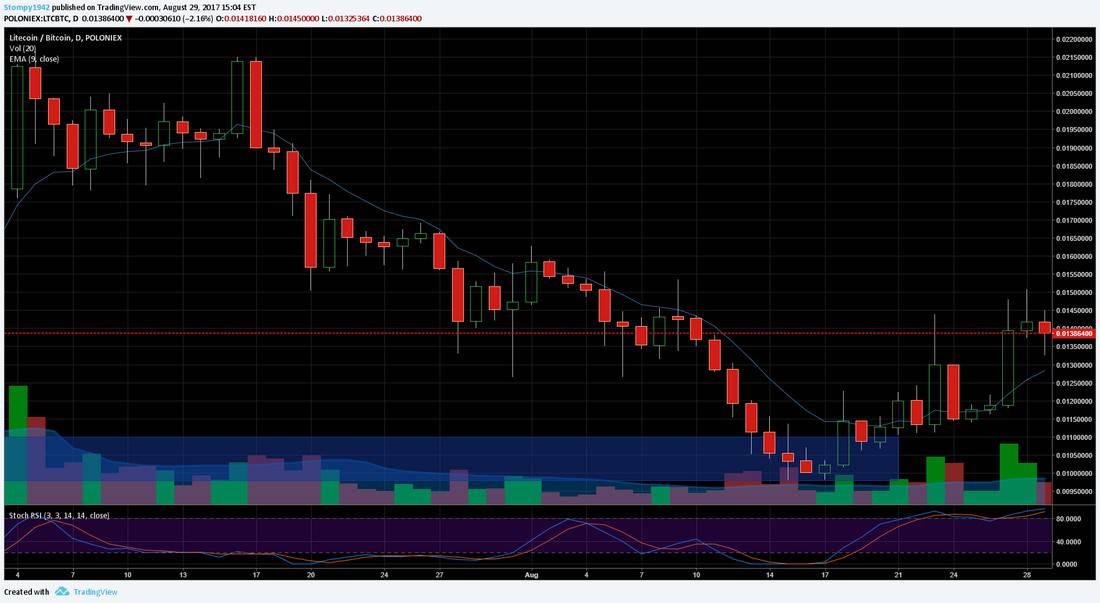 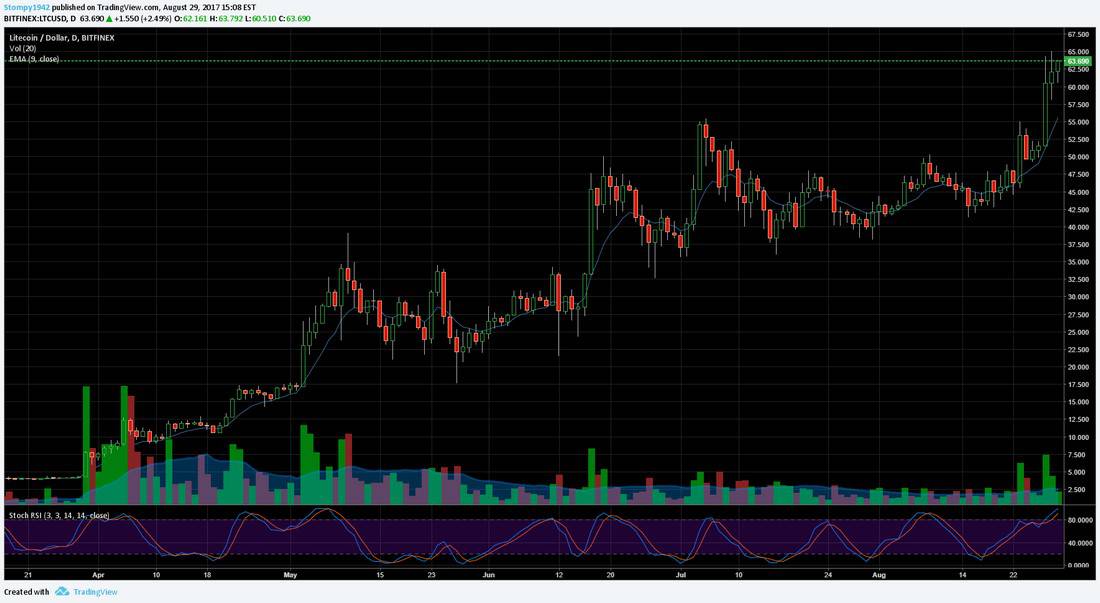 After a very nice 4x run, we are down 50% from the peak of the last move. The increase in the bitcoin mainly affects Bitcoin Cash. Unless we see a significant correction in Bitcoin, the resistance at 0.24 suddenly seem very far away. BCH – USD is also negative for the short term. 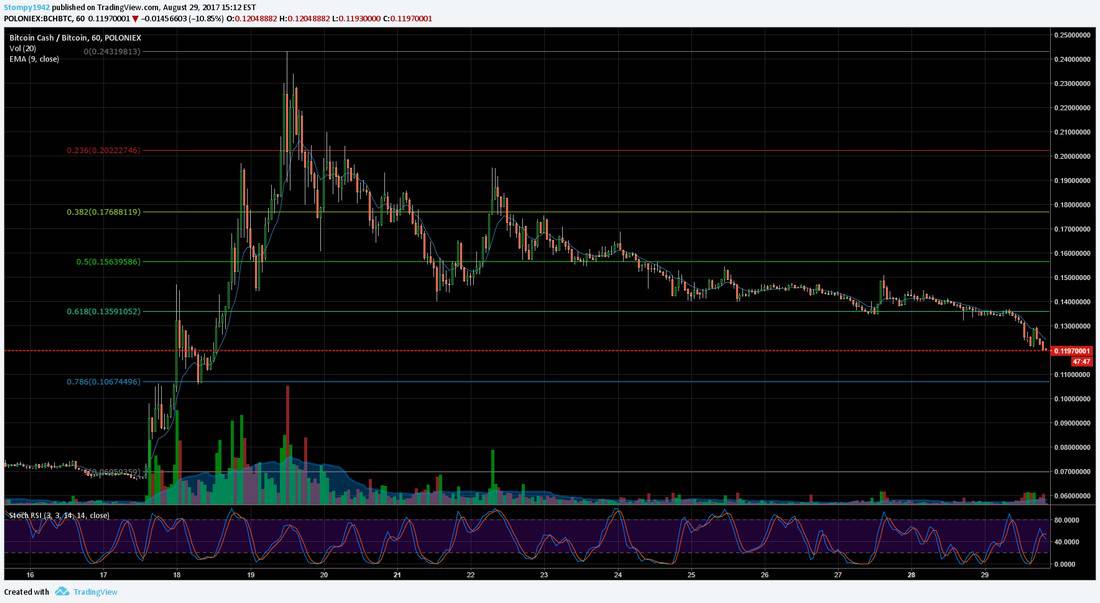 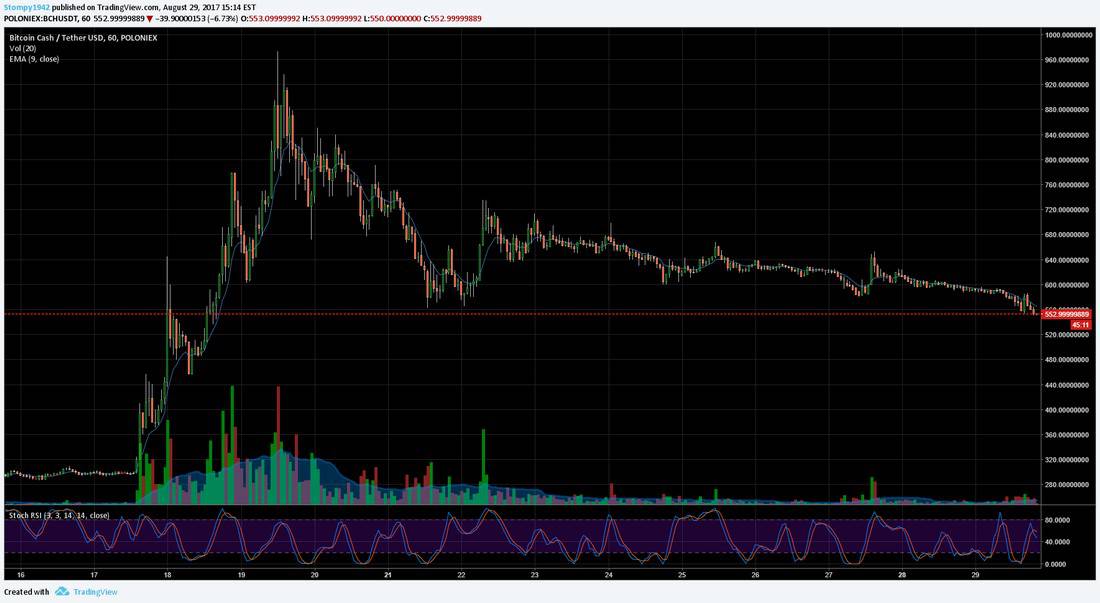 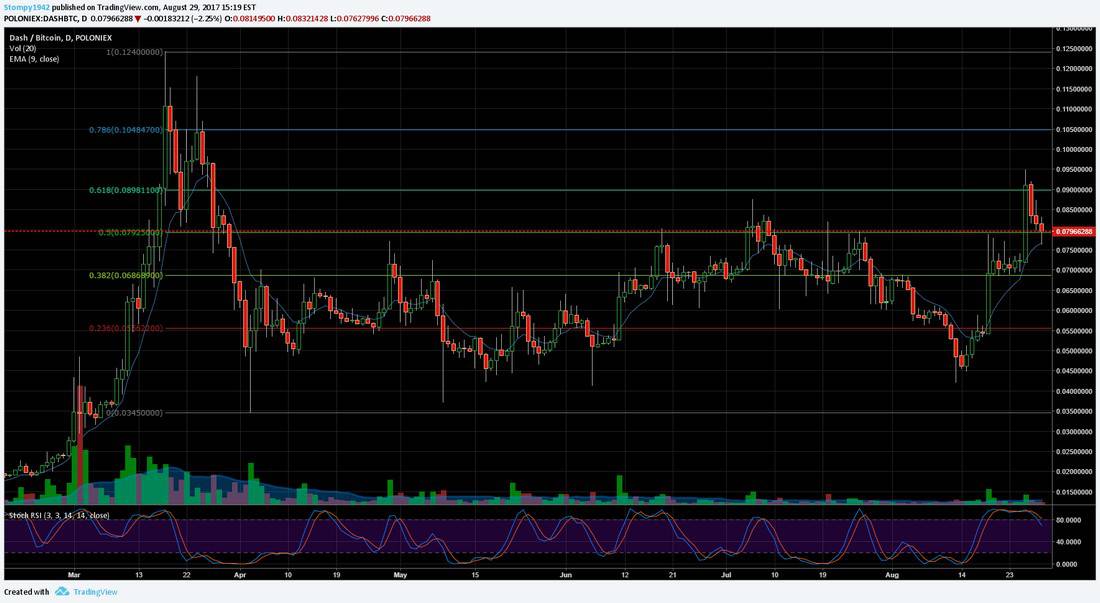 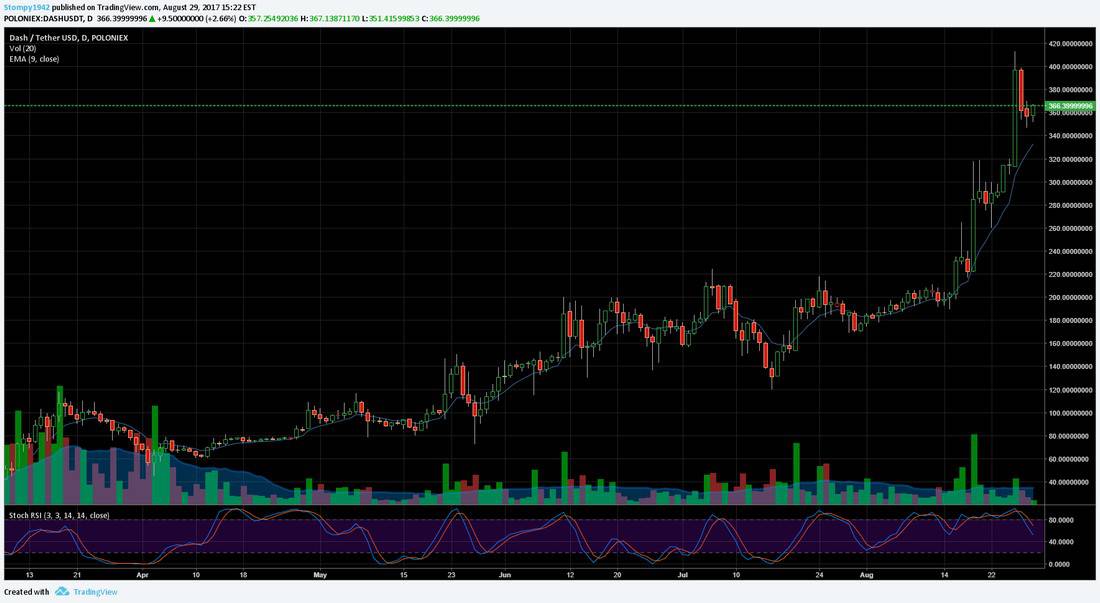 ZEC – BTC: After corrections and price stabilization at April’s levels, there seems to be a lot of support in these areas. The next resistance lies around the 0.07BTC.
ZEC – USD: the trend is positive. ZEC is being traded around $ 270.
Zcash news: Atomic Swaps is a feature that would enable exchange between Zcash and bitcoin using Segwit technology. 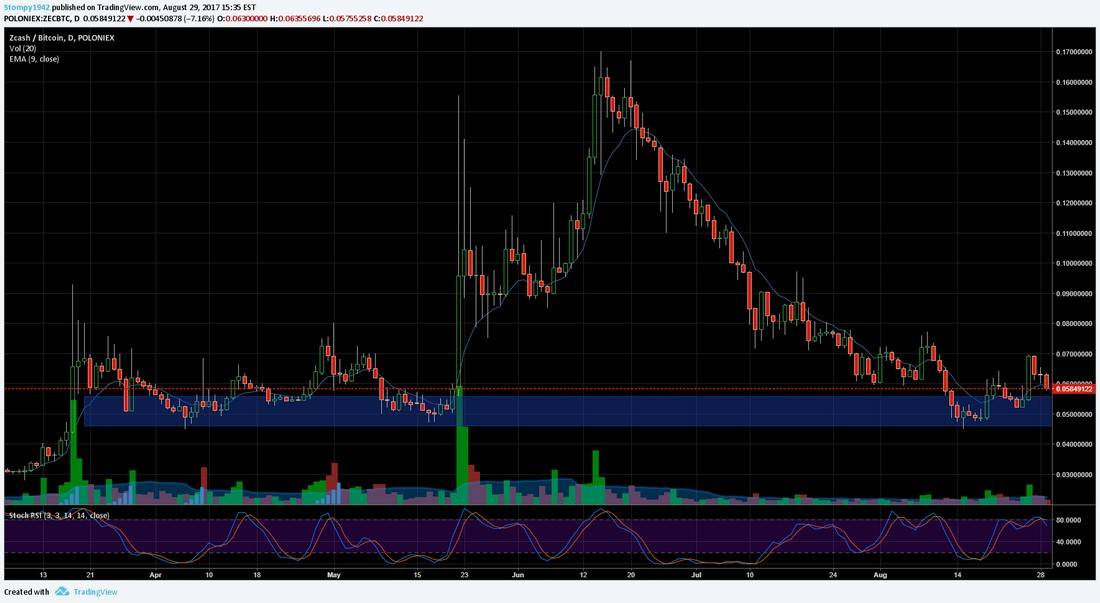