Metadium, a blockchain powered decentralized protocol that aims to solve the current flawed identification system, is proudly announcing that their utility token called META is now part of KuCoin’s promising and potential tokens.

Deposits can now be transacted with supported trading pairs including META/BTC and META/ETH. All transaction activities are done using KuCoin’s mobile apps and to their official website.

It supports a decentralized digital identity and serves as the robust heart of the Metadium ecosystem to give a reliable, next-generation identity. This Meta ID has the capacity to present identity ownership to its users, allowing for a self-sovereign identity.

Metadium supports the decentralization of a digital identity by eliminating the demand for individuals to trust a centralized control to manage their own identity. In other words, through Metadium, users or data subjects need not to depend on a central authority or any other actor in the ecosystem to validate their existence.

For decentralized identity infrastructure, META functions as a means of exchange for identity attestation and sharing. Attestation agencies will be compensated for giving attestation services once the data they validated has been obtained. Service participants will reward both attestation agencies and users with META in return for getting and using identity data. Users will be rewarded for giving their identity data and can use META to purchase identity-related services provided by Metadium and other service providers.

Once identity infrastructure has been created, Metadium will concentrate efforts on actively extending the ecosystem to onboard a wide variety of services. As more service providers, services, attestation agents and users populate the network, the META token will play an increasingly important role in facilitating transactions, rewarding participation, and rewarding contribution.

The META token will also play an important role in the network protocol layer, where it will be utilize in the following services:

Each on-chain activity will require a transaction fee. These fees are designed to prevent DDoS attacks, where large amounts of transactions are intentionally submitted to overwhelm the network. Charges will be obtained when META is transferred, upon dApp and smart contract deployment on the Metadium blockchain, and upon dApp and smart contract execution.

META will be given to the block producing nodes in return for their participation of securing the network. 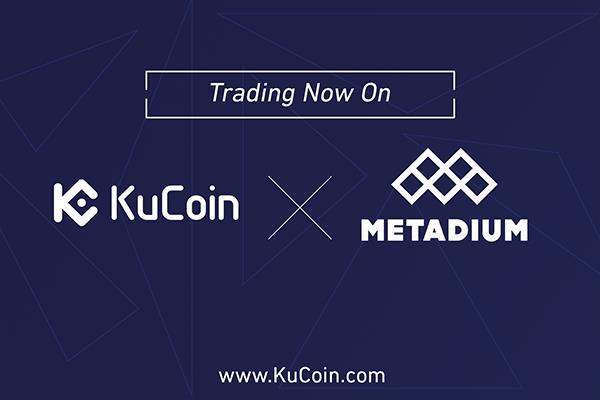