Bitcoin prices have long been correlated with a variety of factors, including adoption level, new developments to the technology, etc. However, lately, as Bitcoin has slowly made its way to the mainstream, correlations between Bitcoin price and the US dollar have increasingly become apparent.

For most of the past two months, Bitcoin and the US dollar have acted as polar opposites; when the dollar rose, Bitcoin fell, and vice versa. This relationship is commonly seen amongst fiat currencies and other asset classes. When national currencies decline in value, people choose to store their money in other asset classes (like Gold or Bonds) that will retain or appreciate in value. We’ve seen examples of this occur with Venezuela and most recently Turkey:

In both cases, the declining value of the fiat currency  created additional demand for other asset classes like Bitcoin. Gold and Bonds have traditionally been an asset class that was only accessible to a limited number of people. With Bitcoin’s ease of access, we should expect more people to transfer their funds into cryptocurrency during times of trouble for their national currency.

Declining purchasing power of the US dollar strengthens Bitcoin

For many years the purchasing power of the US dollar has been slowly declining. Today it’s worth less than 90% of what it was in 1913: 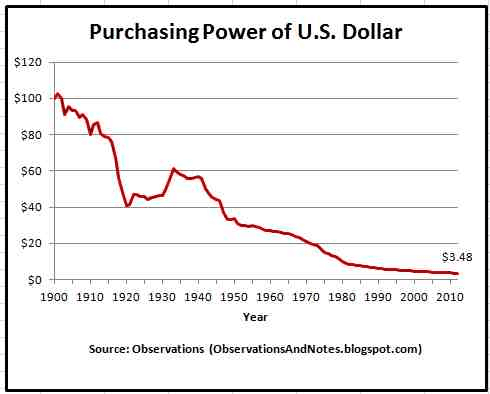 If this is any indication of future value, we can expect to see Bitcoin become a more prominent asset class for US investors seeking to maintain or appreciate the value of their money.

Experts on the crypto space, from Bitmex CEO Arthur Hayes to Mati Greenspan, a senior market analyst for social trading platform eToro, believe that when it comes to interest rate hikes, an event that typically impacts the price of Gold and other asset classes, Bitcoin remains largely unaffected.

“Bitcoin is largely disconnected from any traditional markets and bears absolutely no connection to interest rate outlook at this time.” Says Mati

As the image illustrates, the correlation became most clear in early 2017, which was also a very bullish year for both Bitcoin and the stock market.

Datatrek, a research consultancy has analyzed three holding periods of 10 days, 30 days, and 90 days for Bitcoin and the S&P 500 since January 2016. They found that there was a 79% and 52% correlation in Bitcoin and daily S&P 500 price movements. On a 90-day basis, that figure has a correlation ratio of 33%.

“Since investors have only one brain to process risk, they will make similar decisions about cryptocurrencies and stocks when they see price volatility in the latter,” – Datatrek Analyst.

Asset classes are commonly intertwined due to investors having access to a range of opportunities for which they can diversify their funds. In the early days of Bitcoin, the many technical barriers and fear of illegal activity prevented mainstream investors from diversifying into the crypto asset class. Now that Bitcoin has found its way into the purview of major institutions like the NASDAQ and financial news media like CNBC, the average investor has taken notice and now has an easier entry point for purchasing Bitcoin through exchanges like Coinbase or Gemini.

Ultimately, this increased access means that as the years go on and the sample size of Bitcoin holders increases, we can paint a more accurate picture of the correlation between BTC prices, stocks, and the US dollar. Based on what we’ve observed so far, we can conclude that the declining value of fiat money, combined with a strong bullish sentiment in the stock market, both lead to positive outcomes for the price action of Bitcoin.