In an attempt to protect users from losing more funds in an ongoing attack, IOTA Foundation has suspended the IOTA distributed network, for the time being, the firm announced late Thursday.

The nonprofit advised users to stop using their Trinity Wallets, while also stating that it has temporarily shut down the network’s Coordinator node. It was designed to validate transactions and protect the network against attacks.

On their website, the current status of the IOTA mainnet is denoted as “Not Operational” as shown below. 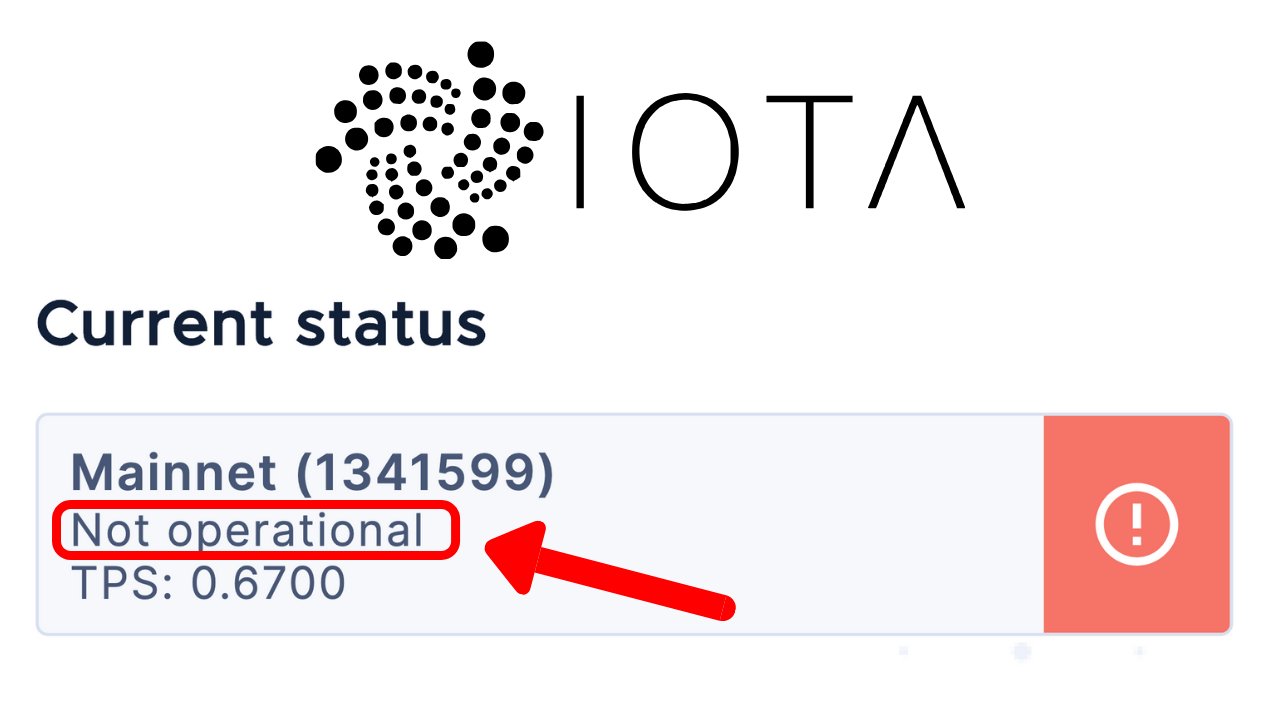 This action, according to the foundation, will ensure that no more funds are stolen until they are able to investigate the flaws causing the thefts.

“After an initial investigation, we decided to turn off the Coordinator to make sure no further theft can occur until we find out the root cause of these thefts. Further investigation taking place from here on,” IOTA said in its status update page.

Before shutting down the network, IOTA announced on Wednesday that they are investigating suspicious situations with the Trinity wallet. Trinity, developed by IOTA, was initially released in July 2019 as a secure software wallet for storing IOTA tokens.

The German-based foundation said they had received several reports of stolen funds from users who have recently used Trinity. Thus, the move to warn users not to open or use the wallet on desktop until further notice.

The foundation said they have been analyzing the attack patterns with their newly developed kits. As the probe continues, IOTA said they are also working with cryptocurrency exchanges, law enforcement agencies, and cyber forensic experts to investigate the coordinated attack.

As per the feedback from some exchanges, no part of the monitored funds has been transferred to another wallet or liquidated.  However, IOTA said they will keep users updated with the progress of the investigations.

The foundation plans to introduce a new feature on its mainnet called Coordicide to eliminate the centralized nature of the network. Once the Coordicide becomes fully active, IOTA will be able to function without a central coordinator.

SPECIAL OFFER (Sponsored)
Binance Free $100 (Exclusive): Use this link to register and receive $100 free and 10% off fees on Binance Futures first month (terms).

PrimeXBT Special Offer: Use this link to register & enter POTATO50 code to receive up to $7,000 on your deposits.

VanEck: FTX Crash Not Important for a Bitcoin ETF (Exclusive)

What is Aptos (APT)? The Complete Guide

Natalie Brunell: This is What Made Me Go From Traditional Media to Full-Time Bitcoin (Interview)

Binance BNB Burn Explained: How Much is Burnt and When?