Since our last analysis, ETH climbed above the resistance at $185 and increased even higher to meet the $193.50 level. The cryptocurrency failed to break above the latter and, instead, rolled over back toward the $185 price level.

This level of resistance had provided some “problems” for the market during both October and November 2019 and, therefore, is expected to provide significant resistance moving forward. The cryptocurrency continues to trade within the ascending price channel and support is expected at the lower boundary.

Despite the recent price decline, ETH remains bullish – so long as it stays above the 200-days EMA. If it was to drop beneath the $158 level, the coin would be considered as bearish. 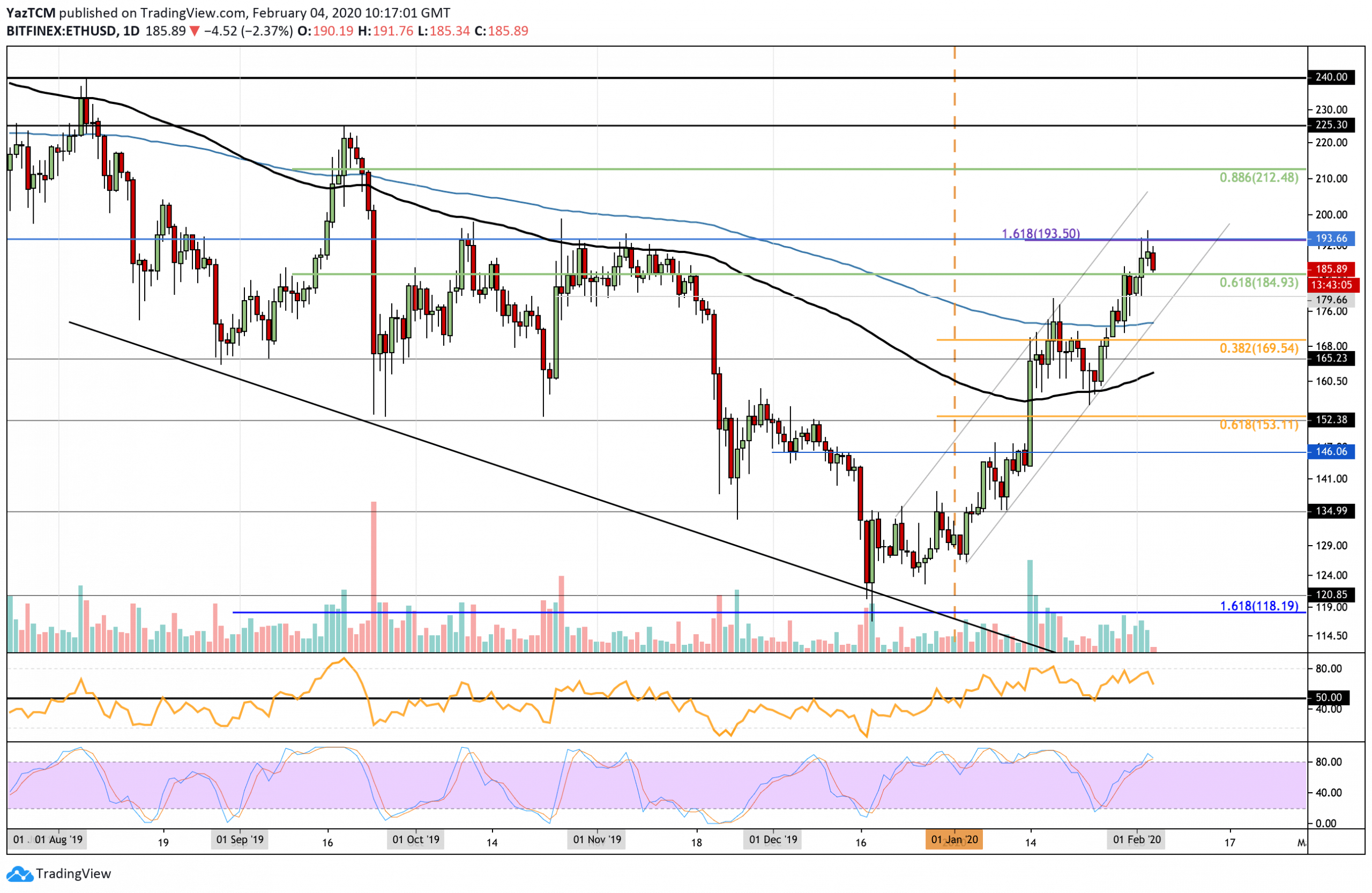 The RSI is above the 50 levels, however, it has started to point downward to show that the bullish pressure is fading. Furthermore, some divergence has also appeared between the RSI and price action which indicates a reversal may be imminent. Additionally, the Stochastic RSI is primed for a bearish crossover signal which might send the market for a correction.

Against Bitcoin, Ethereum rose above the resistance provided by the 100-days EMA and continued further higher to reach 0.0204 BTC before stalling.

This has led to ETH/BTC returning to the December 2019 highs as it looks to pass this resistance. Additionally, the cryptocurrency experienced added resistance from a 4-month-old descending trend line and was unable to close above this combined resistance level.

After creating a fresh high above the January high, Ethereum/BTC can now be considered as bullish in the short term. However, if it was to drop back beneath 0.02 BTC it would be considered as neutral with a further drop beneath 0.0185 BTC turning it bearish. 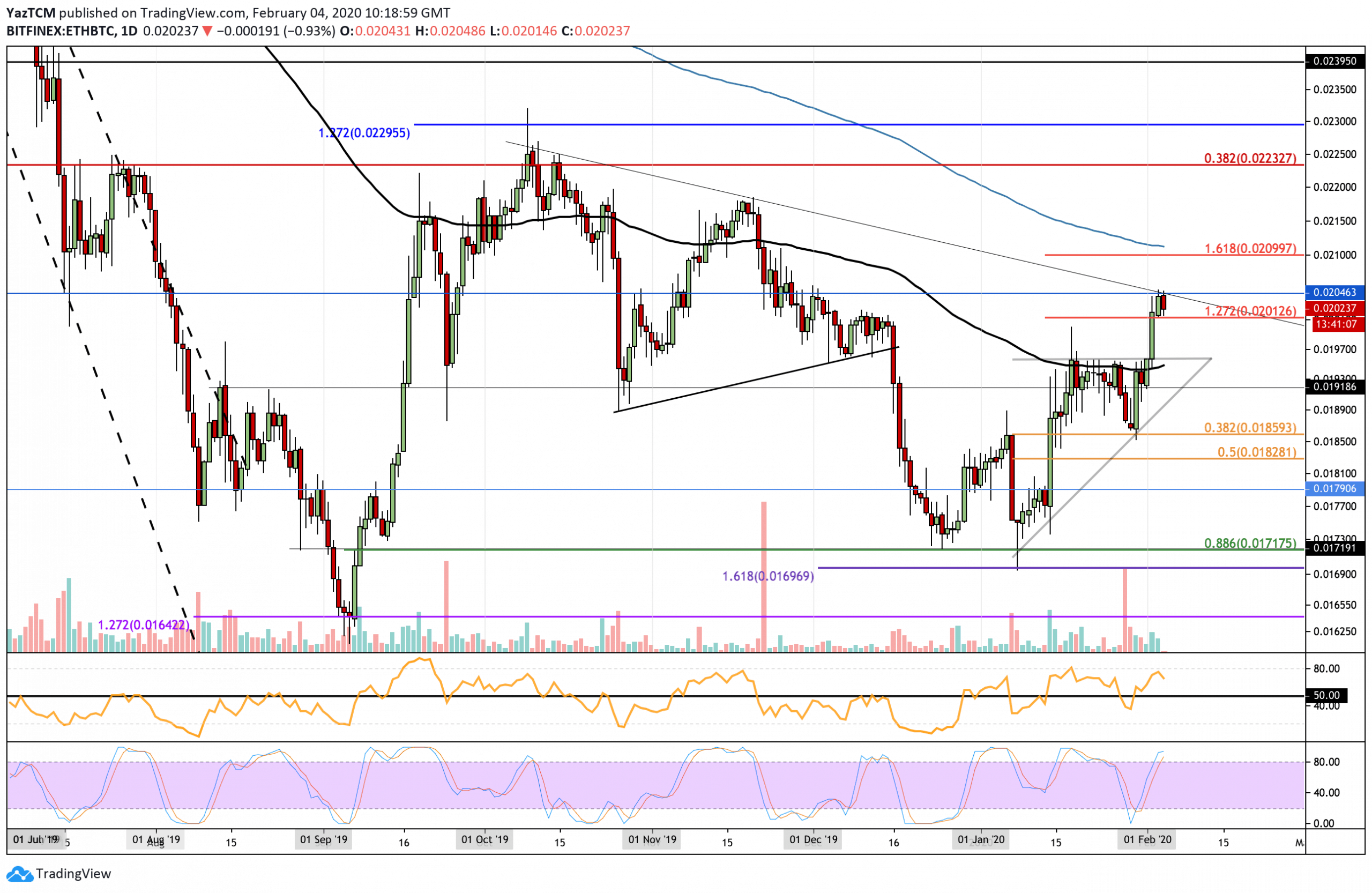 Similarly, the RSI is now pointing down to indicate a fading bullish momentum. This combined with the Stochastic RSI being ready for a bearish crossover signal leads to the assumption that Ethereum might be heading lower pretty soon.