Esports is quickly becoming one of the largest industries in the world, drawing in thousands of players and over 143 million viewers in 2017, with a projected viewership of 250 million by 2020. These massive participation numbers have led experts to predict that eSports market revenue will reach 1.65 billion U.S. dollars in 2020. Yet despite this growth, the industry is still hampered by a lack of inclusion when it comes to revenue sharing opportunities. Only a handful of gamers have the skills and fortune to make a living playing games, while millions of casual gamers earn nothing from playing. Furthermore, gaming tournaments have very low payout prize pools, and often times, tournament organizers are unable to turn a profit on hosted tournaments despite the popularity of eSports.

To solve these problems, eSports Ecosystem is creating a standard cryptocurrency for all eSports. The eSports Ecosystem token (ESE) can be used as a form of payout to players, an entry fee into tournaments, to trade merchandise on-site or online, and ultimately empower players teams and tournaments by providing more revenue outlets through blockchain technology.

eSports Ecosystem uses its ESE tokens to complement tournament fiat payouts by adding to the total prize pool. An increasing prize pool also allows tournament organizers to develop a broader pay structure to include more players. This way, the top 100 players can win some ESE tokens, as opposed to only the top 10 winning prizes while the rest get nothing. Furthermore, eSports Ecosystem helps sponsor events by giving tournament organizers ESE tokens from the community wallet.

With Staking Rewards, users receive additional tokens passively when they keep their tokens in the official ESE mobile wallet app. The wallet will automatically accumulate ESE tokens at a rate that depends on the number of tokens they hold. 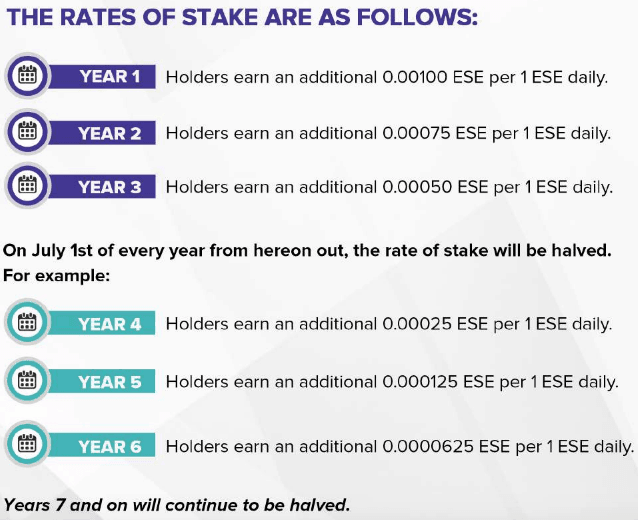 This reward program provides users with 5 tiers to achieve. Each tier is based on how many ESE tokens you hold, and bonus rewards are distributed according to the particular tier you belong in. 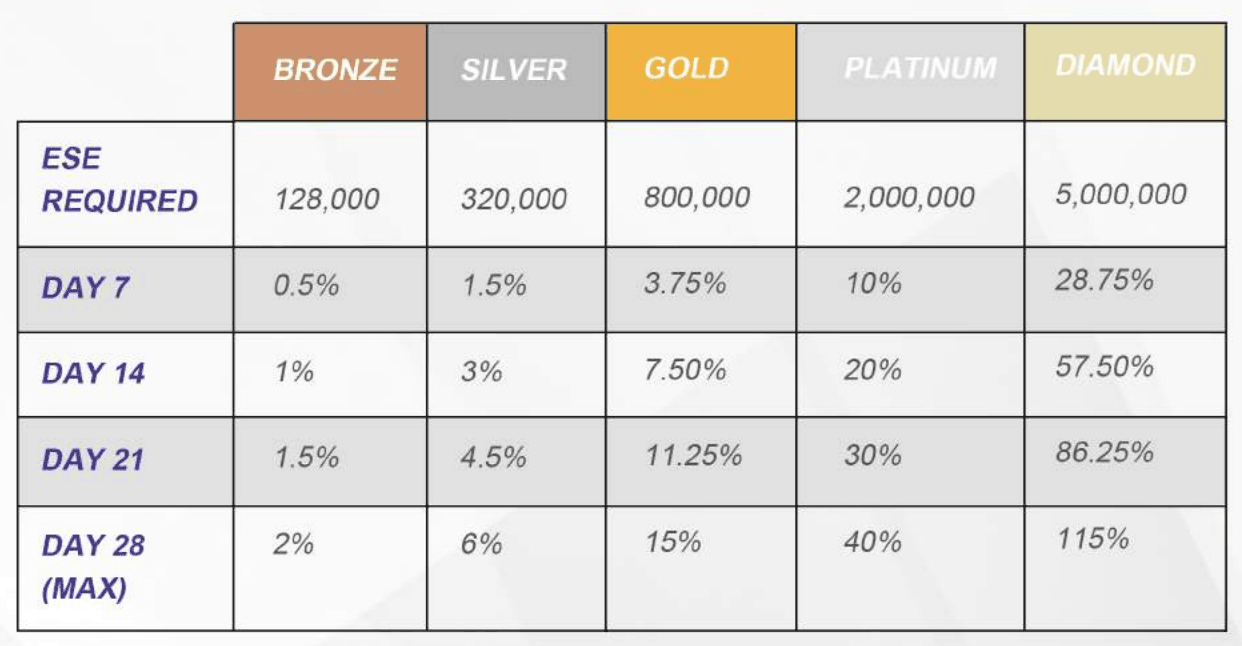 To make access to ESE tokens easier, eSports Ecosystem provides a mobile wallet app that can be download from the Google Play Store or Apple Store.

Key features of the app include:

The current token distribution model is as follows: 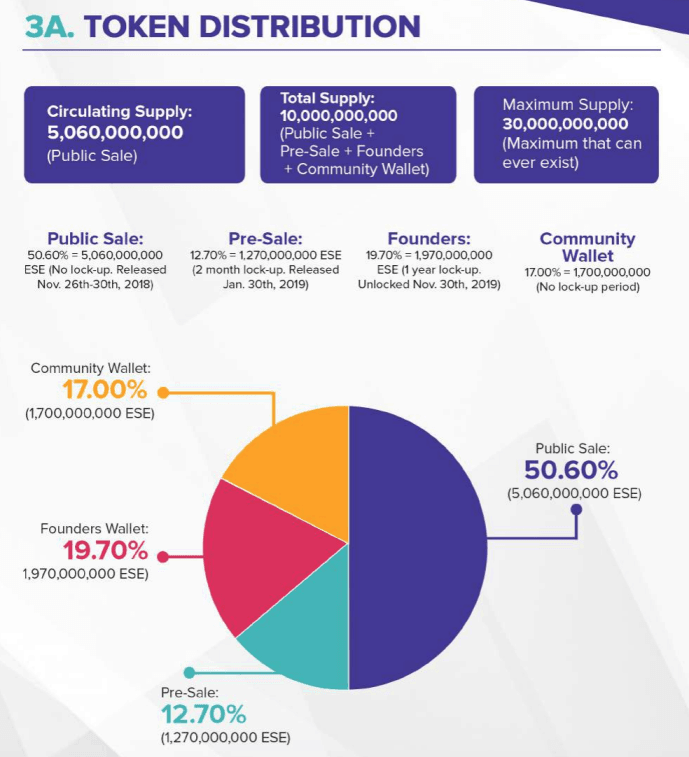 The eSports Ecosystem team consists of experienced entrepreneurs, developers, and gamers in the eSports industry.

Lap Chi Duong is the CEO of one of the largest eSports companies in Canada. Canada Cup Gaming. Lap Chi provides ESE with the perfect launching platform to ensure its success. With a strong foothold in the eSports ecosystem, Lap Chi is well known and has close relationships with other eSports companies, organizers, and professional players to help ESE gain worldwide awareness, adoption, and acceptance within the eSports ecosystem.

PETER NGUYEN – President Peter Nguyen is an early adopter and cryptocurrency expert. He is a full-time cryptocurrency trader, miner, and master node operator. A true student of the game, he will bring his extensive knowledge to the project and advise on how to best merge both the cryptocurrency world and the eSports ecosystem. 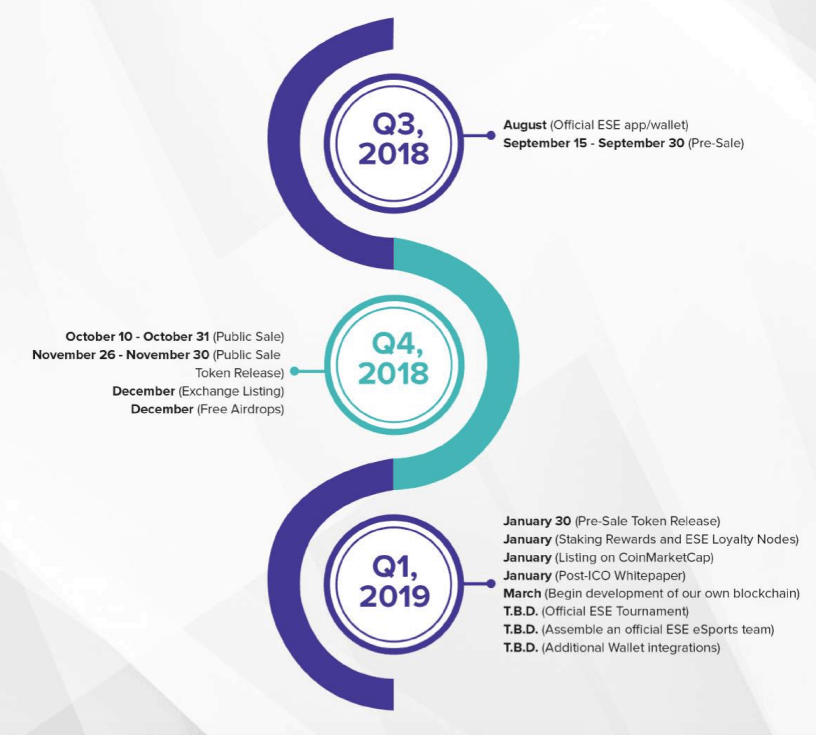 eSports Ecosystem is aiming to carve out a niche in a fast-growing industry that is poised to generate over $1billion in annual revenue in the next 2 years. As the industry continues to grow, more players will want to get involved, and more tournaments will be hosted to satisfy demand. eSports Ecosystem is in a unique position to capture this demand through their ESE token, mobile wallet, and unique reward structures. If the company can overcome the slowing public interest in ICO’s and heavy competition from big players like Activision or Electronic Arts, then eSports Ecosystem may help play a major role in the increasing adoption and revenue generation of the eSports industry worldwide.