If Dr. Julian Hosp and U-Zyn Chua, co-founders of the DeFiChain Foundation, were to tell others their unlikely story around co-founding a company together, many would shake their heads in disbelief at the unlikeliness of the sequence of events. DeFiChain started as a fated project from the friendship of two people – U-Zyn, an early pioneer in Bitcoin and an exchange founder and Julian, a medical doctor and serial entrepreneur.

U-Zyn was exposed to Bitcoin in early 2011 while tinkering on the web. When Julian and U-Zyn first met in 2016 over coffee, they clicked immediately and ended up collaborating around various cryptocurrency-related projects and became co-workers. The two lost touch in 2017, but in 2019, the two met each other in Singapore and initiated to brainstorm around a project that the two could co-found together. 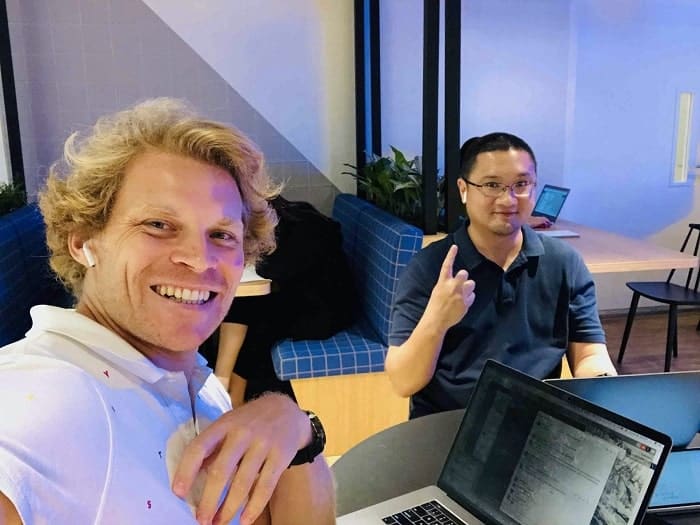 When U-Zyn and Julian reunited, they knew that they wanted to establish a more formal collaboration. The two used their creative juices to start bouncing ideas off each other with rapid-fire speed. When the topic of “DeFi” came up, the two knew that the possibilities were infinite in this space – even when the term was over-hyped, and the space, in reality, did not have many users back then. As they discussed what could be the next killer application for the blockchain industry, the two found themselves finishing each other’s sentences in an almost telepathic way!

The two frantically drew up graphs, diagrams, and began asking friends about whether they would see potential in creating a new DeFi-specific blockchain. Many were initially confused, but the pair found a core group of people that expressed interest in peer-to-peer financial transactions that were extremely fast and low cost to transact on.

After weeks of research and planning, the two began building DeFiChain – a blockchain designed only for DeFi dapps, and is non-Turing complete to reduce smart contract errors (which is extremely important for finance-related transactions). This ensures that only financial transactions are possible, instead of having games and casinos clogging the ecosystem and causing high transaction fees. Unlike most of the other DeFi projects that are built on the Ethereum network, DeFiChain is built on bitcoin (as a software fork) and is anchored to the bitcoin blockchain (via Merkle root) every few minutes for maximum security. 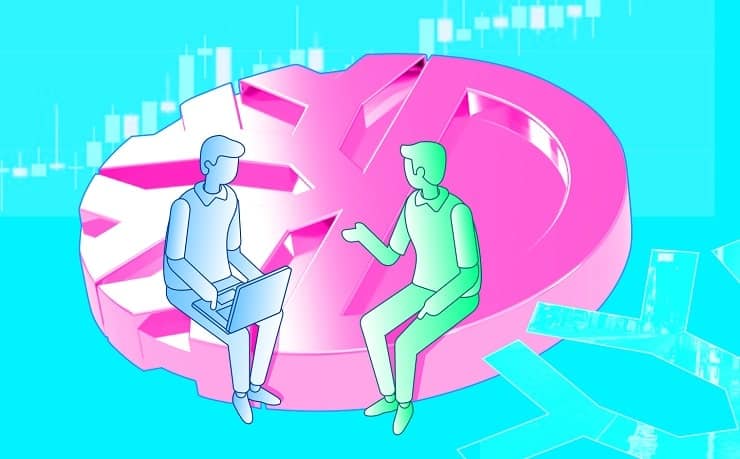 Since then, the DFI token has seen steady growth in price, gaining over 50% in the few months since trading started. A new wallet has been launched and the foundation is on track to release various new features in Q3 2020, including asset tokenization, a decentralized exchange, as well as being listed on tier one exchanges. DeFiChain is operated on a POS consensus mechanism, with staking rewards possibly hitting 50% in the first year.

As a related project, Julian and U-Zyn also founded Cake DeFi – a highly transparent one-stop solution for lending and staking crypto. Cake currently offers up to 9% APY interest on BTC and ETH lending, one of the highest in the industry. The company has been blasting through its milestones ahead of time and is also launching USD lending, and a fiat onramp for easy credit card to crypto conversions.

Cake and DeFiChain are expanding rapidly and are currently hiring for various roles, including Visual Designer, Head of Marketing, Head of Communications, and developers skilled in C++ and Javascript.