Last year it was the capitulation candle to $3122 that was achieved on December 15. This year’s December isn’t disappointing the bears at all: from the monthly high that was reached on Dec 4 at $7770, down to $6530, which is the current low on Bitstamp as of writing these lines.

The bearish momentum is all over, and if you were following, we had stated that here in the previous price analysis posts over the past week.

Technically, we can see the apparent breakdown of the mid-term ascending trend-line at $6970, the trend-line that started forming in April, marked on the following daily chart.

Following the breakdown, we can see the candle close of Monday below it, while Tuesday’s candle went up to confirm it as support turned resistance line. From there, the bloodbath had begun, whereas Bitcoin plunged almost $500 in 24 hours period.

The next target we mentioned was $6500, which is the current low. As can be seen on the daily chart, this is also the November 25 low. However, back then, it ended up as a daily candle’s wick and just four days ago the price recovered up to $7870. In this case, the story is different.

The only bullish possibility is in case this setting turns into a double-bottom or a “W” shape pattern, where Bitcoin would have to break above the $7700 resistance line to return bullish. As of now, this looks far from reality, but things can change quickly in crypto.

Ethereum is not left behind

As stated here on the previous analysis, the significant altcoins are dropping in their Bitcoin value. This can tell us on funds leaving the crypto markets. In my opinion, as a first sign, we will have to look for a correction in those altcoins (i.e., Ethereum, Ripple) to start thinking of a possible break in the downtrend.

From the bullish side, in the case of a correction, the first major support turned resistance level is $6800. Further above is $7000, along with the mid-term ascending trend-line.

The RSI is now at 30, which might serve as temp support. So far, no divergence, or nothing indicating of possible accumulation.

– Trading volume: The trading volume indeed rose; however, this is far from the peak levels of November. It might also be related to the fact that many traders are off on their end of the year’s vacation, which is another key to keep in mind till January 2020. 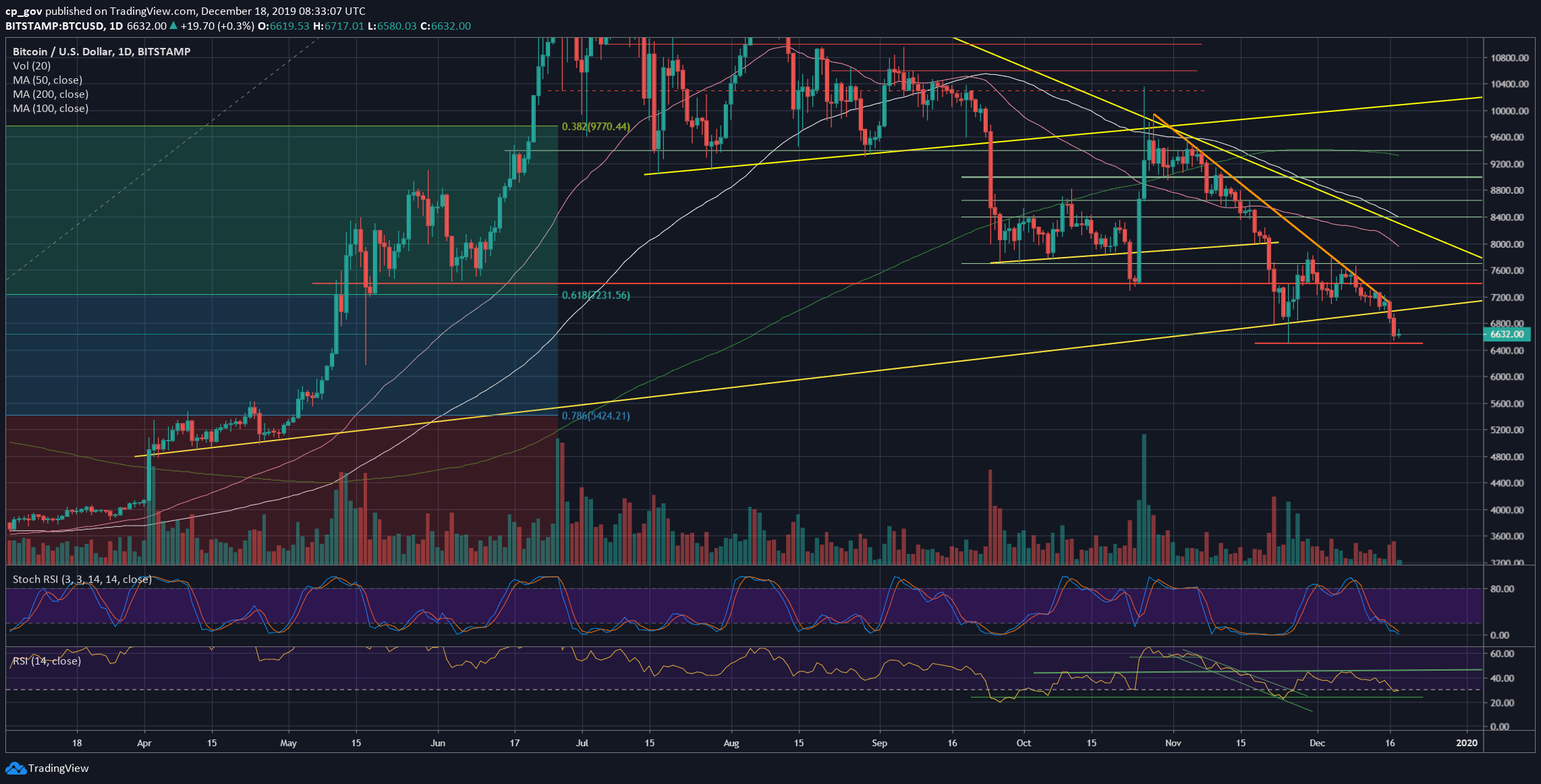 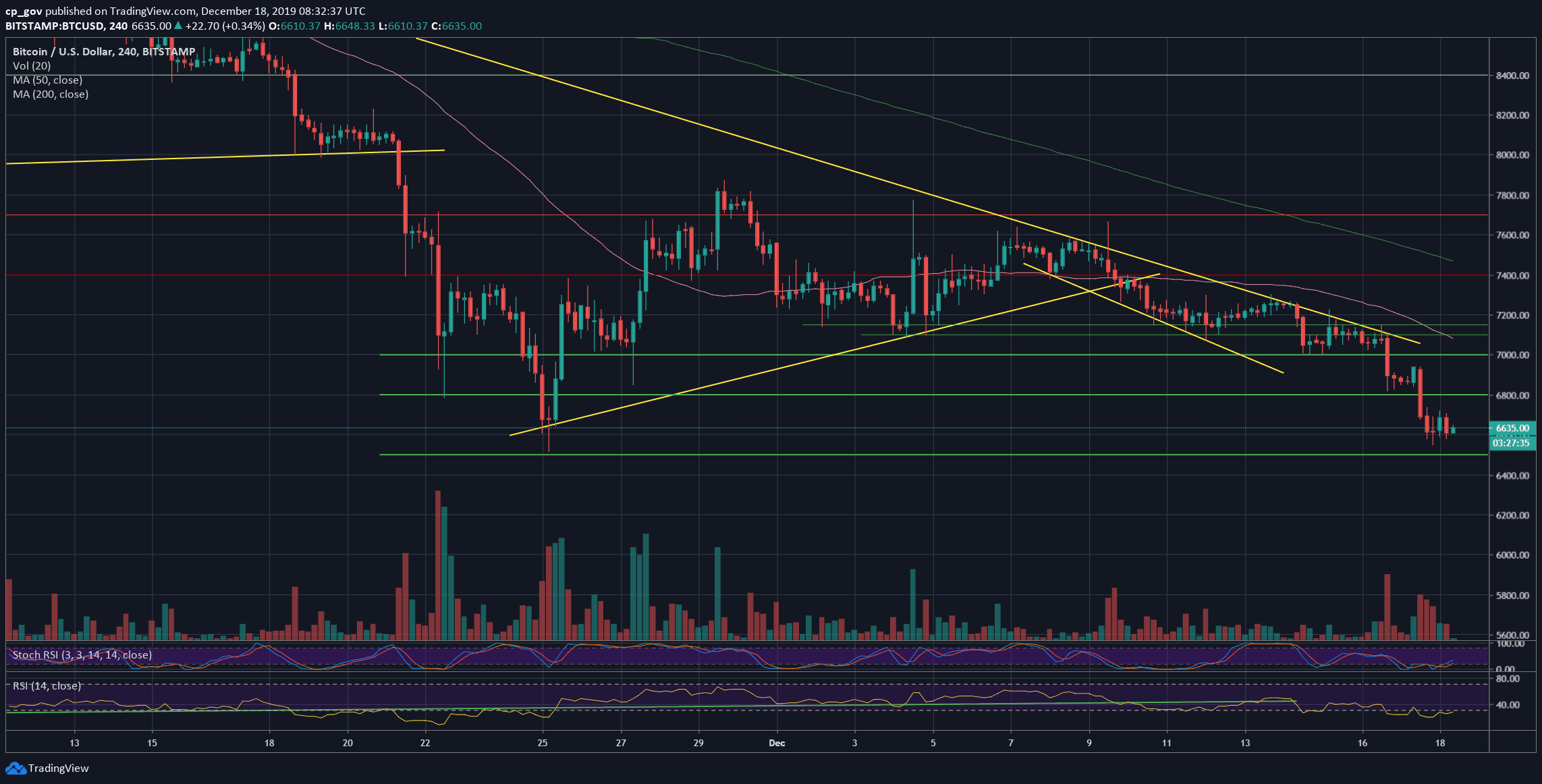