Since breaking the $8600 resistance two days ago, Bitcoin had continued its surge directly to the upper ascending line, the one that is marked on our following 4-hour chart.

It looks like Bitcoin’s rally got a (temp?) ‘roof’ at that ascending trend-line. Why a temp roof? If Bitcoin would like to reach new highs, it’s advisable to do it slowly with corrections and not just a parabolic race (as we had seen during last June).

Besides, As shown on the 4-hour chart, the correction we see so far correlates with the 38.2% Fibonacci retracement level of the recent move (roughly at $8,570).

Another thing to note is the unique situation, where the altcoins are rising more than Bitcoin, as can be said by looking on the Bitcoin dominance dropping towards 66%. This might be a sign that new money is entering the cryptocurrency markets (and not that altcoins are sold for Bitcoin, again, as happened during the bull-run of June 2019).

Key Levels To Watch & Next Targets

– Support/Resistance levels: Since reaching $8900, Bitcoin had gone through a correction, and now facing the $8600 resistance turned support level, along with the 38.2% Fib retracement level ($8570).

In case the above level won’t hold, we could expect Bitcoin to retest the next support level, which is the significant $8400 zone, along with the ascending trend-line shown on the daily chart and the 61.8% Fib level. Further down is $8300 and $8200.

– The RSI Indicator: On our recent analysis, we pointed out the bearish divergence on the RSI, which could have told that the end of the bull-run is near. Looking at the current state of the momentum indicator, we can still that despite the drop, the RSI is still on the ascending track.

– Trading volume: The mini-rally we saw two days ago had marked the highest volume day since the 25 of November 2019, which is impressive. 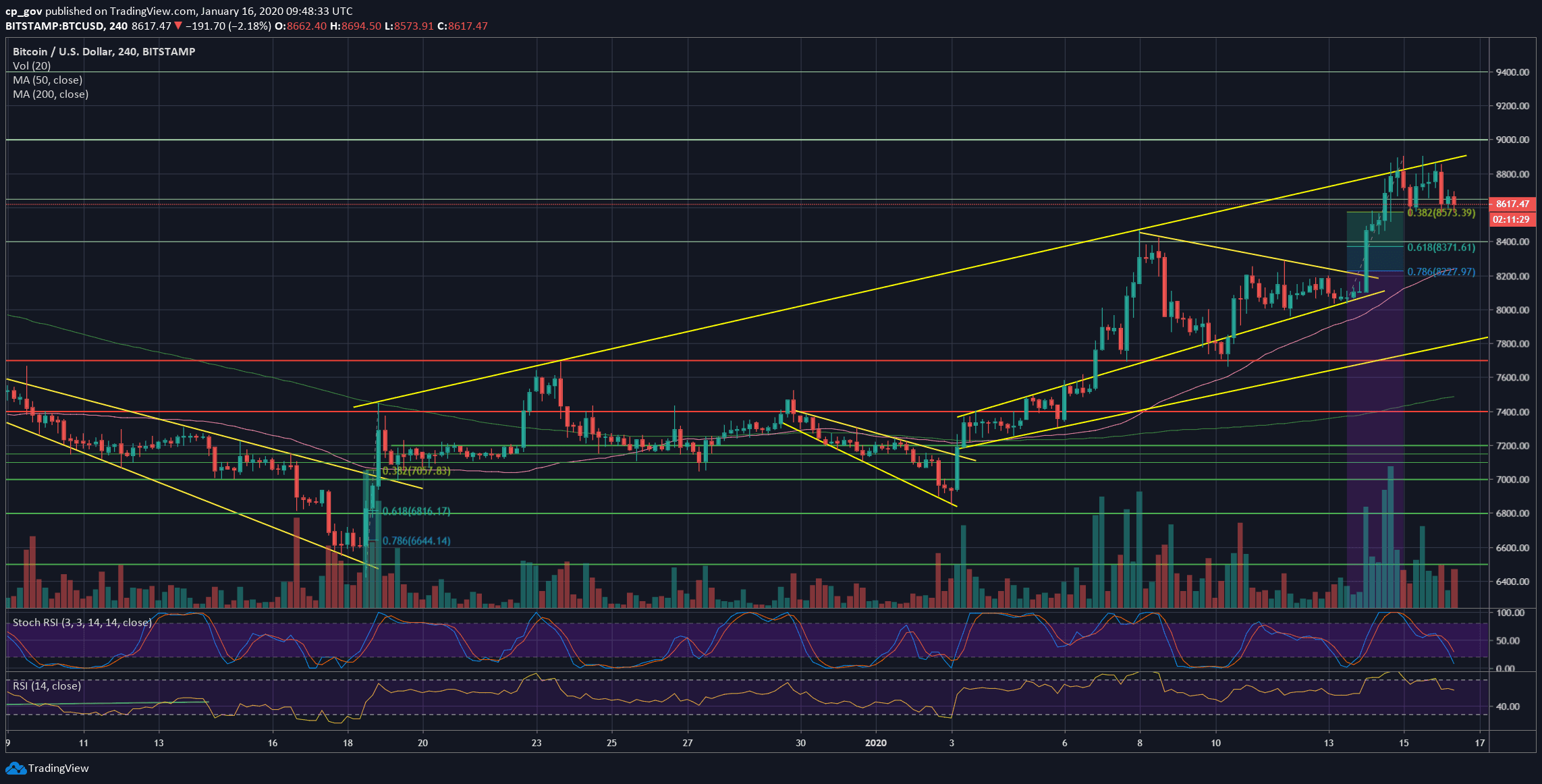 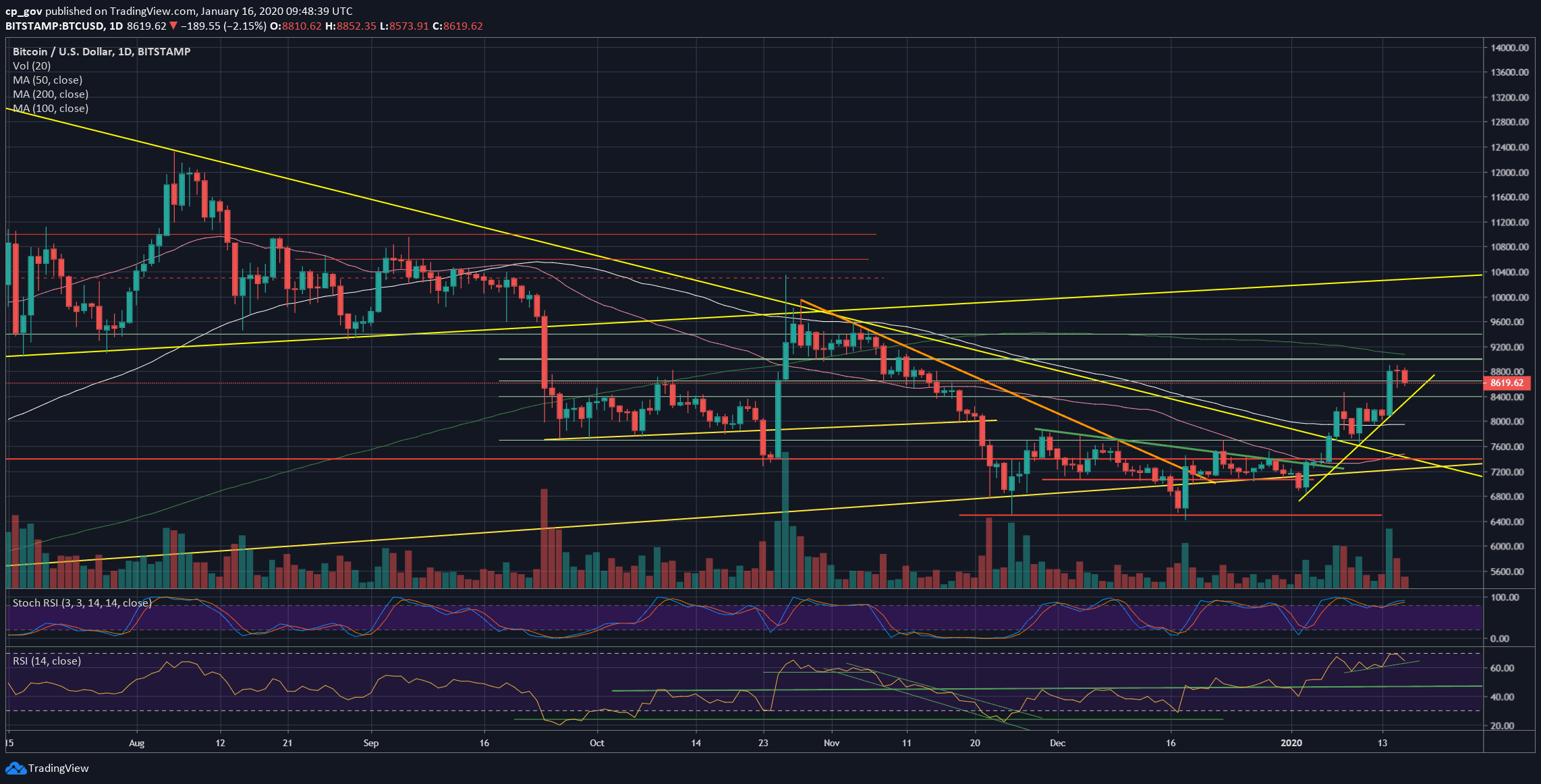