Today is the first day of August, and this means that a few hours ago, the monthly candle of July closed.

A surprising fact is that only once in its history, Bitcoin had recorded a monthly close higher than yesterday’s – and that was during December 2017 – the peak of the bubble.

After two months of dull price action, while Bitcoin was mostly traded at around $9200, there came the breakout. And what a breakout it was.

Looking at the following weekly chart, we can clearly see that the current bullish move started upon breaking $9200, and most importantly, was breaking above the descending trend-line. Yes, the line that begun forming during December 2017 – Bitcoin’s all-time high near $20,000.

There are still two days to this impressive weekly candle; however, as of now, it is hard to believe that the candle will close below the weekly line (around $10,200).

The state of Bitcoin is now parabolic. Remember the past two times Bitcoin entered such mode: November 2017 and June 2019. In a matter of 3-4, Bitcoin doubled and tripled its value. So, things can get happen fast this time as well.

However, keep in mind that when possible price corrections come – it will hurt. Also, the indicators are overextended. The daily RSI is at its highest level since June 2019.

Looking at the following daily chart, we can see Bitcoin currently surpassing a critical ascending trend-line together with the horizontal resistance at $11,600.

A daily close above it will fuel the continuation of this move towards $11,800 (resistance from March 2018) and the psychological level of $12,000. 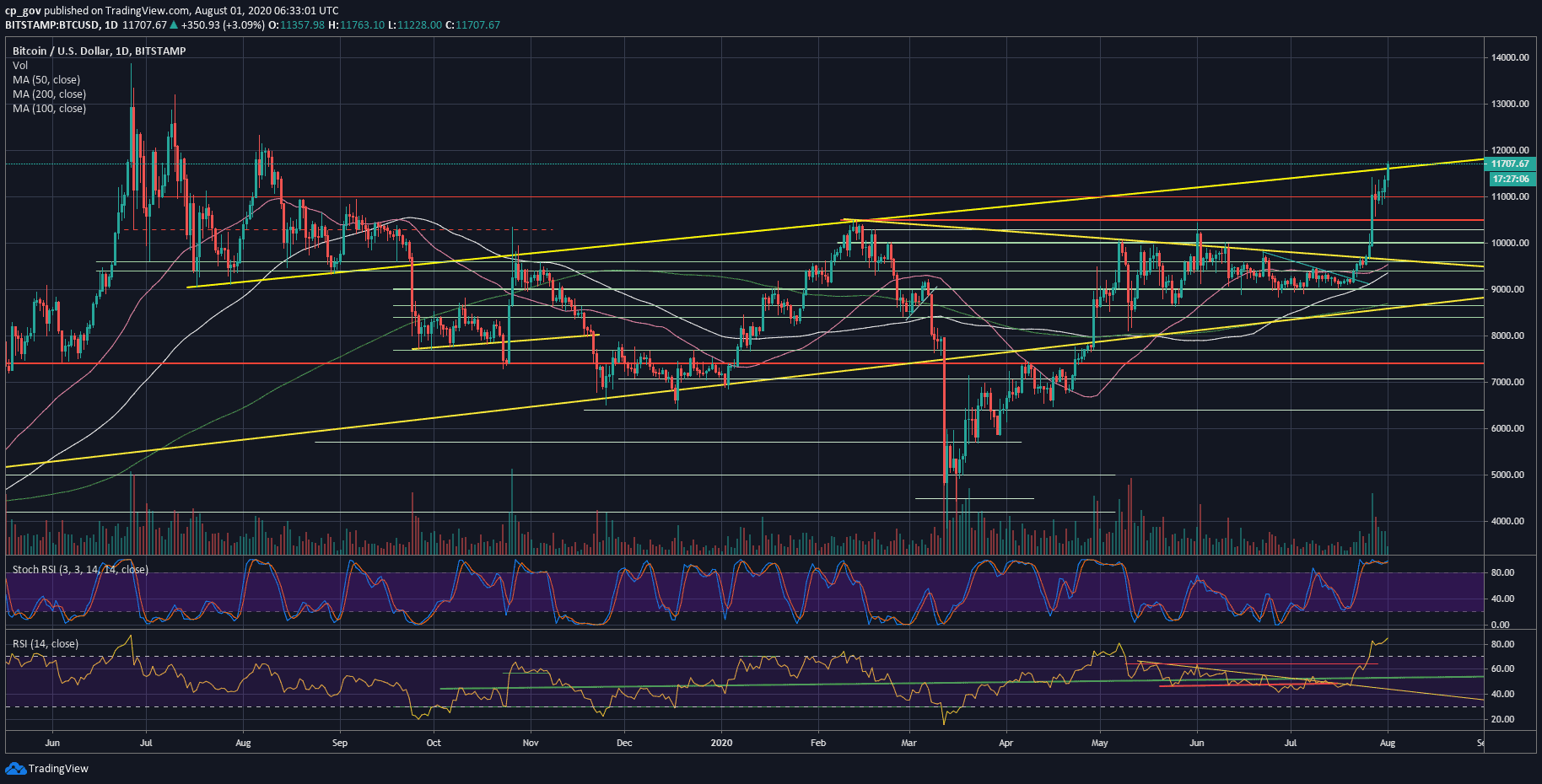