The majority of voters in a recent poll think that Bitcoin will surpass its all-time high of $20,000 in 2020. This comes just one day after an impressive price surge of almost 8%, confirming the generally positive sentiment in the community.

The cryptocurrency market experienced a serious price increase yesterday, as the total market cap surged by nearly 10%. Bitcoin was among the leaders in the move, recording a 7.5% gain throughout the day that took it from $8,100 to above $8,800 at one point.

As a matter of fact, this is not an isolated price increase. Bitcoin has been on quite the positive run of 18% since the start of 2020. Consequently, most of the community seems to think that the bullish trend will continue this year, according to a recent poll conducted by the popular trader – Alex Kruger. 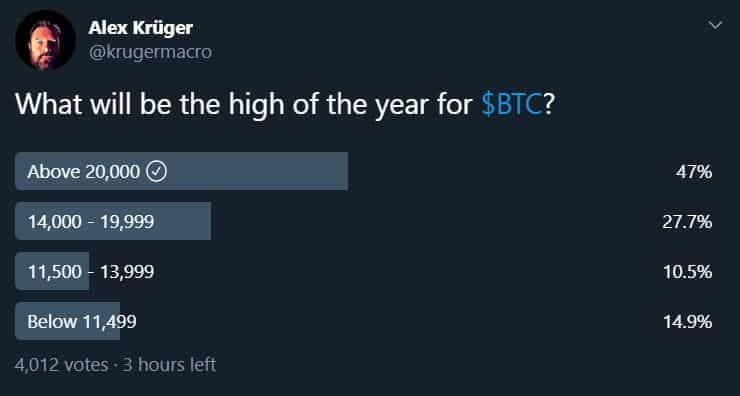 Whenever a radical price movement occurs, it’s understandable that people’s beliefs might follow along. For instance, back in September, Bitcoin had lost $2,000 in just a few days, and another poll indicated that negativity was the key sentiment at that point. 72% voted that BTC will continue to drop. Yet, the largest crypto tends to do often the exact opposite of what people expect, and less than a month later, it skyrocketed by 40%.

In addition to the market sentiments, one could also consider the popular measuring service – the Fear and Greed index. It provides aggregated data based on the most recent volumes, volatility, Bitcoin movements and dominance, social media, and, in fact, surveys. 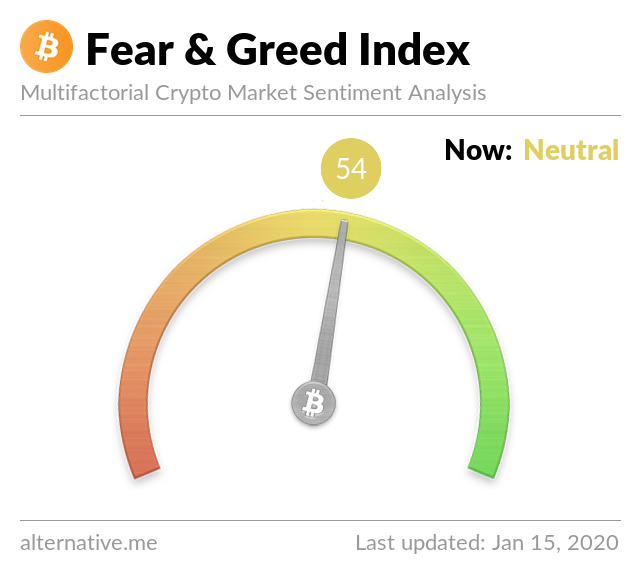 The index displays that the current sentiment is at 54, which a neutral zone in the middle between fear (below 45) and greed (above 55). As Cryptopotato reported less than a month ago, the same index was at 23, showing extreme fear in the market. Moreover, people seemed to believe that Bitcoin will be plunging to around $5,000 at that point.

However, the 2020 bullish run has turned the sentiment around, and it’s now much closer to “greed.” This comes to show that the price movements have a severe impact on the short-term feelings and predictions among the community.